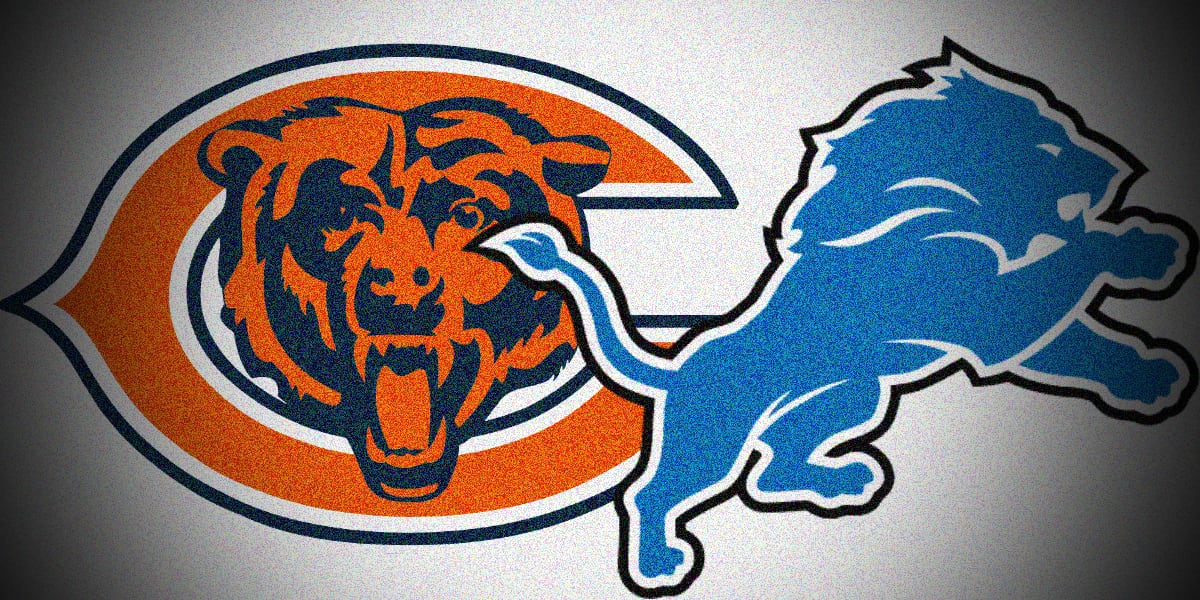 The Chicago Bears are the gift that keeps on giving (that is, if you’re in the market of being gifted soul-crushing blows every other week). After arguably the worst loss we saw in quite some time last Sunday against the Browns, we’re back in the saddle and ready to be hurt again this weekend. Or maybe not! Because … football.

The Bears welcome the Detroit Lions to town this week, the 0-3 Detroit Lions at that, and we’re hoping that this game can be a complete palate cleanse for … whomever is picked to be the starting quarterback.

I say that because Matt Nagy is not yet ready to make that decision and won’t make it until Sunday.

Alright, but the Friday injury report listed Dalton as questionable and Fields as a full participant. So, there’s that bit of optimism for those hoping that Fields is the guy this week.

Friday’s Bears Injury Report is a Surprising Source of Optimismhttps://t.co/nvsbMyHMYU

After Matt Nagy spent the week asking his offensive players for suggestions and keeping the public and media in the dark on who’s calling plays and who’s taking the snaps for this week, we can only hope, for the sake of whoever starts, that Nagy will have a better game plan in place for his QB this Sunday.

The Lions are 0-3, and we should feel good about the prospects of a bounce-back win this Sunday, but I can’t shake the feeling that if anyone can mess this one up, it’s the guy who is (maybe?) calling the plays. So let’s take a look at this beauty by Ariel Sinha to make us feel better and then get into the weeds on this matchup.

The DraftKings SportsBook lists the Bears (1-2) as 3-point favorites against the Lions (0-3). Over/under: 41. More on the odds and ATS picks here.

The Bears lead the all-time series against the Detroit Lions 102-75-5, but the Lions won the last contest between the two when they topped the Bears 34-30 on December 6, 2020. Before the late-season loss to the Lions last year, Matt Nagy was a perfect 5-0 against Detroit during his time in Chicago.

David Montgomery got just 12 touches last week. Twelve touches for a guy who is arguably the most important piece of this offensive attack this season is just not going to cut it. Montgomery carried the ball 10 times for just 34 yards, 16 of which came on one run, leaving him with just 1.8 yards per carry on his other nine carries.

In David Montgomery’s best games he’s getting more than twice the amount of carries that he saw in Cleveland. He’s a better-by-carry type of back. Don’t believe me?

Taking this a step further; in nine career games with 20-plus carries for Montgomery he has racked up 847 yards and six touchdowns on 209 carries (4.05 YPC). The Lions are a defense that has been getting gashed by the run game, allowing 4.2 yards per carry to opposing teams while allowing a whopping 31.7 points per game (31st).

Eddie Goldman returns to the lineup for the first time since the end of the 2019 season. Goldman played has played a crucial role for the Bears’ defense when healthy, and the impact of his absence has been felt since he opted out of the 2020 season due to COVID-19 concerns.

Goldman can help provide a presence up the middle for the Bears who will surely have their hands full with D’Andre Swift when the Lions have the ball. It’s Goldman’s first action in some time, but if he picks up where he left off, he’ll provide the Bears defense help in their ability to continue to keep the offense in ballgames until they figure it out.

Roquan Smith  has become the face of this Bears defensive unit. He is everywhere on the field, and it feels like he’s on the ball on every single snap that he plays. Montgomery’s former teammate at Georgia, and current Lions running back, D’Andre Swift, knows it. Of his time against Roquan Smith when he was a freshman at Georgia in 2017:

“I was going against him a lot,” Swift said to the Detroit media this week. “He was fast, sideline to sideline. One of the best cover linebackers I went against still to this day.”

Sunday will very much be a battle between Roquan Smith and D’Andre Swift. Swift leads the Lions in rushing yards (123), scrimmage yards (289), and receptions (19), and Smith leads the Bears in tackles (30) by twice as many as the next guy (Eddie Jackson with 15) and has a sack, and an interception, and a touchdown. Look for another big day for No. 58 if the Bears are successful against Detroit this Sunday.