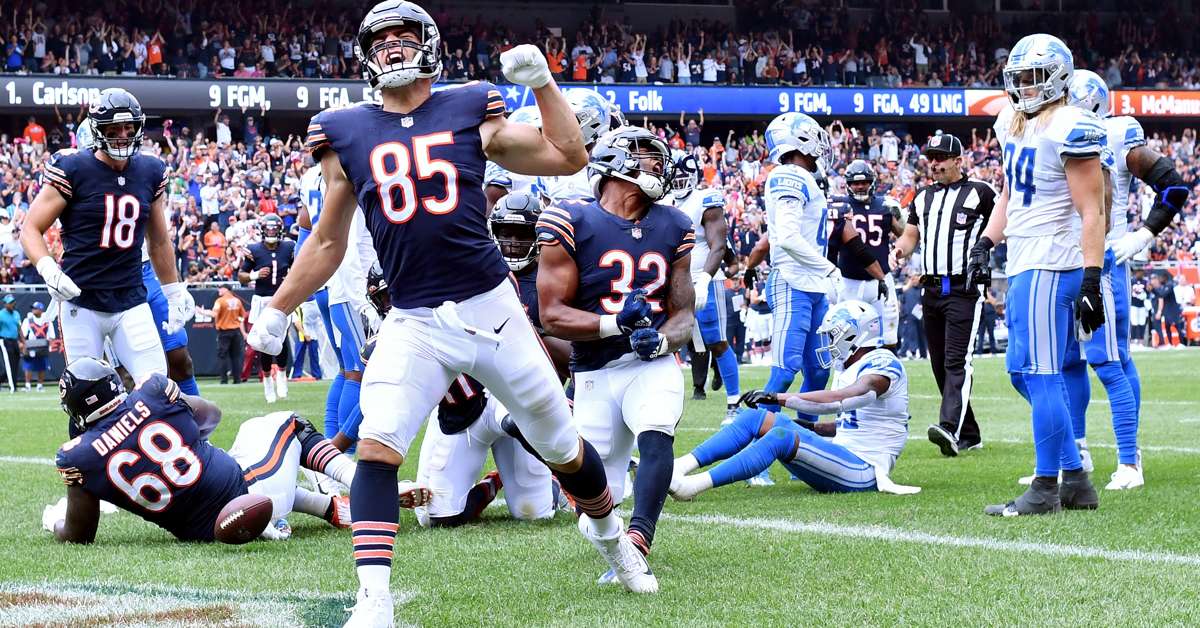 Maybe it’s the Mystery Play-Caller effect. Or perhaps this is a result of playing the Lions. Whatever it is, it’s working for the Bears through one half of football.

The Bears have a 14-0 lead against Detroit going into the break. But the story should be more about how they got there and not that they’re there in the first place. Can’t lose sight of the forest through the trees:

⇒   David Montgomery already has 15 carries and 65 rushing yards to go along with not one, but TWO TOUCHDOWNS. Montgomery’s ground gain have been the result of a balance play-calling effort by whomever Matt Nagy tabbed for those decisions today. The Bears have 10 passes, 18 designed runs, and one quarterback running scramble. That’s striking the type of balance we’ve been craving for some time.

⇒   Justin Fields has looked much better than he did last week. Sure, some of it has to do with the opponent. But there is no need to look past a good thing when it is staring you in the face. Fields was 6 of 9 for 109 yards and a 108.1 passer rating before that tipped-ball interception. I could nit-pick mechanics that, if just a bit quicker, might’ve avoided that mess altogether. But there’s no need to overanalyze that micro-moment right now. Not when the good outweighs the bad.

⇒   How about that Bears defense? Sean Desai’s gang is cooking up some good stuff. This unit already has one sack, 2 QB Hits, 3 tackles-for-loss, and two fumble recoveries. Robert Quinn’s redemption tour continues to go strong with aa sack, tackle-for-loss, and QB Hit on his ledger.

Another half like the first, and the Bears will be 2-2 after four games. And that will have us in different discussions than we were in previously this week.

The only bummer to this point is with Akiem Hicks:

Akiem Hicks banged up on first defensive play of the game.

Akiem Hicks is headed to the locker room.

Well, that’s a trio of tweets you don’t want to see. Hicks went down with an injury on the first defensive snap, went sent to the locker room, and his status has been deemed questionable to return. He hasn’t been back yet, so we’ll continue to hold out hope (while also monitoring the wire for progress).