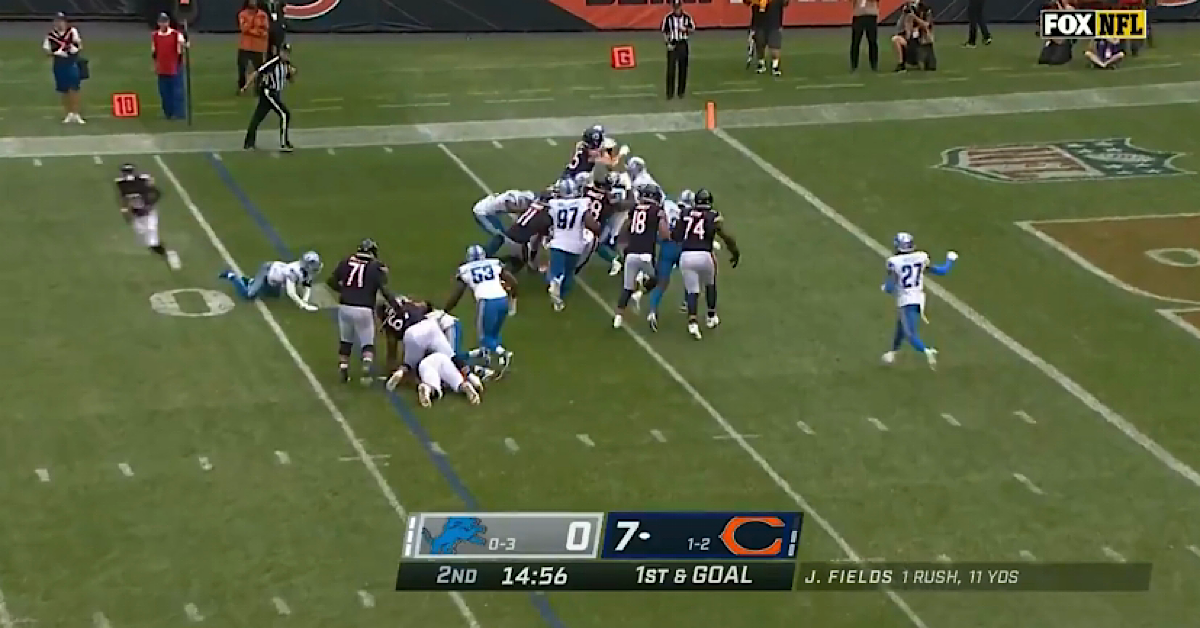 It isn’t a Bears-Lions game until the Lions do something Lions-y.

And this is as Lions-y as it gets:

OPE! Let me just squeeze by and take that from ya! pic.twitter.com/T3uKwbcZ4X

After an unnecessary roughness penalty gave the Lions 1st-and-Goal, Jared Goff and the Lions immediately coughed it up. I’ve never seen anything like that before, and doubt I’ll see it again. Well, unless the Lions are involved.

That bit of ridiculousness put the Bears on the move again. First with this Justin Fields throw:

And this David Montgomery scramble:

It’s an early 14-0 Bears lead. And life is good for the time being.