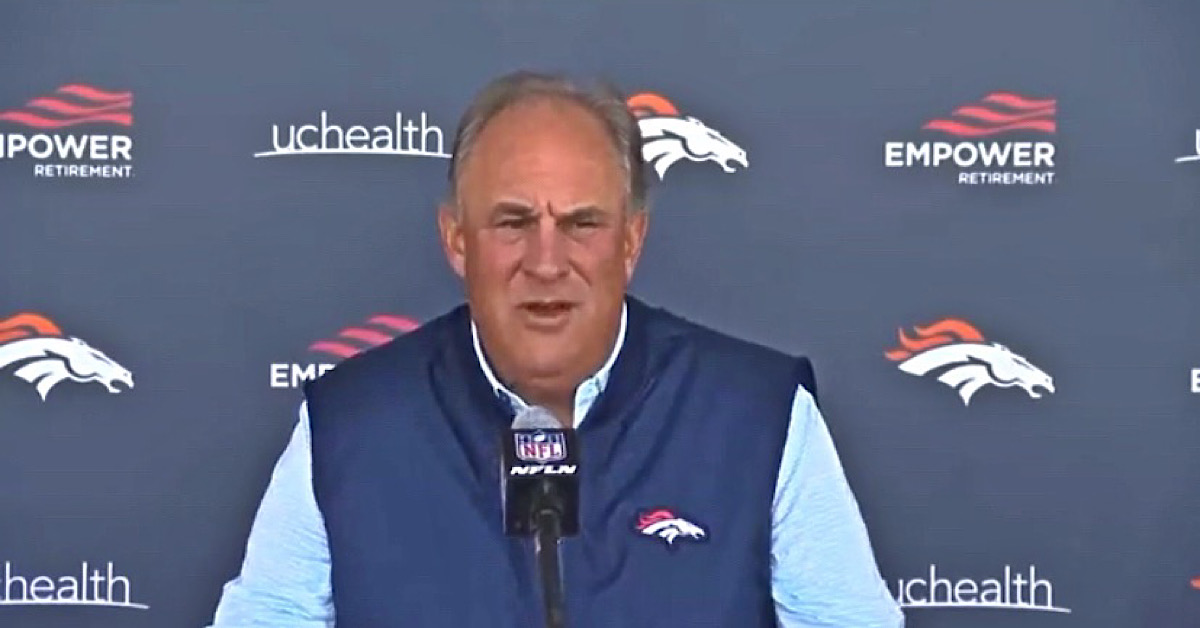 Anything can have a different meaning for everyone if you think too hard about it.

Take for example Ravens Head Coach John Harbaugh, who thought it was “meaningful” for his team to finish its 23-7 win against the Broncos with 100 rushing yards. And in doing so, went off-script and against tradition by opting to run the ball up 16 with three seconds left instead of kneeling. Harbaugh framed it as a moment in which he was doing right by the players and coaches for whom this means something for:

John Harbaugh on running for the record instead of kneeling:

“100 percent my call. That’s one of those things that’s meaningful. As a head coach, you have to be mindful of your players and your coaches and what it means to them.”

But on the other side of the field, Broncos Head Coach Vic Fangio was big mad about it:

WATCH: The Broncos sideline was enraged as the Ravens decided to run the ball on the final play of the game rather than take a knee. #9sports #BroncosCountry pic.twitter.com/QshWgAbkpX

Broncos HC Vic Fangio thought the Ravens’ run at the end of the game was “kind of bull****” and notes he’s never seen anything like that in his 37 years of coaching in the NFL. pic.twitter.com/TltszwLKmW

“I thought it was kind of bullshit,” Fangio said in his post-game press conference. “But I expected it from them. … I just know how they operate. That’s just their mode of operation there. Player safety is secondary.”

All right, so Fangio was not thrilled with how the Ravens handled things at the end. Maybe the Broncos should’ve done a better job stopping the Ravens’ ground game earlier. Had they done so, an attempt to gain three yards in a game’s waning moments wouldn’t have been a big deal. Instead, we’ve got a pair of coaches leading 3-1 teams beefing in public. Is it silly? Absolutely. But is it hilarious? Very much so. I’m getting entertainment out of this.

And to think, the barking isn’t over yet:

Harbaugh said he wasn’t aware of a 16-point play so he questioned what Broncos throwing ball into end zone with 10 seconds left had to do with winning.

I don’t tend to have rooting interests outside of the Bears that don’t have a connection to my fantasy football teams. But I’m now pulling for a Broncos-Ravens playoff matchup because I want a week full of cross-country sniping between two coaches. Because nothing brings us together like watching rival coaches rip each other apart with quotes.