Hmm: The Cowboys Are Cutting Jaylon Smith, Who is Just Two Years Removed From Being a Pro Bowl LB Skip to content 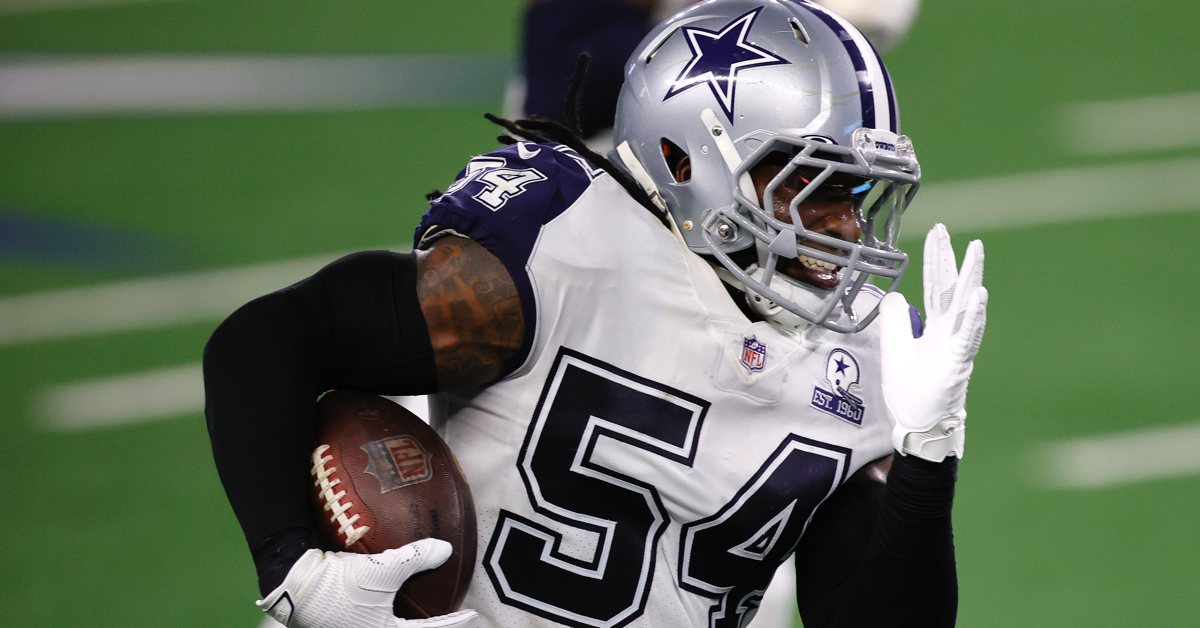 Every so often, a surprise cut comes down in the NFL and it catches my attention.

And then there is one like this that makes me go hmmm:

ESPN’s Adam Schefter reports the Cowboys are releasing linebacker Jaylon Smith. Schefter describes it as an in-season surprise, and frankly, I couldn’t have put it better myself.

Smith, 26, is two years removed from being a Pro Bowler. And one year ago, Smith’s peers throughout the NFL voted him as a top-100 player (88th overall). The start of the 2021 campaign hasn’t been kind to Smith. Through four games, the middle linebacker has 0 sacks, 0 tackles-for-loss, and 0 quarterback hits. Smith has played on just 56 percent of Dallas’ defensive snaps, which is a steep drop-off when you consider he was in on more than 90 percent of the unit’s snaps in each of the three previous seasons. The Cowboys still owe Smith more than $7 million in salary, so they must not like what they are seeing to this point. But any team signing Smith could get the benefit of signing a player at a discount while Dallas pays off a healthy chunk. Hence, seeing Smith hit the wire is interesting.

For what it’s worth, Smith is Pro Football Focus’ 11th-highest-graded linebacker after four weeks. Smith’s 69.5 grade is better than Bobby Wagner (69.1), Fred Warner (57.5), and Roquan Smith (46.9). PFF also has high praise for Smith’s efforts in coverage. Smith’s 82.2 coverage grade is the third best among linebackers. Given this set of data, now I’m even more confused as to why Dallas is dropping Smith.

Because Smith is a high-profile name, who went to a big-time university (Notre Dame), and leaving a team constantly under the microscope (Cowboys), there will be some who want the Bears to kick the tires on him. So, let’s discuss that for a moment.

Part of me is unsure where the fit would be on this team. With Alec Ogletree serving a fill-in role and Danny Trevathan making his way back from IR, I’m not sure where Chicago could squeeze Smith into this defense. But on the other hand, that 82.2 coverage grade stands out. Teaming Roquan Smith with a younger player who owns an intriguing pedigree could be worth rolling the dice. And if the Bears can improve in that area with aa midseason addition, it wouldn’t be the worst thing that could happen.