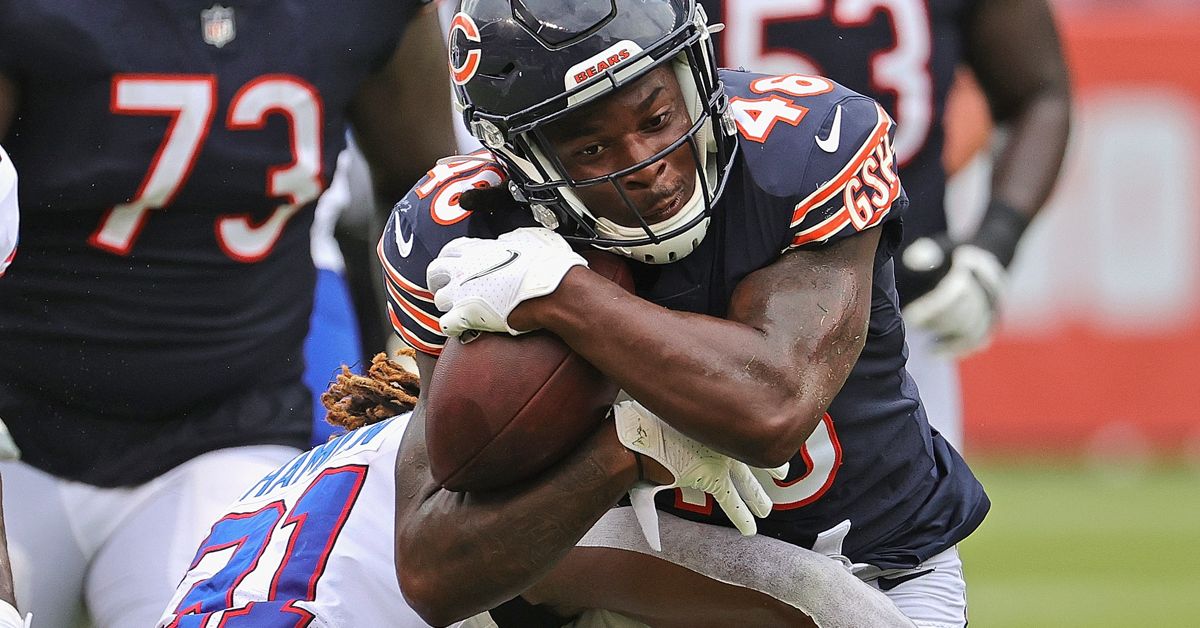 There are plenty of moving parts flying around in Bears country today, which is to be expected with news of running back David Montgomery set to miss time coming down.

In that vein, the Bears are bringing back a familiar face:

Pierce will be signed to the practice squad. The team already has RB Ryan Nall on the PS. Expect one of them to be moved to the gameday roster Sunday at Las Vegas. Possibly both if RB Damien Williams (quad) is not available. There's a decent chance DW plays this week.

Artavis Pierce is joining the Bears’ practice squad in a move that helps Chicago’s football team round out the running backs room and could help bridge the gap to Montgomery’s return.

Pierce, 25, has six rushes for 34 yards in 5 games he made appearances in as a rookie in 2020. The Bears first brought Pierce into the fold in April 2020 after he wasn’t chosen in that NFL Draft class. Pierce also spent time with the team in training camp and the preseason, but did not make the 53-player roster to start the year. For what it’s worth, the Oregon State product led the Beavers with 873 rushing yards as a senior in 2019. So, in addition to familiarity with the team, his position coach in college (Michael Pitre) serves in that role with these Bears. In other words, there is familiarity all around at Halas Hall.

What the Bears do at running back is up-in-the-air at this point. Damien Williams is coming off a week that ended with him getting a thigh bruise. Although, it sounds like things are lining up for Williams – health wise – to take over starting RB duties. Khalil Herbert should make the move up the depth chart to RB2 status. This could leave Pierce and Ryan Nall battling for a game-day promotion from the practice squad to the active roster. We’ll see how things shake out as other roster considerations come down.