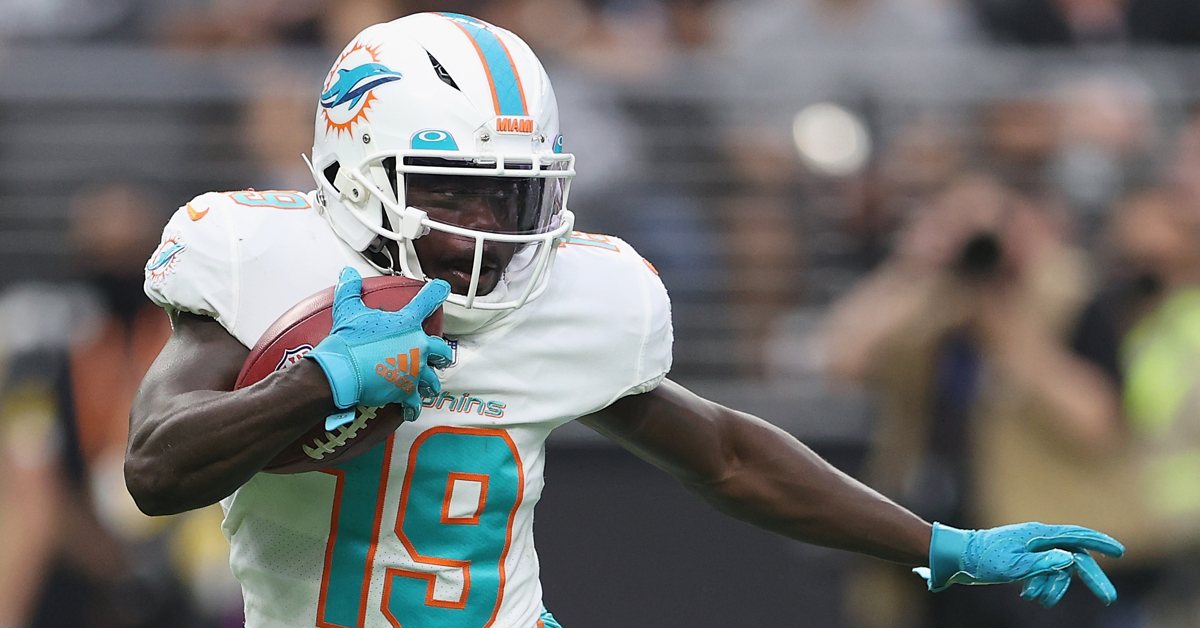 Ryan Pace has a penchant for pulling off trades no one saw coming.

But this is on another level of obscurity:

Trade! The #Dolphins are sending WR Jakeem Grant to the #Bears for a 2023 sixth-round draft pick, per sources.

Well, hello there! I didn’t have a Bears trade on my Tuesday BINGO card. But you should know by now how much I love surprises.

NFL Network insider Tom Pelissero reports the Bears are trading a 2023 sixth-round raft pick to the Dolphins for receiver Jakeem Grant. Chicago’s coaches and staffers must’ve been mindful of liking what they saw from Grant in Bears-Dolphins joint practices this past summer. Or that 34-yard punt return in the preseason lid-lifter. In any case, Grant is on his way to Chicago.

Pay no mind to the WR designation next to his name. Grant has two receptions that have gone for minus-7 yards in four games this season. And over the course of his career, Grant has a grand total of 91 catches, 1,001 receiving yards, and 5 touchdowns 70 games. Grant’s calling card is as a return specialist. He has 101 punt and 89 kick returns under his belt. Perhaps more important than that are his five return touchdowns. Having an explosive return specialist might feel like a luxury (especially in this season…), but it’s a fun one to have.

Plenty of angles are likely factoring into this move. Nsimba Webster is struggling to make an impact in the return game. Khalil Herbert is set to get more carries while David Montgomery is out. And 2018 first-team All-Pro returner Tarik Cohen is still on the mend and residing on IR. So, through that lens, maybe it makes sense to send a pick that is two years from being useful to bolster depth? Even still … really? This is all a bit off to me.

This feels like a good time to point out the Bears’ general manger and head coach aren’t even under contract through 2023, their star running back is about to miss one of the toughest stretches of the schedule, and the team’s playoff odds are … not great. And this might be a good time to ask out loud why Chicago’s upper management is green-lighting a trade of future draft capital on a season in which the team is struggling to find its footing and a direction at quarterback. But I suppose job preservation and issues elsewhere tends to make folks engage in risky business.