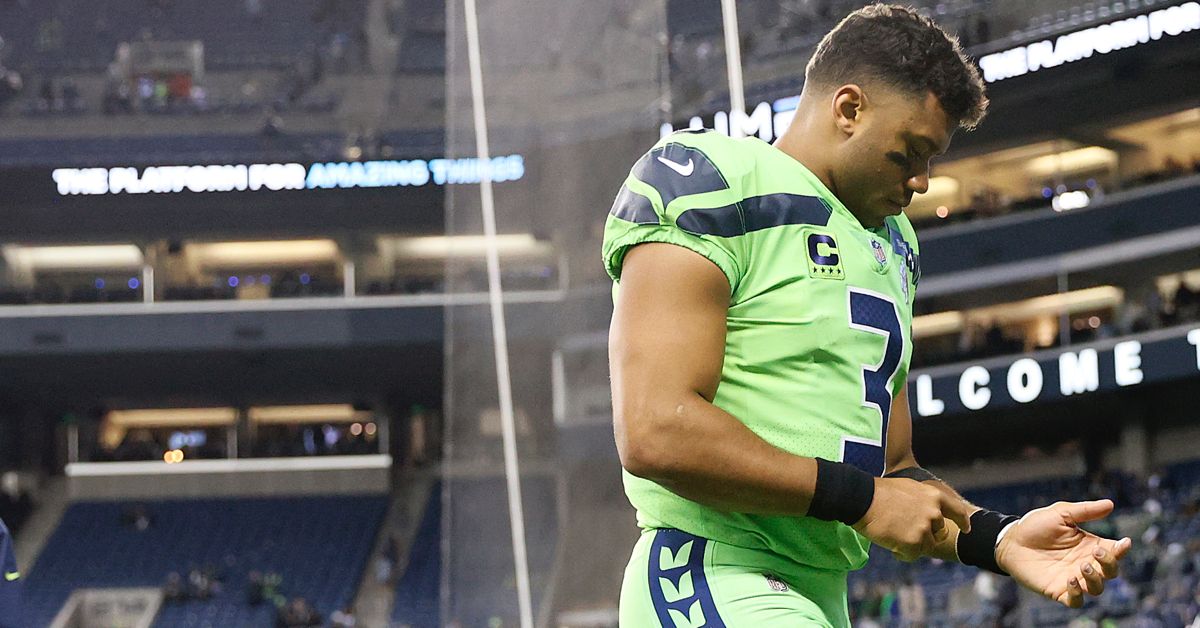 After a topsy-turvy offseason in which Russell Wilson’s agent name-checked four teams his client would accept a trade to, Wilson using back-channels to compliment the Bears, and rumors buzzing about a potential deal throughout the offseason, the Seahawks eventually settled in with Wilson as their starting QB to begin 2021.

Things were the same as they ever were in Seattle.

But after suffering a finger injury in the team’s TNF loss to the Rams, Seattle will soon get a taste of what life could be like without Wilson pulling the trigger:

The Seahawks are preparing to be without Wilson for quite a bit of time. ESPN’s Jeremy Fowler reports Wilson could miss at least a month, with a timetable for return extending to the 6-8 week range because of a ruptured middle-finger tendon. Sounds painful. As does the ideal that the injury likely requires surgical repair, which will put Wilson — who has started 149 straight games to begin his career — on the sideline for a while.

Assuming the 6-8 week timetable is accurate, Wilson could be back as early as Week 14 against the Texans. Maybe he’ll return for a Week 15 NFC West rematch against the Rams. Or perhaps Wilson will be under center by the time a Week 16 game against the Bears kicks off. But if the Seahawks are truly thinking about Wilson’s long-tom health, would they play him at season’s end if backup Geno Smith can’t handle business in his absence? I suppose time will tell.

In the meantime, I’ll be curious to see how the playoff picture in the NFC shapes up if Wilson’s absence leads to the Seahawks dropping out. At 2-2 entering Week 5, the Bears currently sit tied with the same record as Washington, San Francisco, and New Orleans. Washington holds the top tiebreaker between the teams, but the Bears currently have tiebreakers on the Niners and Saints. Without getting too deep in the weeds, a win on Sunday could lead us to have serious conversations we weren’t preparing for this time last week.