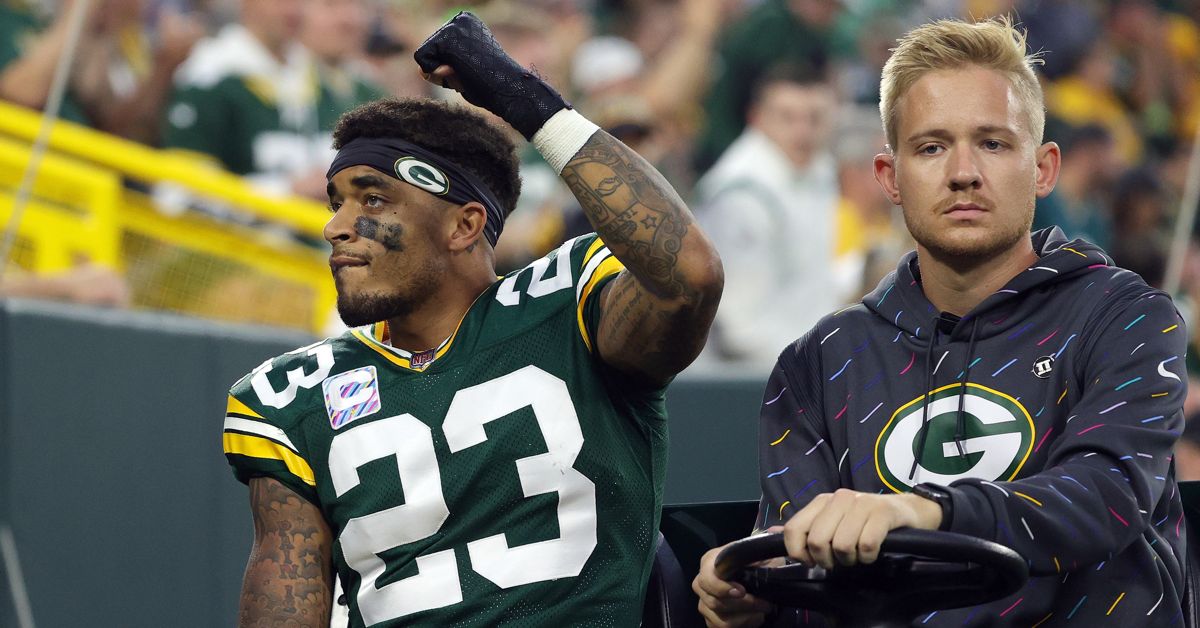 Sure, the Bears still have business to take care of tomorrow in Vegas. But an important news nugget regarding next week’s opponent came across the wire earlier this afternoon and I can’t look past it.

The Packers announced cornerback Jaire Alexander is going on injured reserve. A stint on the IR now means Alexander will miss at least three weeks of action. And if you’re willing to allow yourself a moment to look ahead, you’ll know this news means Alexander will miss next week’s game against the Bears. He’ll also miss this week’s matchup against the Bengals and the team’s Week 7 showdown with Washington. In any case, I’m not above stating the obvious — this is a big deal. Even if NFL Network insider Ian Rapoport lays out hope that the shoulder injury sidelining Alexander will have him bak before season’s end.

Alexander, 24, was a Pro Bowl performer in 2020 and is off to a strong start in 2021. PFF lists Alexander as the site’s fifth-highest-graded cornerback. And when it comes to coverage grade, Alexander’s is the 11th best in the NFL. Alexander’s absence leaves Eric Stokes, Kevin King, and Chandon Sullivan as the Packers’ top three available corners. So, yeah, being without Alexander sure seems significant. Especially with stud pass-rusher Za’Darius Smith on IR with an injury of his own. Good pass-rush and strong coverage tend to go hand-in-hand. But with Smith and Alexander out of the lineup, Green Bay’ “D” will be tested.

Then again, I guess we can cross that bridge when we get to it next week. First thing on the docket is knocking off the Raiders.