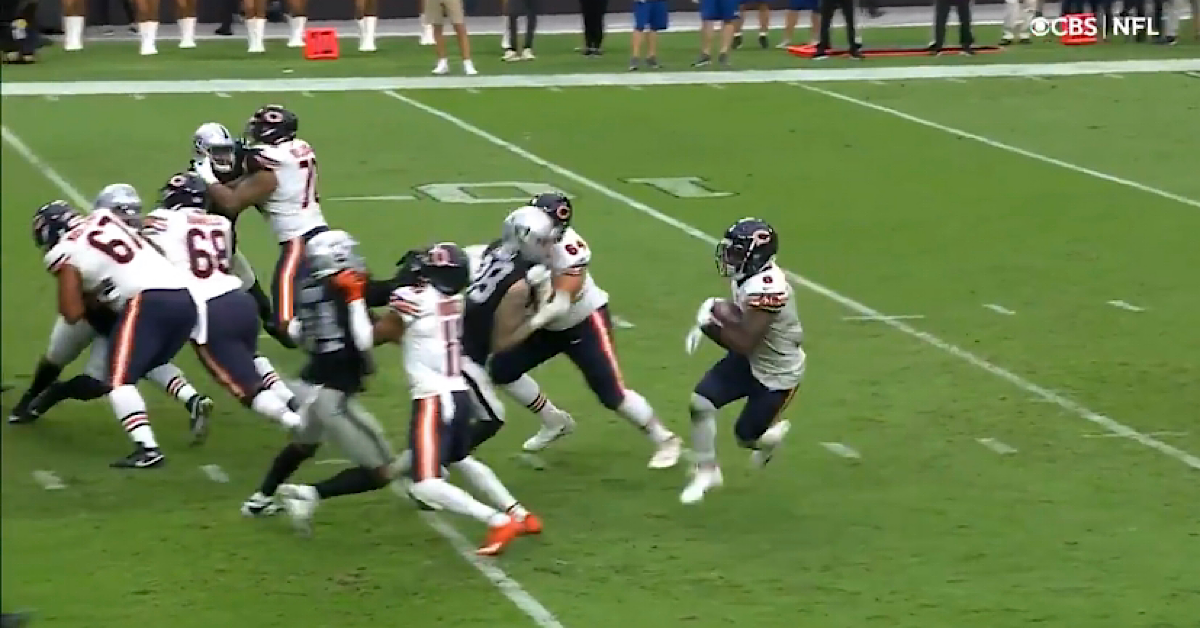 Justin Fields is taking a beating. So much so, he missed some time in the second quarter after landing awkwardly when taking a hit. But Fields re-entered the game and the Bears did a better job of trying to protect him.

Naturally, it helps when the running game does the job:

Damien Williams put the Raiders in the spin cycle with that one. And it helped push the Bears’ lead to 14-3. Williams is filling in for David Montgomery, and looking good while doing so. How about some more?

Vegas has been a comeback team early in this season, so no lead feels safe. But it feels good to see the Bears jump out against a team that’s just asking to be beaten early because of its slow starts.