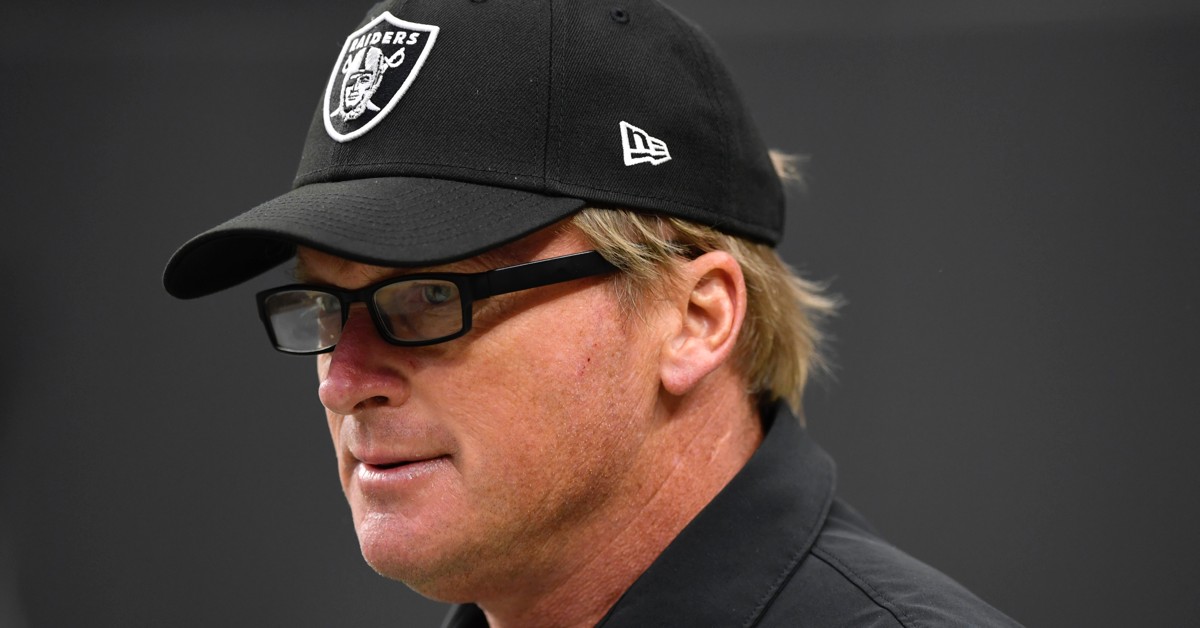 You knew more was coming after reading the first reports detailing Jon Gruden using a racial trope in an email about DeMaurice Smith. And then news of another email came out – one in which Gruden was using a “vulgar description” in disparaging NFL Commissioner Roger Goodell – you had to guess there was more to this story.

And, indeed there was:

Breaking News: The NFL coach Jon Gruden used misogynistic and homophobic language for years, a review of his emails shows. He denounced the emergence of women referees, the drafting of a gay player and the tolerance of protests during the national anthem. https://t.co/F3QpqV9yZS

In a new round of leaks, the New York Times shares more Gruden’s emails. And each feels worse than the one you read before. It’s just a pile of of damning messages, all of which are coming to light as a result of the NFL’s investigation into workplace malpractice within the Washington Football Team’ organization.

In these emails, which are reported to have taken place throughout a seven-year period that ended in 2018, Gruden reportedly calls Goodell a homophobic slur, uses offensive language in discussing team owners, mocks the league’s efforts to change Washington’s team name, shares pictures of women wearing only bikini bottoms (including one with Washington’s cheerleaders), among other unsightly things. I would encourage you to read the full New York Times reporting for a better grasp of the full scope of the emails that were going round.

Ultimately, the reporting that came before this moment has led to this:

Source: Jon Gruden just informed his staff that he plans to resign as #Raiders coach.

Raiders owner Mark Davis arrived at the team’s facility a couple of hours ago and went to find Jon Gruden, per source. The two men met. And Gruden no longer will be the Raiders’ head coach.

“I have resigned as Head Coach of the Las Vegas Raiders. I love the Raiders and do not want to be a distraction. Thank you to all the players, coaches, staff, and fans of Raider Nation. I’m sorry, I never meant to hurt anyone.”

And with that, Gruden’s time as Raiders coach comes to an end. It was just yesterday the Bears were putting the finishing touches on beating Gruden’s squad in what turned out to be his last game as the team’s coach.

It’s mind-blowing to read through the reports of Gruden’s emails. Before his resignation, Gruden was coaching Carl Nassib, the NFL’s first active openly gay player. And yesterday, various Black former players came to Gruden’s defense. And yet, there is no way around the nastiness of these emails. That they came over a seven-year period is mind-boggling. These details that are now coming to light keep painting an ugly situation within the league.

The franchise brought Gruden back in 2018, signing the then-ESPN broadcaster to a 10-year contract that would pay him at least $100 million. But instead of returning the Raiders to greatness, Gruden’s return has been nothing short of a mess. Since coming back, the Raiders have been anywhere between bad and mediocre. The team’s drafts haven’t hit right. And the team’s fans have seen two popular stars — Khalil Mack and Amari Cooper — jettisoned and gone onto greener pastures. Off the field, Gruden attempts to skirt the rules behind COVID-19 protocols weren’t a good look for the team last year. And these email leaks are only the latest moment representing the franchise’s failures in handling major situations.

We’ll keep our eyes open to see which dominoes will fall next. I imagine this story continues to add more with each passing day.