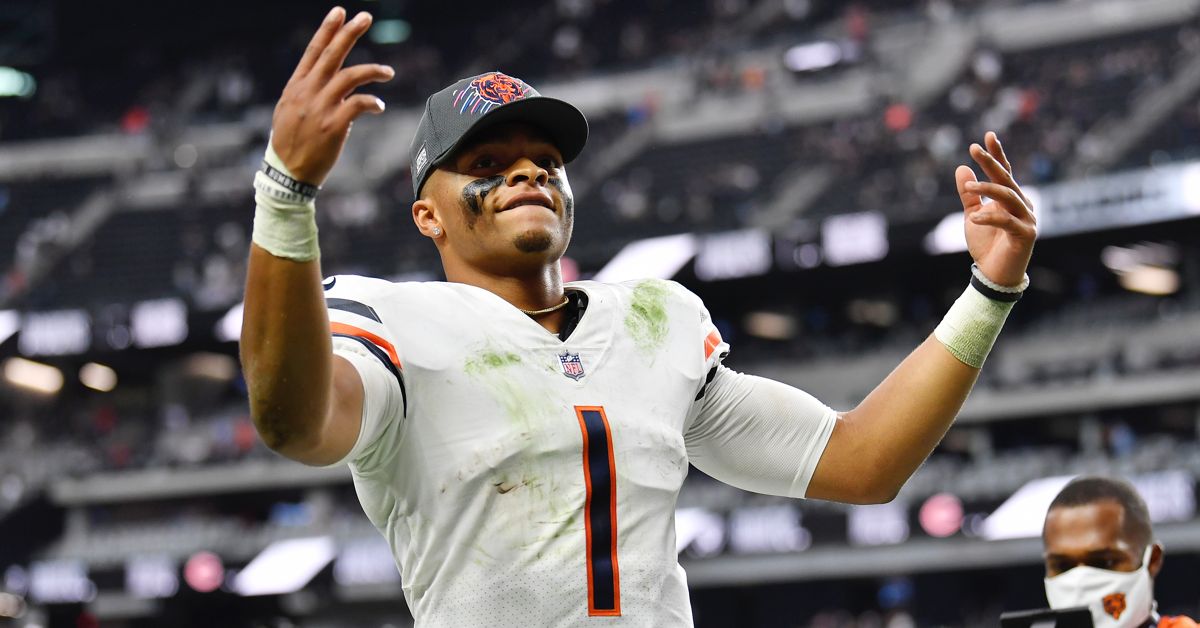 I spent a chunk of Sunday’s Bears game with my heart in my throat, when Justin Fields limped off the field in the second quarter after a nasty looking knee injury and got checked out by Chicago’s medical team. I imagine I wasn’t alone in that. Heck, I was worried even after watching Fields jog lightly on the sideline, testing his knee out successfully. And I still couldn’t help but wonder if he was in good shape even AFTER the game.

I mean, how many times have we seen adrenaline and sheer competitive will mask the seriousness of a player’s injury?

And even more to the point, this just did NOT look good.

Fortunately (for all of us), it sounds like the two plays Fields missed on that injury could be the extent of the damage:

#Bears QB Justin Fields underwent tests today on the left knee he hyperextended Sunday, and sources say he should be good to go. Matt Nagy praised the toughness of Fields, who suffered the injury in the second quarter but missed just two plays in a big win over the #Raiders.

Fields will reportedly be “good to go” this week. And what an important week it is, too. Fields is set to embark on his first showdown against the Green Bay Packers. The NFL’s oldest rivalry’s next chapter needs all willing and able bodies to man their stations. Once the practice week begins, it will include a Bears quarterback who has a clean bill of health.