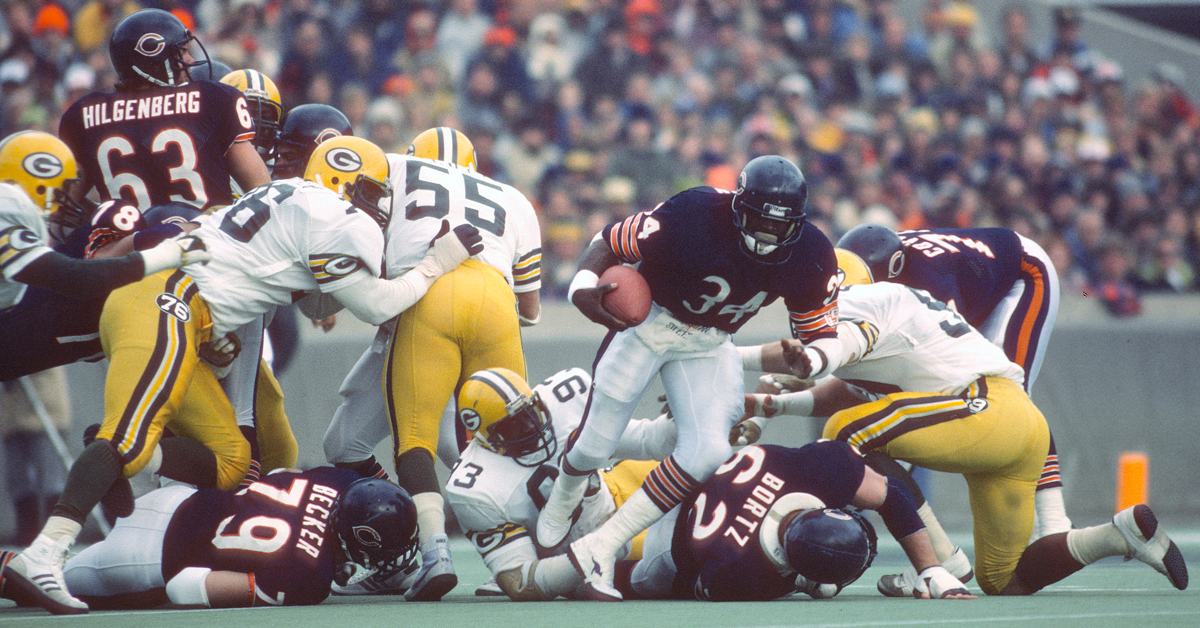 The Chicago Blackhawks drop the puck on the 2021-22 season TONIGHT, and Mario has some bold predictions regarding what lies ahead. And there is nothing bolder than believing the Hawks’ power play will finish in the top-third of hockey. It’s not that they don’t have the talent to do so, but we’ve seen better group struggle for stretches. But hope springs eternal in fall.

As a reminder, you should be following our Blackhawks coverage here, on Twitter (Mario, too!), and Facebook.

•   In a week where kicker couldn’t find the space between the uprights with a GPS, it is a travesty that Cairo Santos didn’t win the NFC’s Special Teams Player of the Week award. Here are this week’s league-wide award winners, in case you care:

Players of the Week

•   Let’s take a moment to appreciate Santos’ contributions. Seriously. We’re discussing the Bears’ most consistent scoring threat over the last two years. That 94.9 percent success rate on field goals is elite. For what it’s worth, Robbie Gould’s best two-year stretch with the Bears came in 2007-08. This was a 32-game span in which he made 87.7 percent of his kicks. And while Santos has a ways to go before reaching the 125-game run from 2006-13 in which Gould was making 86.9 percent of his kicks with just one missed PAT, he’s off to a good start.

•   While special teams is on my mind, I put admit that the DeAndre Houston-Carson career arc has been fun to watch. His latest defensive splash play is a reminder of his climb:

Deandre Houston-Carson was FOOLIN on this INT

•   While still being a core special teams contributor, DHC has gone from afterthought sixth-round pick to multi-purpose defensive player who can play everywhere. PFF has a breakdown of the positions he has taken snaps from this year, and the display of versatility is unique:

Walter Payton career vs. the Packers:

•   Brad Biggs (Tribune) tweets OL Dieter Eiselen, DL Margus Hunt, and RBs Ryan Nall and Artavis Pierce are getting practice squad protection. This means teams won’t be able to poach them ahead of Sunday’s game against the Packers. Each of these makes sense in their own way. Blocking teams from snagging Eiselen is protection for an offensive line is necessary. Especially after seeing Germain Ifedi leave early from Sunday’s win against the Raiders. With David Montgomery out, it makes sense to protect a pair of running backs. And with Akiem Hicks’ status up-in-the-air, ensuring that depth along the D-Line makes sense.

•   And yet, I’m surprised the Bears haven’t brought in a break-glass-in-case-of-emergency kicker for the practice squad after losing Brian Johnson to the Saints.

•   Larry Mayer (Chicago Bears Dot Com) reviews the top-10 revenge games for Bears players, which provides a fun trip down memory lane. Sure, the Revenge of the Mack ranks high on our own list – partially because it’s so fresh in our minds. But the Jeff Jaeger Revenge Game against the Raiders in which he nailed four field goals (including the game-winner) is an all-timer for me. Kickers are people, too!

•   “Every dog has its day, and every good one has two” is a thing my mother used to say. And while I didn’t understand it then, I get it now:

"We had a really good look this week from Mitchell Trubisky."

•   In a span of 301 days, Mitchell Trubisky went from being a starting QB defeating Deshaun Watson’s team to being responsible for playing the role of Patrick Mahomes ahead of his new team’s walloping of the Chiefs. Good for you, Mitchell.

•   Here’s a bold prediction: Trubisky gets an opportunity to earn a starting job next year. It’ll probably look like the path the Saints carved out for Jameis Winston last season. Work in an apprenticeship role under Drew Brees for a year. Get to know the inner-workings of a productive NFL offense. Learn from a quality play-caller. And, finally, re-enter the free agent market with a clean slate, new motivations, and a wealth of knowledge. Development isn’t always linear. I’ll confess: A Trubisky bounce back story would be fun to follow (at least, from afar).

•   It was an action-packed NFL Sunday, but I can’t believe I missed this in Week 5:

THE BROWNS YANKED AUSTIN EKELER INTO THE END ZONE. pic.twitter.com/A7bd0FsgUS

•   It’s odd to see Jon Gruden and Adam Schefter catching strays in an investigation into Dan Snyder’s Washington football franchise. But to this point, these are two of the biggest stories to surface from that report:

The Bruce Allen emails include Adam Schefter sending Allen an unpublished story during the 2011 lockout and asking if anything "should be added, changed, tweaked." https://t.co/6yVnMctGu4

•   With that being said, I think the attorneys for the former WFT employees make a really good point:

Attorneys for 40 former Washington Football Team employees released a statement, calling it “truly outrageous … the only person to be held accountable and lose their job is the coach of the Las Vegas Raiders” and calling for the NFL to release full findings of the investigation. pic.twitter.com/MlgzWA2uMc

•   The league should be fully transparent with what they found in the investigation, even if I think we’re going to learn some things about the NFL that we might not be ready to tackle in this moment. Let sunshine be the best disinfectant.

•   Old friend Anthony Miller is joining the Steelers practice squad, which sets up a potential Week 9 grudge match against his former team. (PFT)

•   Maybe the real NL Central champions were the friends we made along the way:

The NL Central Season is Over – Brewers Lose to Braves in the NLDS – https://t.co/QRPBCZXMc1 pic.twitter.com/WKYy8dtpW0

•   There is no doubt in my mind that if 1997 Michael Jordan was transported to 2021, he’d be administering shots himself in order to keep a championship team together: