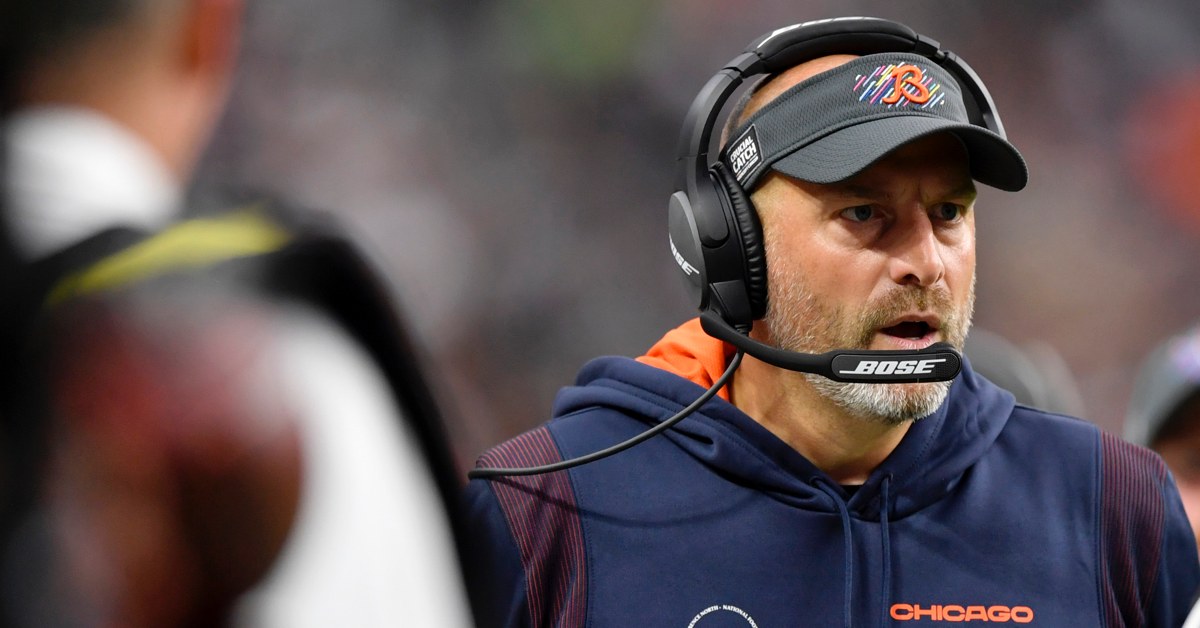 Admit it. There was a time between the end of the Browns game in Week 3 and before kickoff of Week 4 where you let yourself think about future Bears head coaches. It’s OK, because I was thinking along with you. The combination of personnel short-comings and schematic failures were pointing to a need for changes. But back-to-back wins against the Lions and Raiders have quieted that noise for the time being.

And yet, it hasn’t kept at least one league insider from hinting at the idea that Head Coach Matt Nagy’s future could be in question:

While discussing potential future candidates for head-coaching positions elsewhere, Benjamin Allbright – who reports on the NFL and Denver Broncos – casually name-checks Bills Offensive Coordinator Brian Daboll as a possible Chicago Bears future head coaching target. And suddenly, my interest is piqued because this certainly comes out of nowhere.

It’s not just because we’re so early in the season. But also, because it’s tough to see a conservative-by-nature franchise thinking about next year’s head coach when the one it currently employs (and still has a under contract for next year) has two playoff appearances under his belt and is trying to bring along a rookie quarterback. Especially when it is this particular Chicago Bears franchise. It’s an organization that is only now understanding the importance of upgrading and modernizing team facilities. One that is only now beginning to realize how valuable owning your own stadium can be for a franchise. And, ultimately, an organization that has never made an in-season head coach firing. Don’t get me wrong. The idea of a coaching change sure is intriguing. But the timing and the specificity of a league insider name-dropping a specific coach and this particular organization is a bit odd.

But we can’t simply ignore it. Any of it. Firstly, the Bears certainly should/would have interest in Brian Daboll, if they were to open a coaching search. Daboll was a hot candidate last offseason, and figures to be one again this year. Secondly, watching Buffalo’s offense play complimentary football and make explosive plays in primetime is drool-worthy. Thirdly, seeing Josh Allen’s development into a possible MVP candidate puts you in a mood to dream about what Daboll can do with Justin Fields. It’s just that no one expected to be dreaming about it now.

And on top of all of that, we’re still looking at a general manager in the final year of his deal and a head coach with just one year after this left on his. So it wouldn’t be out of pocket to think the Bears could make a move after the season. And who would make that call if the GM’s future isn’t certain. In the end, we still have a ways to go before we approach that bridge, let alone cross it. But in the end, it’s good to know that there is a bridge, should we need it.