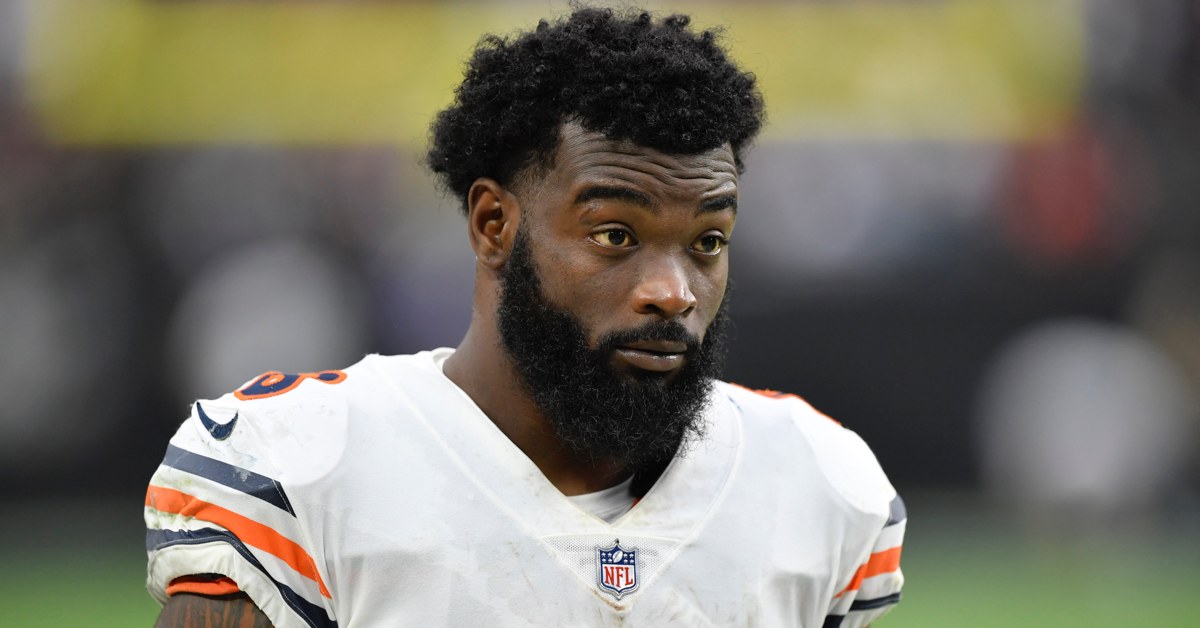 The 1-2 punch of Damien Williams and Khalil Herbert did a bang-up job filling in for David Montgomery last week.

But looking ahead to Sunday’s game against the Packers, Herbert will be tasked with doing some more heavy lifting:

#Bears roster move:
We have placed RB Damien Williams on the Reserve-COVID-19 list.

The Chicago Bears have announced they are putting Damien Williams on the Reserve/COVID-19 list. That the announcement comes this late in the week likely puts Williams out of action for Sunday’s game against the Packers. Remember, in order for Williams to clear protocol, he’ll need to come up with two negative tests at least 24 hours apart (if he is vaccinated). However, if Williams hasn’t gotten the vaccine, the running back must isolate for five days (even if he tests negative). In other words, this stinks from a player health standpoint, as well as a competitive advantage standpoint in terms of losing a solid player.

If Williams doesn’t play, it’ll be on rookie Khalil Herbert as the next-man-up on the depth chart. Herbert was looking good as part of a tag team with Williams last week. But considering Herbert’s backup is Ryan Nall — a practice squad player who re-joined the active roster last week and has fewer touches in 25 games than Herbert did last week — I would lean toward the rookie getting a bulk of the carries.

UPDATE — Williams’s placement on the list is a result of a positive test:

Per the NFL’s personnel notice, #Bears RB Damien Williams was placed on the reserve/COVID-19 list as the result of a positive test. pic.twitter.com/L8qELrjyBN

This is a blow for a Bears team that was already working with its second-string running back. Now, the Bears will need to get creative in order to scheme a successful running game with its third option.

Here’s more on Herbert from Patrick’s piece earlier in the week:

While Damien Williams is more of an elusive back who can be highly shifty, Khalil Herbert’s ability to absorb contact was why he saw an almost even split of the snap share with the veteran Williams, creating a multi-faceted attack for the Bears. Herbert actually got more snaps than Williams, with the rookie getting 34 compared to Williams’ 31.

Herbert picked up 50 of his 75 rushing yards after contact and forced three missed tackles against the Raiders’ defense. We don’t have any NFL sample size to compare Herbert’s performance to, but Herbert was seen as a one-cut back with great vision coming out of college, and that assessment played on Sunday in his first taste regular-season of NFL action.

In Matt Bowen’s clip below, you’ll see Herbert make one cut, find the hole, and get downhill for a nice gain.

CHI got some movement off the ball vs. LV.

In the following clip, you’ll see more of the same. This time, Herbert finds and hits a much smaller hole for a gain of nine yards.

Khalil Herbert showing off some impressive vision at the line of scrimmage, finding his hole, and picking up a gain of nine yards. https://t.co/VnUPymA0BG