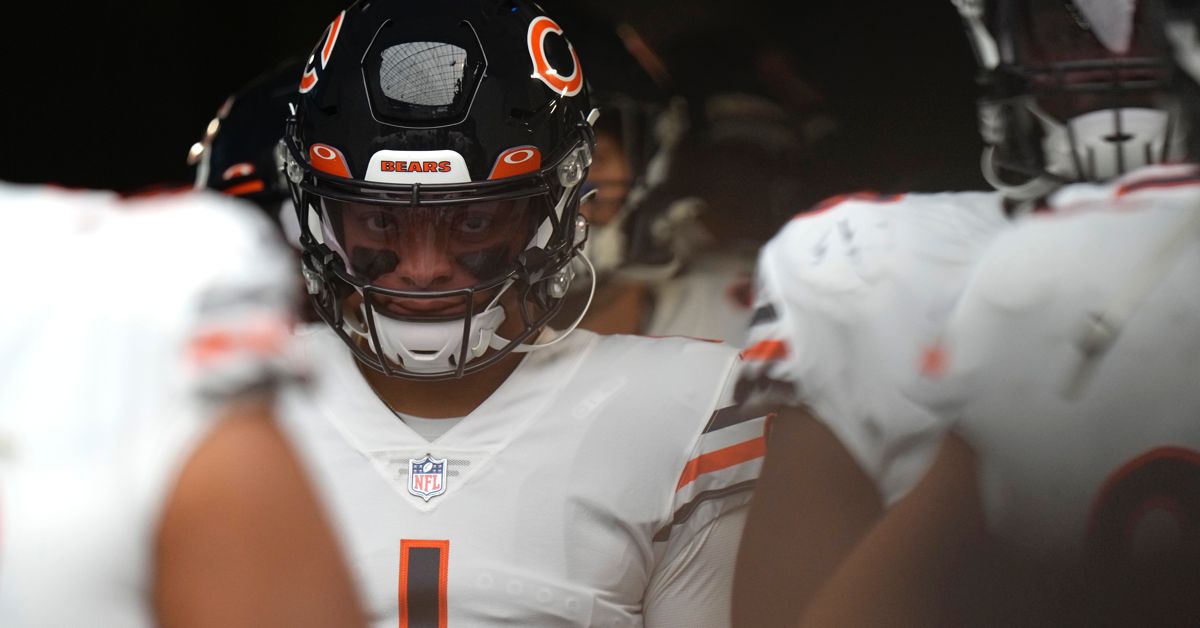 A Packers defense thank ranks 20th in points given up and 20th in Football Outsiders’ DVOA metric, and is also without Pro Bowlers Jaire Alexander and Za’Darius Smith will be short another key contributor.

And an already questionable secondary loses another piece of the puzzle:

Packers CB Kevin King is out for Sunday vs. Bears.

Cornerback Kevin King won’t play in Sunday’s Bears-Packers game. King, who suffered a shoulder in Green Bay’s Week 5 win against Cincinnati, joins the list of players who are unavailable for the latest installment of the NFL’s longest-running rivalry. For some in Packerland, the loss of King isn’t as significant as we might otherwise think. After all, King’s 50.6 grade from Pro Football Focus in 2020 put him 99th among 121 qualifying cornerbacks. That’s a big yikes. But a 60.2 grade aa year later has him 59th of 110 qualifiers. While still not great, it counts as growth — as incremental as it might be.

In any case, with King and Alexander out, the Packers are down two of their three top corners. And perhaps this is where the Bears can take advantage of an opponent’s shortened bench.

Using Yahoo!’s fantasy football numbers, opposing quarterbacks are scoring the 14th most points against Green Bay’s defense. Opposing tight ends are picking up the 13th most points. And then there’s this:

Been spending a lot of time the last two days thinking about this stat. https://t.co/sUv6syMH5e

Justin Fields has the highest deep-throw percentage in the NFL. This speaks volumes, considering how the Bears’ offense isn’t known for stretching teams vertically. That Fields is willing to do so represents a shift in thinking from how things were being run when Andy Dalton was running the show. This isn’t a diss on Dalton. Instead, it’s merely a statement of fact. Between Fields’ skill set and athleticism, there is more reason for Fields to chuck it deep than there ever was for Dalton.

The only issue remaining is figuring out how the Bears take advantage of this opponent’s particular weakness on game day.

Chicago’s recent game plans have prioritized protecting Fields. Hence, we have seen an increase un heavy packages and formations for the Bears offense. More multi-TE sets. Additional personnel groupings with offensive linemen as eligible pass catchers whose sole purpose is to block. But with more blockers, come fewer pass-catching options. Having more tight ends means there aren’t as many receivers going out into patterns. And while it’s cool to see a player whose number is in the 60s play the role of motion man, he is as much of a pass-catching threat as a rogue squirrel running onto the field.

At some point, the Bears need to find a balance. A full commitment to protecting Fields limits his downfield passing options. But going too far in the other direction could put Fields in peril with less time to push it beyond a banged up secondary. Surely, there is a happy medium. There must be a place to find some success. And if they do, then the Bears have a fighter’s chance as underdogs against the Packers. In the end, the time will come when Chicago must lift the ultra-conservative game-plan. It will need play to its QB’s strengths. And it will have to test its offense beyond what it has shown thus far. What better time than this week?