Shoring Up the Secondary, Being Who We Thought We Were, and Other Bears Bullets Skip to content 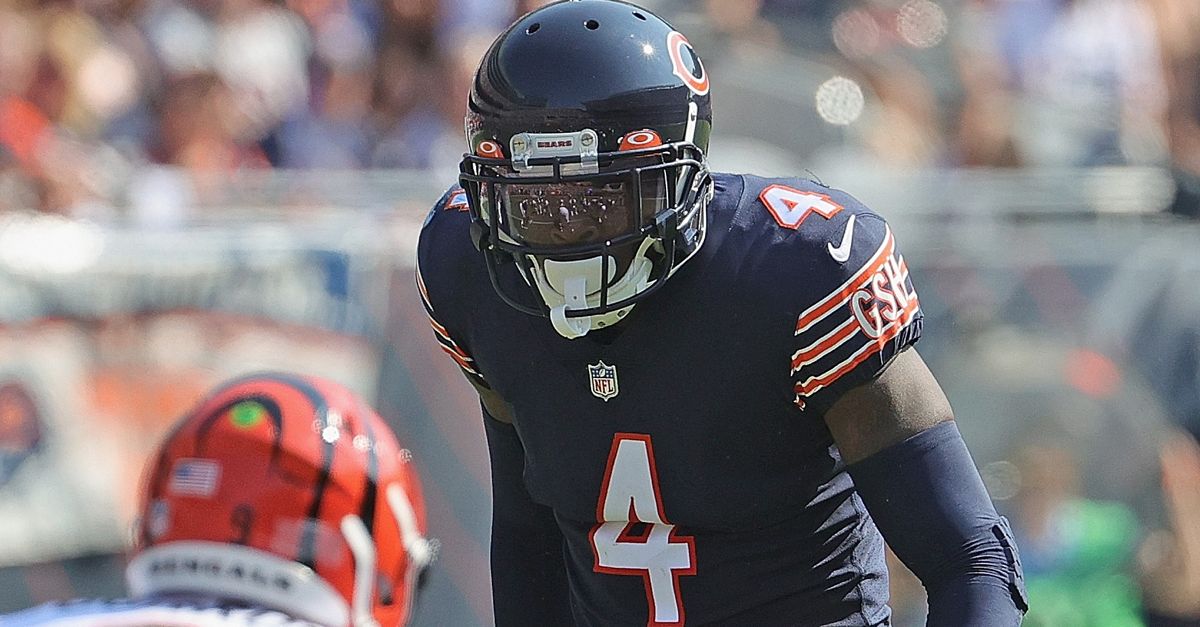 No, seriously. That’s a thing that happened:

Before the NFL Draft, I said I'd throw a party if #DaBears drafted Justin Fields. And as a man of my word, party time has come.

What better time than Justin Fields' 1st Packers game? And what better place than @NiseiLounge? It's happening. https://t.co/8g26XTBWBo

Bring yourselves to Nisei Lounge. And if you see me early enough, you might be lucky enough to get some of those baked goods I often tease on my Twitter and IG accounts. As if you needed more motivation.

•   On this date in 2006, the Arizona Cardinals picked up more first downs, total yards, and nearly doubled the time of possession on Monday Night Football against the Chicago Bears. And yet, this is how Head Coach Dennis Green was sounding after the game:

On this day 15 years ago, the late Denny Green delivered the iconic line about the Bears: “They are who we thought they were!” pic.twitter.com/khfNxQoanG

•   The Cardinals couldn’t turn a Rex Grossman four-interception game into  win because the Bears scored two defensive touchdowns and Devin Hester did that ridiculous thing where he won the game with an 83-yard punt return. We’ve spilled plenty of ink on Hester over the years. Although, that return might be the one that had us thinking we were about to witness something special that we (1) never saw before and (2) will likely never see again.

•   It’s been 15 years and I still can’t believe they won that game. And I can’t believe how we forget how Arizona owned the Bears in the all-important third preseason game (back when such things mattered). Not only was it one of those moments were you will always remember where you were and who you were with, but it will be a gentle reminder of why we tune in every week. No matter the odds, expect the unexpected.

•   Let’s keep this perspective as we enter another Bears-Packers Sunday in which Chicago’s football team is a home underdog. The Bears have lost four straight in this series and have won just twice in GM Ryan Pace’s regime, which dates back to 2015. Yuck.

•   And yet, I think of how past failures don’t necessarily predicate future results. Then I find myself wondering how Chicago can pull off an upset. Admittedly, it won’t be easy. But the Bears have pieces that could make some noise. Whether it’s the Khalil Mack-Robert Quinn pass-rushing duo. Or Justin Fields’ playmaking ability with Darnell Mooney and Allen Robinson II out running patterns. Aaron Rodgers is the big baddie, but you can’t be the best if you don’t beat the best. Be up for the challenge!

•   If the Bears want to win, they’ll need to clean it up in the secondary:

•   I’m just saying that the Packers needed overtime and missed kicks to beat the Bengals. The Bears didn’t. Maybe this game will be closer than some believe.

•   Did you know six of the last nine games between the Bears and Packers have been one-score games? Now you do.

•   There was a belief in some circles that Cam Newton’s unvaccinated status led to his cut from the Patriots. But that isn’t an issue any more:

From @gmfb Weekend: Sources tell me and @RapSheet teams have been told Cam Newton is now vaccinated. So the debate on whether that's an impediment to his being back in the NFL is now moot. pic.twitter.com/SefERRGLfH

•   Newton still has past injury issues to work through. But I won’t bet against a league MVP. And while I don’t think there is a fit in Chicago, Newton was a role model for Bears QB Justin Fields. So even though Newton probably wants a bigger role, I wouldn’t be against bringing Newton in to talk to Fields and hype him up if he was down for the opportunity.

“It’s okay to be different.”

J.J. Weaver was born with six fingers, but it hasn’t stopped him from playing the game he loves and inspiring those off the field. pic.twitter.com/lOsYtPCYwC

•   I’m glad Jim Abbott can have fun with this:

•   If you’ll recall, Abbott was a one-handed pitcher in MLB from 1989-99. The former California Angels, New York Yankees, Chicago White Sox, and Milwaukee Brewers lefty put together an impressive 10-year career. Among the highlights wee a no-hitter against Cleveland in 1993 and two base hits — both against the Cubs while as a Brewer.

Tom Ricketts Says the Cubs “Have the Resources” to Compete in 2022, and “We Will Use Them” – https://t.co/oyAh9cXlzg pic.twitter.com/nEWj8G8AKu

•   Good for Wendell Carter Jr., who is getting PAID by the Magic:

•   And, yeah, I’d still do that Vučević trade every day — and twice on a Sunday.

•   The Chicago Sky are up 2-1 in the WNBA Finals. Spotted in the stands were some of your favorite Bears:

Roquan Smith, his sidekick at the game. Awesome #Bears leadership. Two of the finest on the roster. https://t.co/f40iJY4Ll9

•   It is absolutely lovely to see how Justin Fields has been embracing The City. Chicago is a wonderful place with so much to do, see, and experience. I’m glad Fields is soaking it all in while he can.

•   Blackhawks stole a point last night. They still lost, but that first win is coming soon.