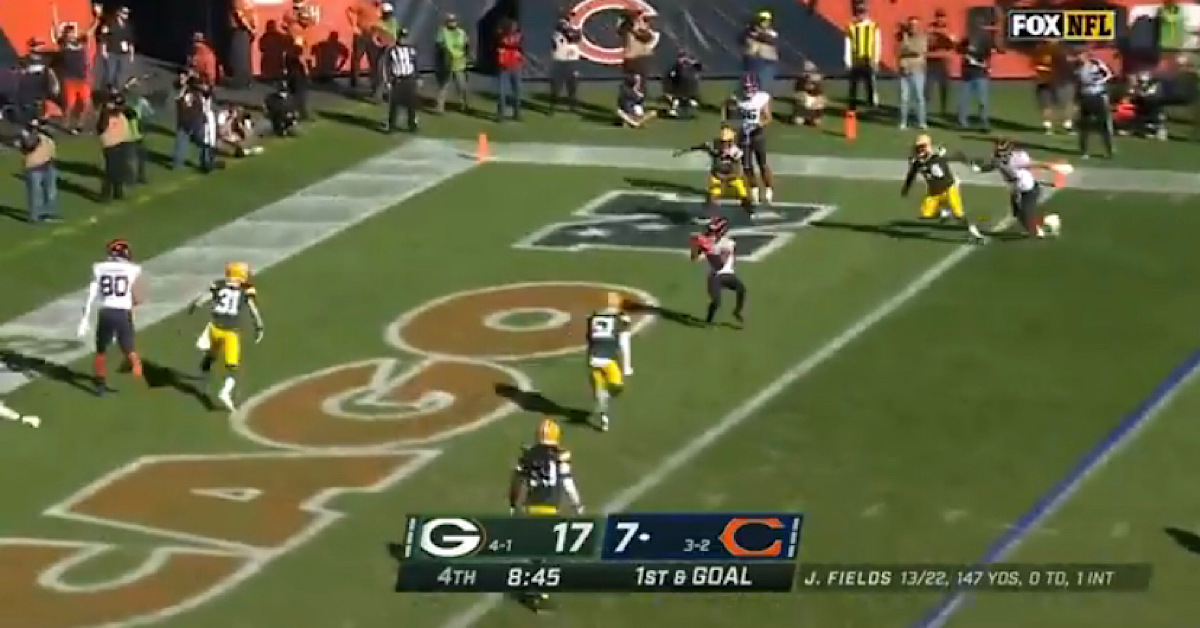 A Chicago Bears offense that has been dormant for the better part of this game has finally come to life.

They’ll need more points. But this is a start:

Fields to Mooney! It's a three-point game in Chicago.

Talk about a throw that’s on the Mooney!

That score from Darnell Mooney brings it to a 17-14 game. It caps a lengthy drive. One the Bears needed. But they’ll need a stop in order to fully capitalize on the momentum they’ve built with that drive.