What If This is Aaron Rodgers' Last Game at Soldier Field? And Other Bears Bullets Skip to content 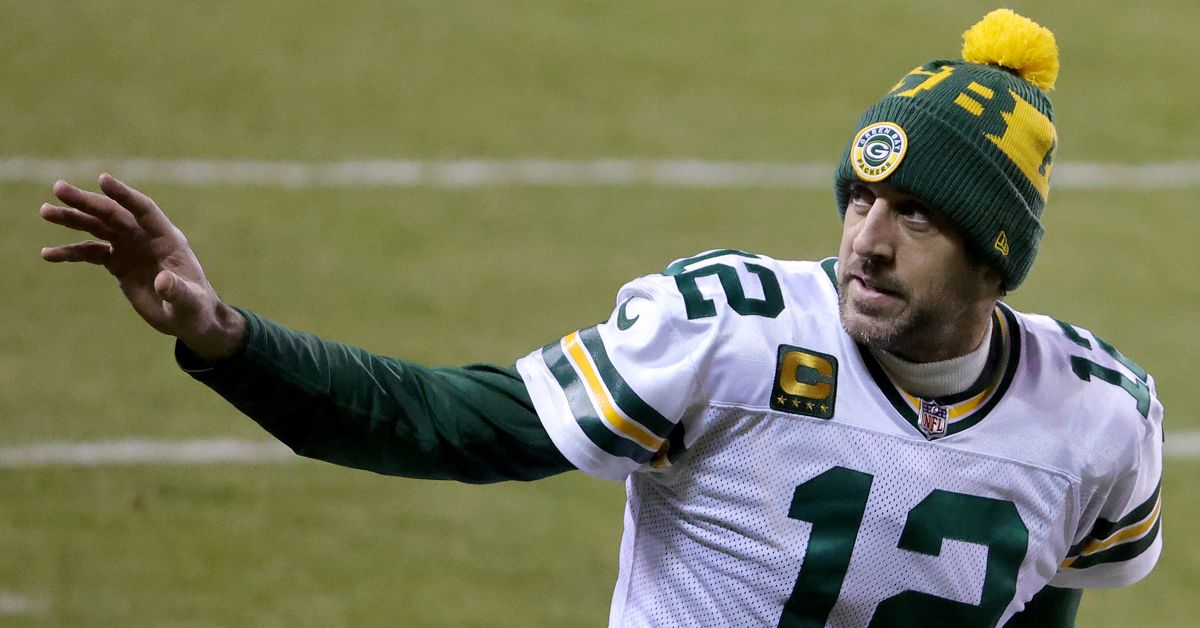 Looking forward to watching today's game with @lcm1986 and the @BN_Bears crew at @NiseiLounge.

Come out and join us if you're looking for something to do!

•   It was 171 days ago when the Bears and Giants made a trade to allow Chicago to move up from No. 20 to pick No. 11 in order to draft Ohio State quarterback Justin Fields. And yet, there was still a quarterback story in the NFC North overshadowing all. Because, if you’ll recall, ESPN’s Adam Schefter reported earlier in the afternoon about Aaron Rodgers being disgruntled and seemingly wanting out of Green Bay. A little more than five months later, Rodgers is still with the Packers. But because Rodgers has positioned this to be some sort of last hurrah with the Pack, I can’t help but wonder if this is his last game at Soldier Field. Hey, a man can dream, right?

•   Rodgers has been equal parts worthy adversary and known torturer of this Bears franchise. He has lobbied for Brian Urlacher to make the Hall of Fame in one breath, and in another, ripped the hearts of Bears fans out from their chests. So while I’m not saying I’ll miss Rodgers in the slightest, but a part of me appreciates the journey. However, there is a bigger part of me that wants Khalil Mack and Robert Quinn taking turns throwing Rodgers around the Soldier Field turf like a rag doll for three hours.

•   If you thought the rhetoric around Bears-Packers Week was toned down a tad, you’re not lone. Something has felt off this week. And as someone who likes (and needs!) balance, it has been bothersome as I was unsuccessful in shaking this feeling. At least, until now. That’s because Alex Shapiro (NBC Sports Chicago) corralled a handful of quotes showcasing how the Bears were trying to quiet the hype around this week’s game.

⇒   “To be honest, I’m just treating it like a regular game. I mean it’s a division game which is important, it counts as two, kind of, technically, it counts as two games. I just treat every game as the same and just go out there preparing this week to win on Sunday.” -James Daniels, OL

⇒   “Yeah, I mean, a rivalry game, it’s big. I’ve been in the position before. I wouldn’t say it totally prepares me for this, but I have a pretty good idea of what a big rivalry game looks like.” -Justin Fields, QB

⇒   “I don’t put anything on it. Other people may put stuff on it, but at the end of the day we’ve got to line up and play football. So I mean, I’m not worried about the extras that come with playing the game.”

•   Maybe it is a Jedi mind trick. Perhaps it is an attempt at reverse psychology. Or it could be a team that has just one win in its last six tries in the series with Matt Nagy as head coach taking a different tact. Can’t hurt, could help.

•   When the Bears hit the field, they’ll look fly doing so:

•   Jack Silverstein’s write up connecting the history of the uniforms above and the NFL’s ban on Black players (and George Halas’ role in its creation) is a must-read for Bears fans. Because you can’t know where you’re going if you don’t know where you’ve been.

•   I triple-dog dare the Packers to run this exact play:

•   The coolest thing to come across my timeline on college football Saturday was UNLV having a sideline slot machine to celebrate big plays:

Chuck goes to the slot machine and the cameraman gets swallowed up 😳 pic.twitter.com/uRMgPQVQm2

•   I’ve said it once and I’ll say it again: It is refreshing to watch college football weekly without feeling it is necessary to unearth the next Bears quarterback. Not needing that filter has been wonderful for my college football watching.

•   If there is one thing Bulls and Bears fans can agree wholeheartedly on, it’s that defense wins championships:

When Alex Caruso Talks About Defense, His Teammates Listenhttps://t.co/dQLxfcsueW

•   The Blackhawks are off to an 0-2-1 start that feels far worse. I’m curious to see/hear the reaction at United Center for the home opener: