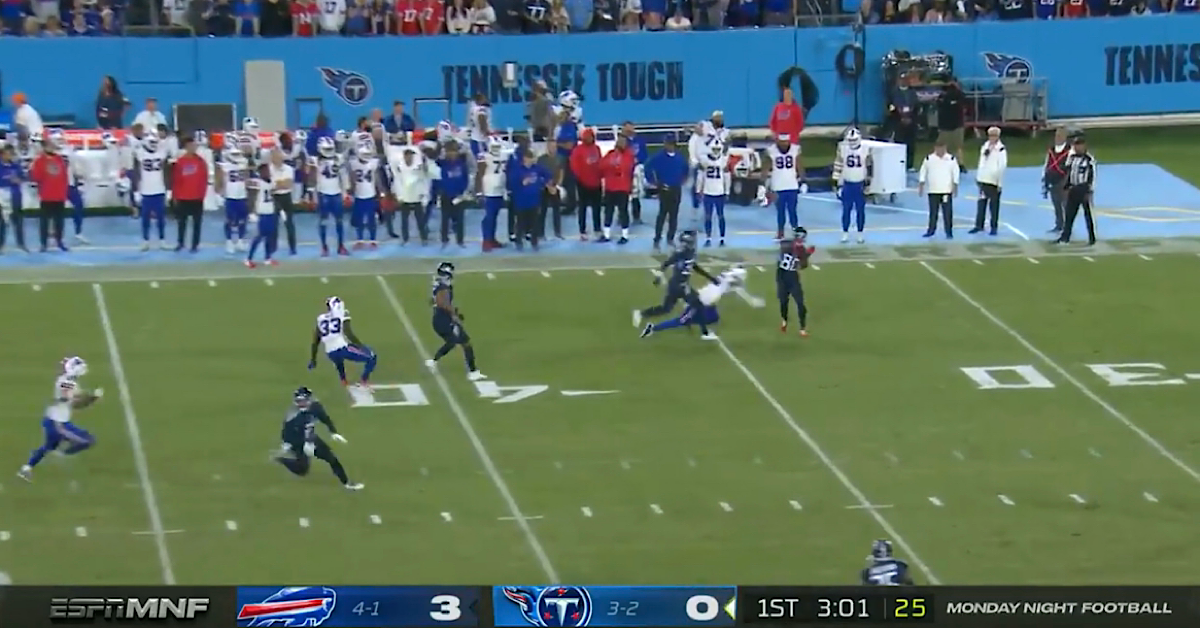 The Music City Miracle is one of the most iconic plays in NFL history.

But as folks in Nashville know all too well, the cover rarely slaps as much as the original:

The #Titans went for the Music City Miracle 2.0 🤷‍♂️

Same play. Against the same opponent. In the same city. Going the same way? Come on, now. It’s brilliant — despite it failing in such a spectacular manner.

One thing is for certain: Chester Rogers will never be confused with Frank Wycheck. And the Bills are finally getting a call the was decades in the making:

They finally called a forward lateral in Tennessee…

If you’re new to football, forward laterals like the one seen above where Rogers throws it from around the 34-yard-line to the 37-ish on a play like that is illegal. And the penalty for this failed trickery is five yards, plus the negating of the 22-yard again by Chris Jackson.

It was still worth it, if only to show this again:

Whenever these two matchup, three words come to mind.