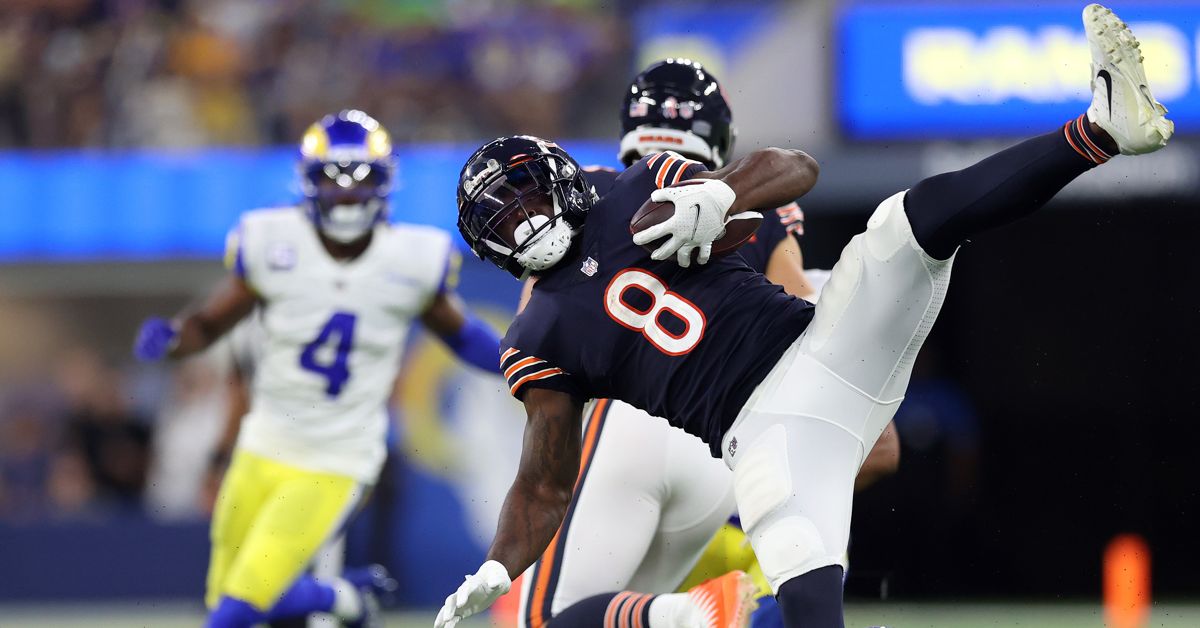 The Chicago Bears’ running backs room is taking some hits on the health front. And while Khalil Herbert did a fine job carrying the freight as a lead back in his first NFL start last week, the depth that made this group is thinning out with David Montgomery, Tarik Cohen, and Damien Williams all unavailable.

Montgomery still has at least one more game he’ll miss while on IR. And Cohen is still on the mend after starting the year on the PUP list. As for Williams, he could be back as soon as Sunday’s game against the Tampa Bay Buccaneers. But there’s a significant hurdle to clear before that becomes a possibility:

Bears’ RB Damien Williams, on the Reseve/COVID-19 list, was not at practice again today and couldn’t be cleared until Saturday at the earliest because he’s unvaccinated and there’s a mandatory 10-day waiting period.

ESPN’s Adam Schefter reports Williams, who is currently on the Reserve/COVID-19 list, can’t be in the clear to play until Saturday. After testing positive for COVID-19 last week, Williams has to sit out 10 days before the team can declare him as eligible to play. And that can happen only if he passes necessary protocols. Remember, the NFL incentivized the heck out of players getting vaccinated. And in doing so, made it a perk and competitive advantage for players and teams who get the shot. Meanwhile, players who don’t have more red tape to cut before getting clearance — which hurts both the player and team. But that was the point of laying this out in this way for players and teams alike.

Hopefully, things don’t get to a point where we’re re-visiting what happens if a team-wide outbreak causes a cancellation. That would be a worst-case scenario no one wants to explore.

In the meantime, the Bears’ running backs room features Herbert and Ryan Nall as the best available healthy players. But the depth chart after those two is up for grabs and won’t be settled until Saturday (at the earliest).