Broncos Bumbling, Browns Thriving in Pain, What Happened to Kyle Fuller? And Other Bears Bullets Skip to content 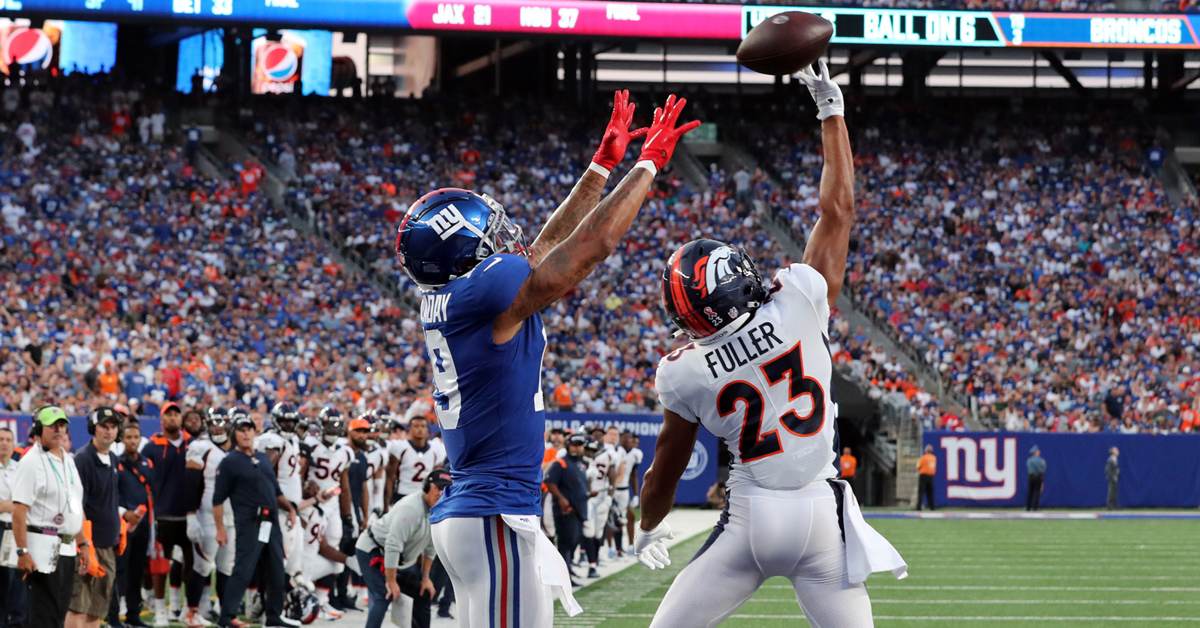 I’m looking forward to my second trip to United Center this week. This time, to see the new-look Bulls. So, if you see me, don’t be afraid to say “hi.” Hopefully, this has a better on-the-floor outcome than my trip to see the Blackhawks on Tuesday.

•   Don’t get me wrong. I love watching stand-alone primetime games. But I hate how so many of them push me into thinking, why can’t the Bears do that? At any given moment while watching another team’s offense. It can be a drag watching the Bears play offense like it was on a grainy, standard-def television set while other teams live and play in 2021. And while last night’s Broncos-Browns game lived up to being the taffy pull at a rock fight I thought it would be; it was still an eye-opening moment for me.

•   It’s not as if the Browns were re-inventing the wheel last night. And they scored just 17 points. But Kevin Stefanski put together a winning game plan without his starting QB, top two running backs, and top right tackle. And he did it against a Vic Fangio-coached defense. Much respect. The Browns did simple better. Quick throws. Successful runs. No one was asking Case Keenum to do more than he was capable of pulling off. Sometimes, it’s more important to do the simple stuff better than create a layered and complex strategy. Maybe the Bears should try that on for a change.

•   Poor Vic Fangio. The year is 2021, and his time as the Broncos head coach is the same as it ever was, which is relatable because Bears fans know the formula all too well. All defense, minimal offense. But shout out to Denver for passing on Justin Fields.

•   It is wild to think about how similar the Broncos’ quarterback situation is now to what the Bears’ was last year. Then, Denver opted to trade for a veteran, create competition for a home-grown incumbent, and skipped on possibly addressing the issue with a more proven option in free agency or a player with more upside in the NFL Draft. And now, it looks like the move is backfiring. Teddy Bridgewater is Nick Foles. Drew Lock is Mitchell Trubisky. And Pat Shurmur’s offense isn’t hitting on any cylinders. It’s weird to see history repeat itself elsewhere.

•   Is this a weird time to pitch a Nick Foles trade to Denver?

•   Checking through last night’s box score at PFR, Kyle Fuller did not register a defensive snap last night. He played just two defensive plays in Week 6 against the Raiders. Fuller had played on at least 90 percent of the defensive snaps in the first five weeks of the season. It is surprising to see Fuller’s fall from grace. There’s gotta be more to the story here … right?

•   Credit where it’s due: Ryan Pace has had a knack for letting players walk at the right time. There haven’t been too many players who have left to bigger and better things. Adrian Amos leaving for the Packers feels like the exception to the rule. And Charles Leno Jr. is off to a fine start in Washington. But Kyle Fuller, Cam Meredith, Jordan Howard, Nick Kwiatkoski, and Kyle Long are among the players whose departures haven’t hurt as much as many would’ve believed. Go figure seeing Amos and Leno leave to be the moves that hurt the most. You can’t predict football.

•   The Buccaneers have allowed the ninth-most fantasy points to receivers this season, per Yahoo!’s scoring system. And while much of that production came earlier in the season, the Bears should have opportunities to throw. So stretching the field vertically to create room underneath should be at the top of the Bears’ to-do list.

•   Art is awesome, as are the stories behind the pieces. Here’s another one:

•   Can’t help but think this might be among the reasons there hasn’t been much acceleration in a Deshaun Watson deal:

An NFL league source said to me, that IF #Texans QB Deshaun Watson is traded that they "don't think that he'll play right away because he's still subject to the personal conduct policy…You don't have to be put on the Commissioner's Exempt List to be subject to the (P.C.P)."

•   Simply put, there are so many moving parts and considerations from different parties, pushing it across the goal line and into the end zone was never going to be easy.

•   No matter what the league says, I never believed that we’d seen the last of that WFT report:

Congress is now seeking documents and information from NFL's investigation into Washington Football Team, per @john_keim.https://t.co/NcZnzt9vti

•   Derrick Henry is a real one for this:

Derrick Henry with a t-shirt on to rep Bam Bam, a dog that is up for adoption for a pet adoption program the #Titans are taking part of. pic.twitter.com/b4L0fDyCi1

•   There is a level of intrigue for me with Trevor Story that I don’t care to admit to, if only because I have a fear of guys who leave Coors Field. However, Story has a 101 wRC+ in 1,007 plate appearances away from Coors since 2018. And I think the recent sample is more indicative of who he is as a hitter than the 91 wRC+ in 467 PA from 2016-17. Just saying. Story is probably a better fit than we might otherwise care to think:

Like a lot of these situations, there is a VERSION of a Trevor Story pursuit that could make sense for the Cubs. https://t.co/Zz7fAhYmmr

•   The Blackhawks have too many talented players to not have had a lead in five games this season. What gives?