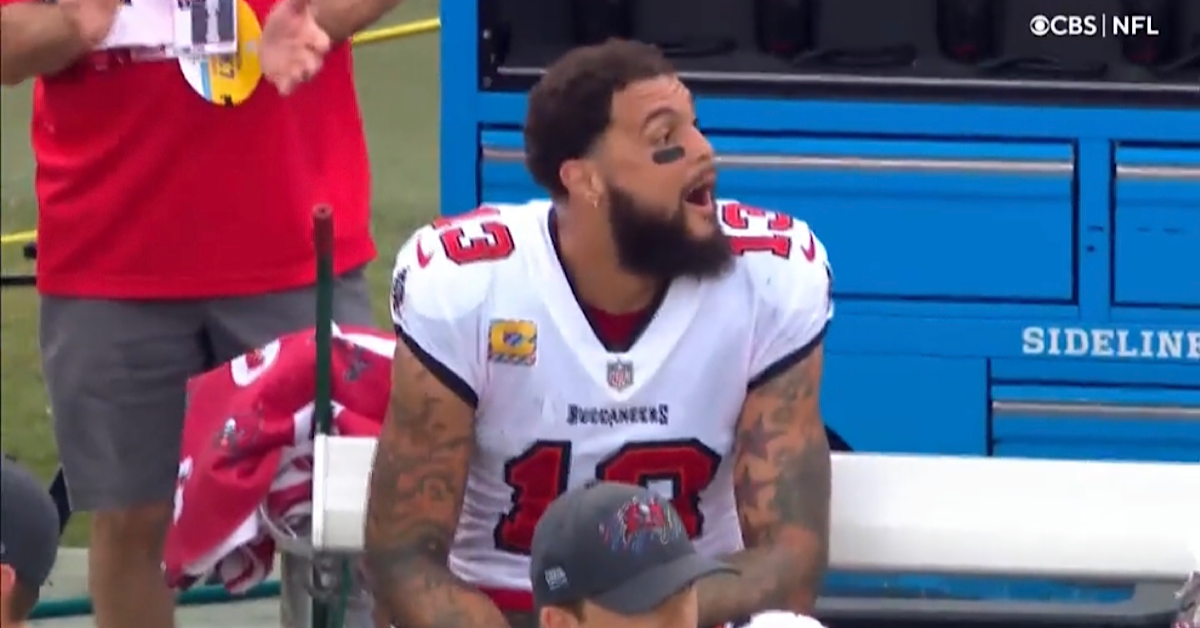 Tom Brady throwing his 600th career TD pass is a story on its own.

But Mike Evans just made himself the main character:

The Bucs had to negotiate to get Brady’s 600th TD ball back from a fan 😂 pic.twitter.com/31WAjBJVfU

"[The Tampa Bay official] gave him another game ball and promised him some sort of signed jersey." @tracywolfson discusses what it took to get Brady's 600th TD pass ball back from a fan 😂 pic.twitter.com/TsWnPJ8WAe

I would’ve held out for $6.9 million. In cash. Bills. Unmarked. Half in a cartoon-ish looking bag with a big dollar sign on it. Like one of those old-time bank robber shows. The other half in an oversized briefcase with a dollar sign on both sides. Kinda like the ones you’d see in cartoons. But what the lucky fan requested doesn’t sound like much of an ask. Missed opportunity.

As for the game, unless the Bears can get some stops and score some points, the Buccaneers are well on their way toward boat-racing their way to a win.