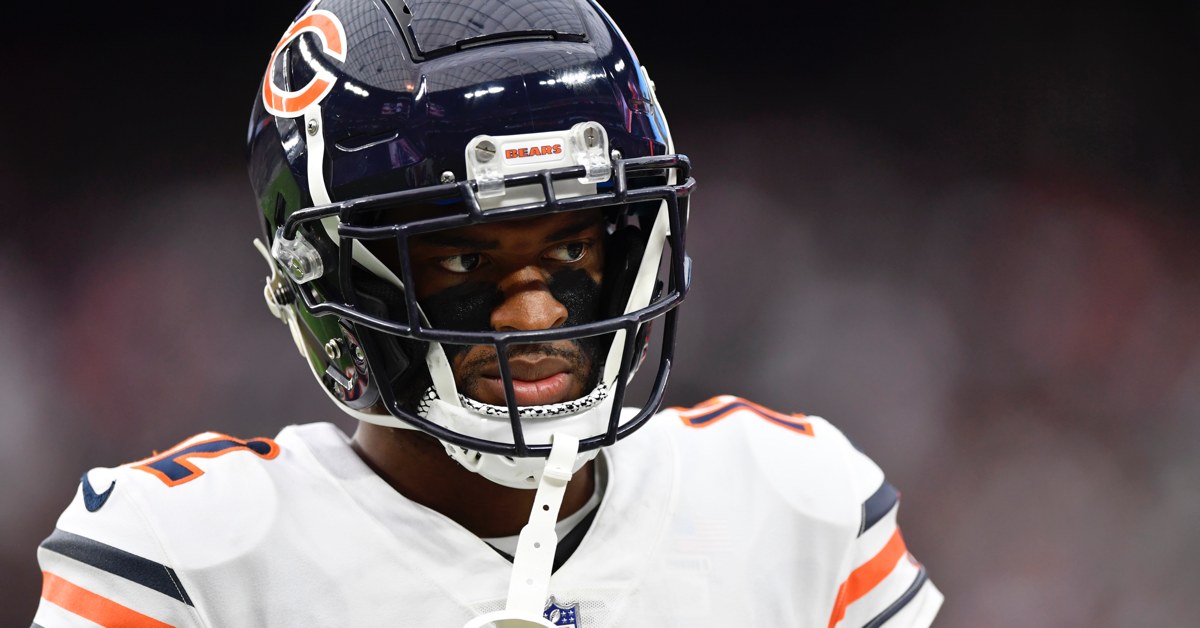 On an afternoon in which Jason Peters give more insight into injury updates and schematic issues in one sit-down Zoom session with the folks who cover the Bears than Matt Nagy has in years, Allen Robinson II found a way to further twist the knife.

When it comes to his chemistry with Justin Fields, Allen Robinson points out that they didn't get many snaps together in training camp. #Bears

If only there was a time and place where chemistry could’ve been built. Something where players can work out, build camaraderie, and get to know each other. We could call it something training camp. It’s a shame that there weren’t games before the regular-season began. That could’ve really done wonders in aiding in building chemistry between players with in-game experience. A pre-season, if you will.

Oh! So those things exist? Well…

Here’s the thing: Chicago didn’t need to give Justin Fields all of the first-team reps. They didn’t even have to give him half if they felt a strong desire to ensure Andy Dalton felt secure with his QB1 status this summer. But to give Fields the bare minimum of first team reps starting in mid-August was a misstep.

Getting Fields work in drills with first-teamers from time to time was nice. But getting 1-2 reps, maybe a handful at most, never felt like the best path for proper development. And what makes it worse is how it is showing up on game day. And specifically with Robinson. There was the dropped touchdown in Week 2 against the Bengals. Plus the misfire in last Sunday’s Bucs game on a route in which Robinson fell while trying to get on course on a ball that was ultimately an interception. But it’s not just Robinson. A number of missed throws, miscommunications, clunky timing that shows up on routes, drops, and more have left me thinking this probably doesn’t happen if Fields had more summertime reps with this unit. And I can’t imagine I’m alone in feeling this way.

We often speak about actions having consequences. And how every decision creates a chain reaction. This is why. Because less-than-sound decision-making in August is impacting a rudderless offense as we approach November. Don’t get me wrong. A better process this summer wouldn’t have turned Chicago’s offense into the reincarnation of The Greatest Show on Turf. But it could have helped avoid a receiver opening up about how a lack of reps has hurt the offense.

The good news is that – with Fields and Robinson – the Bears are led by two players known for their strong work ethics. And because Fields has talent and upside, it’s possible that he and a player with Robinson’s track record can get it going sooner or later. But that we have to throw in the “sooner or later” caveat is a reminder that the thing that so many feared would happen by not implementing Fields with the first-teamers is actually happening. Everyone saw it coming, save for the people who needed to see it coming.