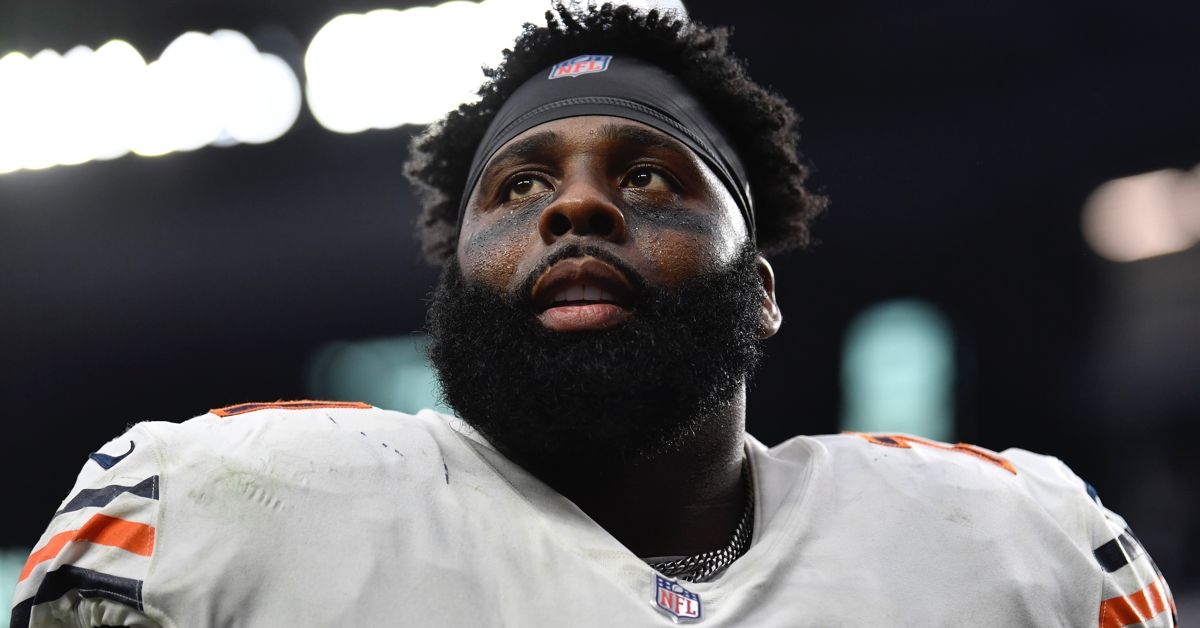 In addition to protecting Justin Fields’ blindside, it turns out Jason Peters also serves as a news-breaker.

A man who wears many hats is a man after my own heart:

OT Jason Peters says Larry Borom will be back this week on the OL. #Bears

But Peters wasn’t done when he was finished serving up the Borom update. Peters would go on to discuss Teven Jenkins’ progress, telling reporters (also via Zack Pearson): “Teven, I think he’s coming in a few more weeks. Slow progression.”

And just like that, Peters – who has been with the team all of two months – has given more honest insight and information about the state of the team’s health than Matt Nagy has in the last two+ seasons. To that end, we should be thankful for Peters’ presence and forthcoming nature. As for what this could mean for the Bears, it’s news that moves the needle.

Chicago’s football team was down to its fifth right tackle option on Sunday by the time it put Alex Bars into the contest. So getting Borom back would be a plus. Borom, a Day 3 pick who was a rookie playing left tackle in place of Peters in Week 1 before suffering an injury of his own, could conceivably start at right tackle as soon as this week. The Mizzou product is eligible to come off IR and could provide stability to a line that needs it. Because if the Bears thought enough of Borom to give him a shot at left tackle during training camp and the preseason, then I doubt they’d hesitate to put him on the other side of the line.

As for Jenkins, that Peters was able to present an update that didn’t make it seem like the Bears’ second-round pick was out for the year is the most optimistic update we’ve heard in quite some time. As urban wordsmith (and Chicago native) Common once spoke: “You know what they say, Kanye: Slow motion better than no motion.” In other words, any inkling or evidence of progress is better than no progress. Ultimately, it would be a net win if Jenkins can make a cameo at any point later this season.

In the end, getting either (or both!) Borom and Jenkins back would bring a major boost to this line. There are usable pieces with Peters, Cody Whitehair, and James Daniels in the starting lineup. But injuries and inconsistency elsewhere has done a number on this group. If the current starters can stay healthy, and the players on IR can make their way back into the huddle, Chicago’s offensive line will be better for it. And in turn, I imagine Justin Fields and the rest of the offense will be, too.