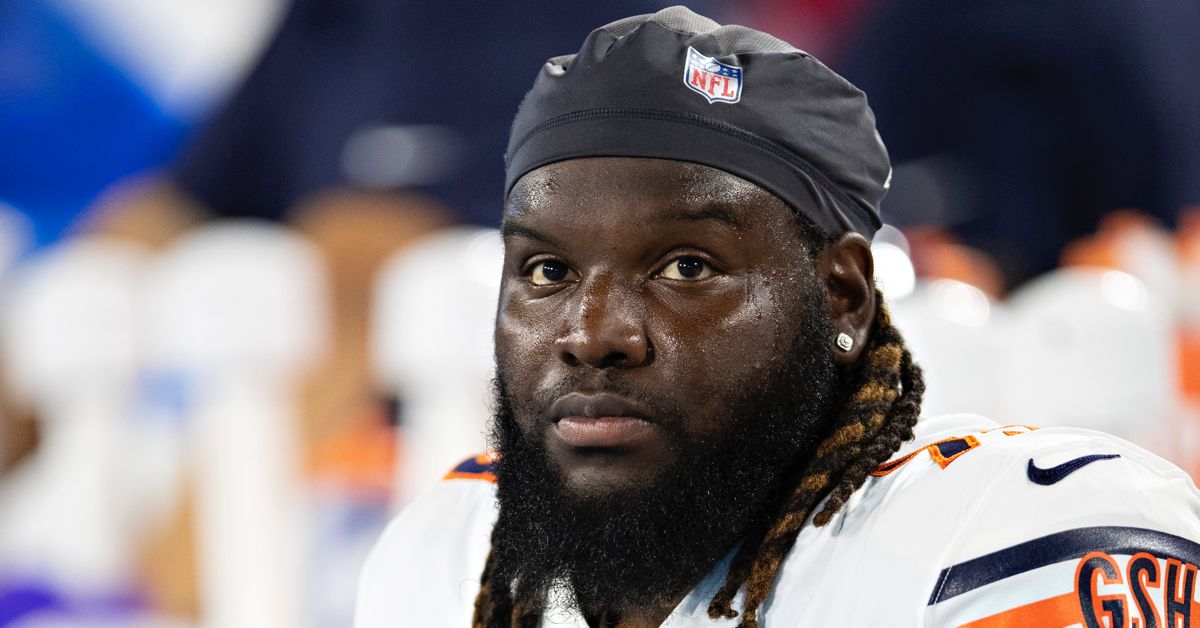 On top of being the Bears’ starting left tackle and a news-breaker sharing injury progress reports regarding his teammates, Jason Peters found himself exposing a bright red flag regarding a coaching misstep that took place ahed of the team’s loss to the Bucs.

On the one hand, it’s not surprising that Lachavious Simmons didn’t get any practice reps before his Sunday start. Remember, Elijah Wilkinson was put on the COVID reserve list just hours before kickoff. This left Simmons, a seventh-round pick in 2020, as the next-man-up on the depth chart. It’s worth pointing out Simmons did have *SOME* experience at tackle from the preseason. But most teams don’t give their fifth option at right tackle first-team reps. Let’s be honest. Contingency plans involving the fifth offensive tackle won’t likely be the best. Nevertheless, it’s not an excuse for the decision-making process Matt Nagy and his staff used in Week 7.

Because in no universe is it logical to give a player their first start when they have no practice experience leading up to the game and have just one offensive snap under their belt. Not only is that nonsensical, it was a decision that didn’t position the player in a good place to succeed, and put Justin Fields directly in the line of fire. From the moment it became Fields’ time, every decision made should’ve been one with doing right by Fields in mind. Putting a young player with no starting experience on an island with Shaq Barrett doesn’t do that.

And it didn’t take long for us to figure this out:

Nice get off by Shaq Barrett on the strip sack pic.twitter.com/pixxDOSLUd

After realizing the Simmons experience wasn’t working, the Bears threw Alex Bars into the mix Alex Bars. And even though Bars doesn’t necessarily move the needle, at least he has prior starting experience in the trenches. All of this leaves me wondering what Bars did to slide down the depth chart. I realize we’re discussing a situation pitting a seventh-round pick and an undrafted free agent. But how does one go from being a starting guard during the offense’s best stretch in 2020 to being behind a player with Simmons’ limited body of work? That feels fair to ask.

In the end, it all points to issues at the top. Coaching, planning, and evaluating should be in question. That it’s taking a 39-year-old offensive lineman who was fishing when the team called on him to lend a helping hand to shine a light on these problems feel awfully telling.