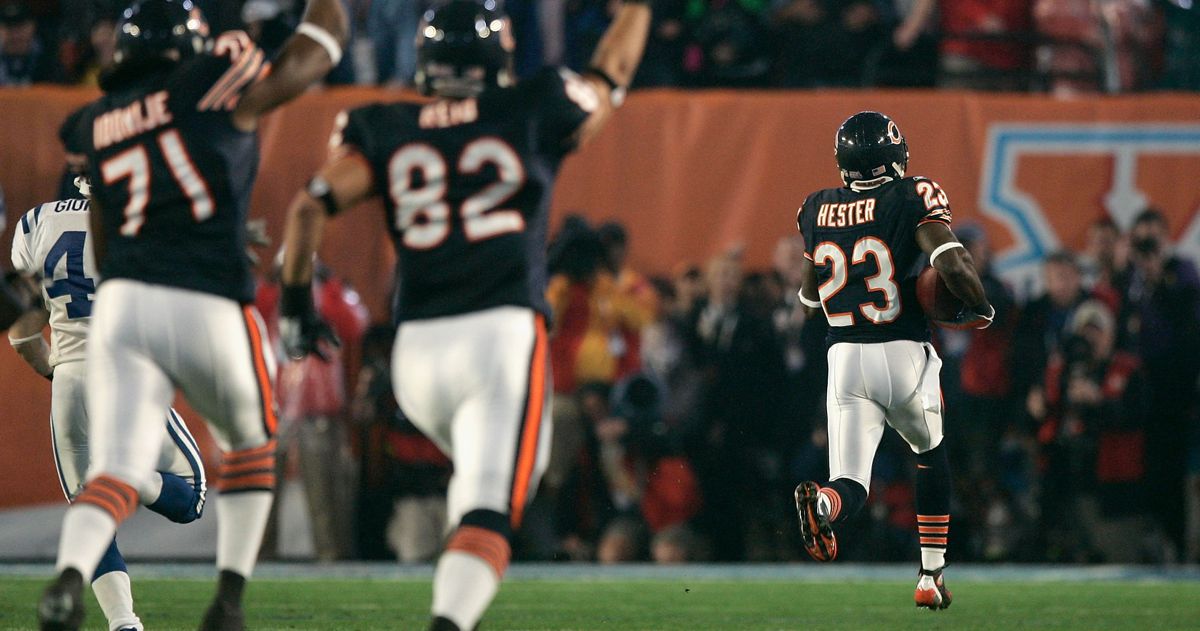 The news nugget noting how NIU got its first 500-yard passing and 300-yard receiving games in school history last night reminds me the Bears haven’t had a 400-yard passing game since 1999. Look, don’t ask me why my brain works this way. It just does.

•   Aaron Rodgers misled folks about his vaccination status, which has led to his reputation taking a hit and has left the Packers scrambling. In the latest chapter of what has been a wild calendar year for Rodgers, the Green Bay QB tested positive for coronavirus and is now ineligible to play on Sunday vs. the Chiefs due to COVID protocols. Speaking of league protocols, the league is investigating if (1) Rodgers violated league protocols and (2) if the Packers failed in enforcing league protocols. This situation is leaving the league looking bad. And because we’ve seen what a spiteful league can throw down in terms of punishment, we’ll keep tabs on how this situation is handled.

•   Pro Football HOFer Gil Brandt had a COVID/Rodgers/Bears ownership joke, and I would’ve laughed had I not immediately been worried about Virginia Halas McCaskey contracting coronavirus at age 98. Or had I quickly realized it was a joke. Then again, considering how many Bears and Packers players have gone on the Reserve/COVID-19 list or been put into COVID protocols, I’d hate to make a joke at what could’ve been a football super-spreader event. Don’t get me wrong. Jokes are funny. And I like to laugh. But I doubt the league is laughing about this situation right now with egg on its face.

•   Part of me wonders how different we’d be looking at this situation had Rodgers been up front about it in the first place. But part of me keeps in mind that Rodgers could be on that same plane as Nets star Kyrie Irving.

The 🐐kick returner, and first player to receive a 100 speed rating in Madden.@ChicagoBears' Devin Hester was a cheat code. ⚡️
(via @nflthrowback) pic.twitter.com/qVnCtJEO0Y

•   As a reminder, Hester is eligible to go into the Pro Football Hall of Fame in his first year of eligibility THIS YEAR. Admittedly, it’s a tough hill to climb for special teams stars such as Hester. But the Hall of Fame debate should be simple. Can you tell the story of the NFL without mentioning Hester’s contributions? The answer is no, so his place in Canton should be a lock. End of story.

•   While we’re on the topic of kick returners, Jakeem Grant Sr. is doing a nice job. Since joining the Bears, Grant is averaging 25.7 yards per return. That is an average of 4.2 yards more than he was getting last year with the Dolphins. And his 10.3 yards per punt return average is nearly 3 yards better than what he was doing this year in Miami. The #BearsSpecialTeams hashtag is often sued on Twitter to showcase the follies of the third phase. But the return game has been a pleasant surprise. Although, the Bears could do better in coverage. Opponents are averaging 14.3 yards per punt return, which is unacceptably high.

•   One thing I was hoping to see this season from the Bears’ offense was an increase of pre-snap shifts and motions. And look who’s in the top-10:

First column is motion at the snap. Second is all shifts/motion.

Motion at the snap on dropbacks has maintained its edge: .08 EPA/P advantage this season over non-motion at snap plays.

•   Not only is it good for letting QBs read opposing defenses, but it never hurts to possibly put a defender out of position by creating a mismatch with some motion. This could all be helpful for Justin Fields in his development. It’s just that I wish there was a metric that could display how useful it is/isn’t for the teams that use it.

•   Khalil Herbert, Damien Williams, and the rest of the Bears rung me have stiff competition ahead of them on Monday:

•   A fun fact about this specific date in Bears history:

2013: Josh McCown and Shea McClellin lead a MNF upset over the Packers in Lambeau

•   The Disney gang is shutting down ESPN Classic at year’s end, which I feel is a mistake. There is probably an audience for it to live on ESPN+ as a place to replay important games from X date in sports history. It could also possibly do wonders with old players doing commentary over classic games. Think what the ManningCast does in real time, but with retired players chiming in on the good old days.

•   Earlier in the year, I know I made it a point to reference Presbyterian College, the school in the FCS (former I-AA subdivision of college football) that never punts when they rolled some team early in the season. Turns out things aren’t going well since then (per The Athletic):

Did you know that FCS Presbyterian College — the school that never punts — has lost six straight while allowing an average of 61.3 points per game during the streak? The Blue Hose have punted seven times this season while converting 18 of 60 (30 percent) fourth-down tries

•   The Mets have more drama than a Law and Order marathon on TNT:

Remember That Mysterious Mets Fight? Turns Out It Was NOT About “Rats and Raccoons,” and It Got Really Physical – https://t.co/0LA8py3VLk pic.twitter.com/0ZIBsZvnDk

•   These Bulls play with an energy that doesn’t let them quit – despite facing what otherwise would be demoralizing double-digit deficits. They also dunk good, too:

•   Jack Eichel, who was briefly name-checked as a possible offseason trade target for the Blackhawks, is heading to Vegas: