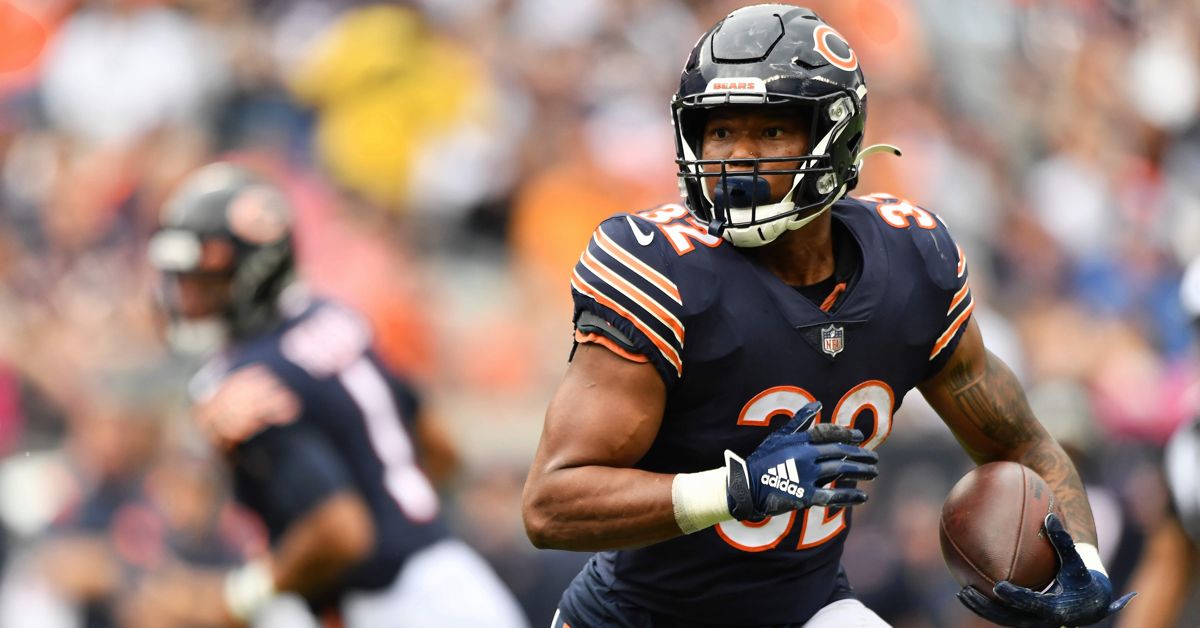 If, for some reason, the Chicago Bears need an interim head coach between now and season’s end, at least we know Chris Tabor can do a bang-up job in a pinch.

In the meantime, the person holding that title in a full-time capacity returns to action today:

Nagy did not coach in the Bears’ Week 8 loss to the 49ers. Instead, he watched the game on television like many of us did on Sunday. Nagy tested positive for COVID-19 one day after Chicago’s Week 7 defeat in Tampa Bay. And even though he is vaccinated – as all NFL coaches are – Nagy was unable to put forth two negative tests at least 24 hours apart last week. Doing so would’ve let him coach against the Niners. But because it didn’t happen, it put Tabor in the driver’s seat until Nagy could put forth those two negative tests. Now that it’s happened, Nagy is back in the saddle as the Bears’ head coach.

And soon, David Montgomery will join him:

Coach Nagy announced that David Montgomery will return to practice today, opening a 21-day window for his activation from IR.

Montgomery went on IR after the Bears’ Week 4 win against the Lions. In that game, Montgomery put up 106 rushing yards and two touchdowns on 23 carries. But his final rush of the game resulted in a reported knee sprain that was expected to put him out for 4-5 weeks. Chicago’s football team dodged a bullet, in that Montgomery did not suffer a more serious injury.

The Bears rushing game hasn’t taken a step back in Montgomery’s absence. Rookie Khalil Herbert and new addition Damien Williams did well in filling the gaps while he was gone. In fact, the big takeaway from Montgomery’s IR stint is that there is room for all sorts of production from Chicago’s backfield. The combination of depth and skills figures to be valuable in sparking the offense moving forward.

It is a blessing of sorts that Montgomery’s 21-day practice window is already underway and activation from IR could happen as soon as Monday against the Steelers. That would be on the aggressive side of things. And it would be unfair to expect Montgomery to be back pat full strength for this week’s game. But Montgomery has shown a knack for beating odds when it comes to beating timetables for return. So, with that in mind, I won’t put any guesses out there as to when Montgomery will be back. Just know that it looks to be sooner, rather than later based on his return to practice later today.