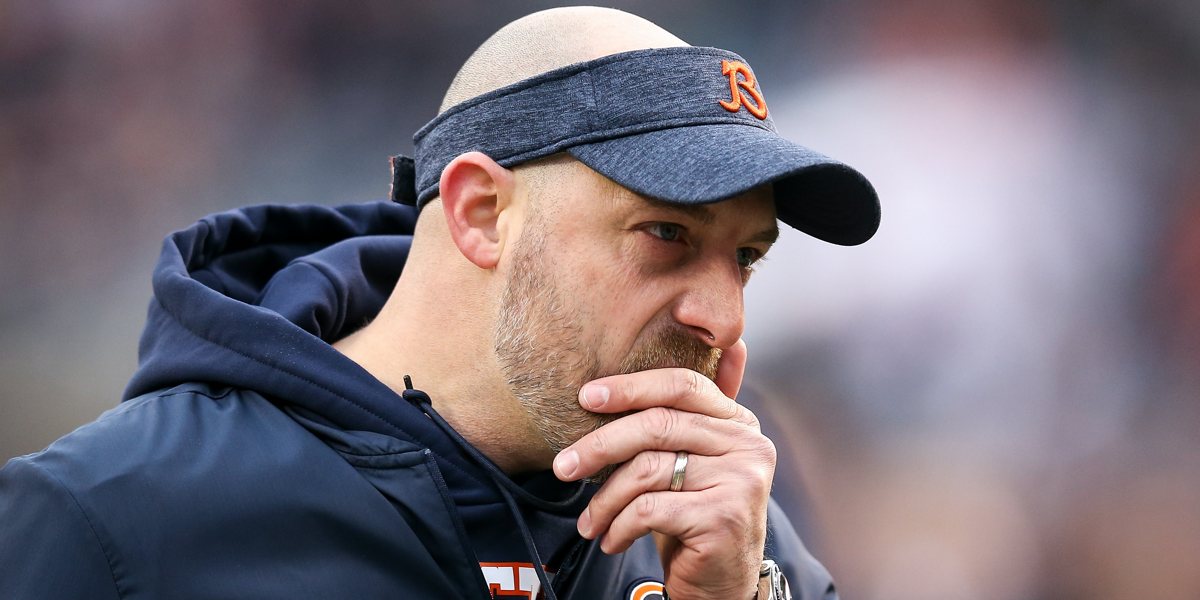 A three-game losing streak and a sub-.500 record is all one needs to start looking to the horizon for something better.

And when it comes to the Chicago Bears, ideally, that future would come with a change of philosophy, approach, scheme, and execution. Preferably, working towards the goal of maximizing *everything* for quarterback Justin Fields (his own development, the tools around him, everything). And, so, yes, at a fundamental level, those conversations begin with a new head coach.

Let’s face it, a 3-5 record to start what feels like a make-or-break year after consecutive 8-8 seasons is a red flag of sorts. And perhaps those conversations are already underway:

NEWS: @AllbrightNFL reveals that #DaBears have begun to gather information on HC replacements for #MattNagy.

Plus, Benjamin gives an in-depth evaluation of #JustinFields!

For what it’s worth, this isn’t the first time Allbright has made this connection. Back in mid-October, Allbright began speculating about Nagy replacements. And in doing so, the Denver-based reporter was name-checking Daboll as a possible target. Daboll will be a popular candidate once this coaching cycle opens up. But this is now the second time in which Allbright has made reference to Daboll being the “leader in the clubhouse.”

We have a ways to go before we start digging deep into possible head-coaching replacements. In part, because I’m uncertain as to whom is doing the background here. Is GM Ryan Pace doing background work on the assumption he’ll get an extension? Or does he have one of those under-the-table, wink-and-a-nod deals done? Is President Ted Phillips getting a head start on laying the groundwork on getting background for Pace’s replacement? Would Chairman George McCaskey be the point man in this scenario?

Don’t get me wrong. It’s not as if the Bears shouldn’t be looking toward the future. There is a general feeling that the Pace-Nagy era has run its course. And with that in mind, it wouldn’t be the worst idea to start putting names on a dry-erase board for when the time comes. It’s just that saying the Bears are doing homework on candidates without knowing who’s doing the work is odd.

For what it’s worth, a report with similar (albeit, far-less-vague) framing came out in Dec. 2017 near the end of John Fox’s tenure in Chicago. Back then, it was NFL Network insider Ian Rapoport reporting: “Ted Phillips, their president, is doing homework now and trying to find out which candidates are going to be available in the likely event they decide John Fox is out.” Re-visiting this has me tugging on my collar nervously just as I did five years ago.

Although, it’s worth noting that later reporting underscored Phillips’ involvement as something being on a preliminary level. After all, Phillips is the money guy when it comes to the Bears’ operational hierarchy. And I imagine it is the responsibility of the money guy to have an idea of how dollars will be allocated. So this checks out, especially when it comes to such a search. Nevertheless, it’s a situation we’ll continue to monitor with great interest.