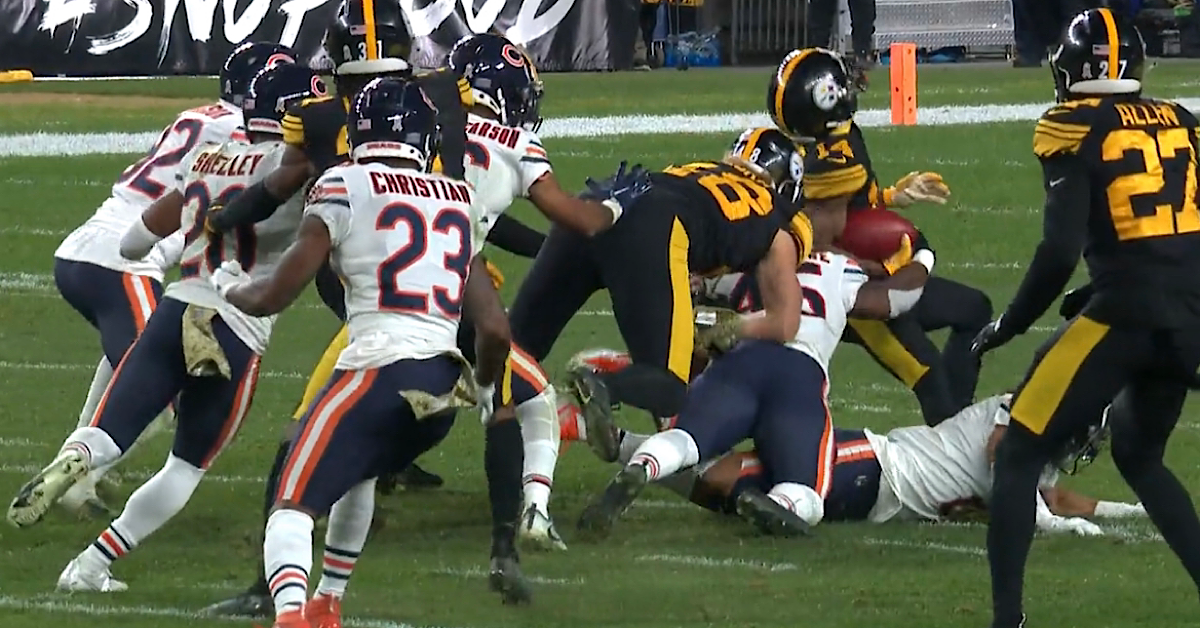 Just when you thought the Bears were done after Jakeem Grant’s kick return fumble, Chicago’s special teams unit makes magic of its own.

Shout out to Joel Iyiegbuniwe for forcing the fumble. But also dap up DeAndre Houston-Carson being Johnny-on-the-spot for the scoop and score. Bears special teamers haven’t done much to make highlight reels lately, but this is an exception. And a well-timed one, too.

Cairo Santos hit the PAT to make it 23-20, which is a much closer game than what we would’ve otherwise expected after watching the Bears struggle for three quarters.