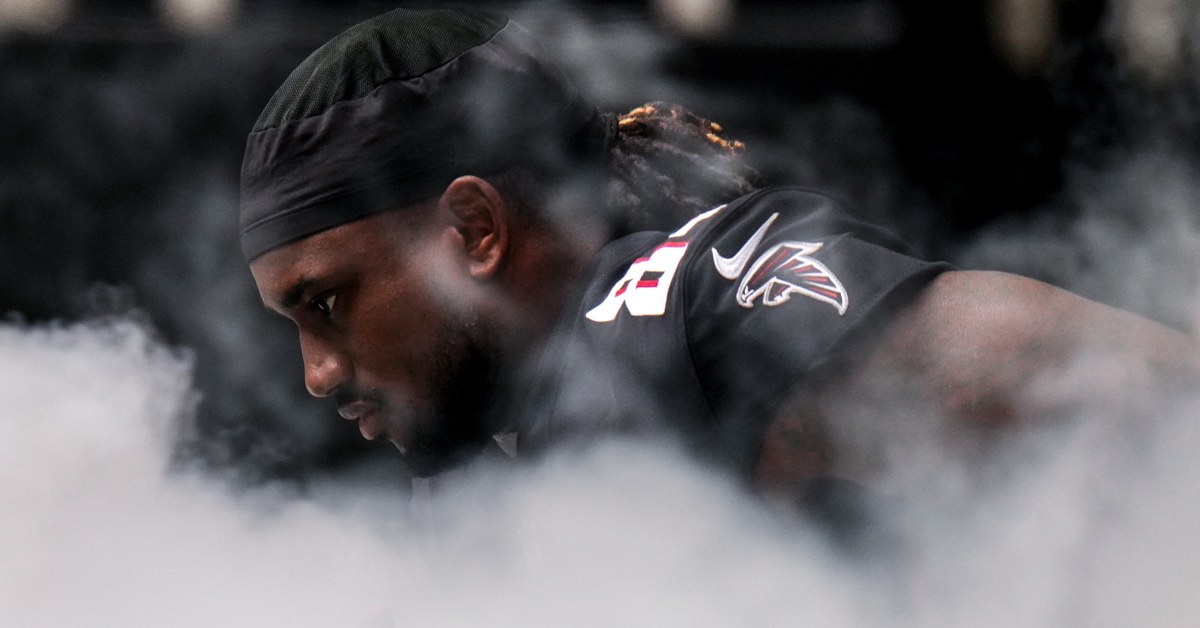 If anyone needs me, I’ll be humming the Monday Night Football theme all day.

•   My hope while watching Sunday’s Bears-less football action was that someone’s offense would stand out to the point where it would cement their spot on a hypothetical future head-coaching candidate wishlist. Specifically, I was hoping Brian Daboll (Bills), Kellen Moore (Cowboys), and Joe Brady (Panthers) would give me an “a-ha!” moment. Clearly, I was imagining things going differently than they did on Sunday.

•   Daboll’s squad put up just six points in losing to the Jaguars. Moore’s unit scored just 16 (all after falling behind 30-0) despite Dak Prescott’s return. And Brady’s bunch in Carolina scored just 6 points as Sam Darnold put up a woeful. 26.3 passer rating and 3.0 on ESPN’s QBR metric. This isn’t what anyone wanted to see, especially those of us who want to watch fewer offenses that remind us of the current regime. To be clear, yesterday’s action doesn’t push anyone off a wish list. It’s just that, on a day that could’ve left a strong impression, no good impressions were left.

•   The body of work for Daboll is still good. It’s not like we can ignore how the Bills were the NFL’s No. 1 scoring offense entering Week 9. And we shouldn’t look past what Moore has done. After all, he is just one week after orchestrating a game plan with Cooper Rush that was good enough to beat the Vikings on Sunday Night Football. Brady’s scheme has shown it can work when high-end talent is healthy. But, yeah, I went into yesterday wanting to be entertained by offense and didn’t get what I wanted. Bummer.

•   Here’s a reminder of how quickly things can turn for even the best offensive play callers:

marc trestman with yeezys proves once again that it takes more to be a head coach than calling plays. https://t.co/kXbmgmhCpK

•   They called this man “marc trestman with yeezys” and I can’t stop laughing about it.

•   Even still, I fully expect the Steelers to adopt this game plan vs. the Bears:

More from @gregcosell and I on the Week 8 tape…

Kyle Shanahan’s run game vs. CHI. Perimeter schemes (attack the edge with Mitchell). And utilize the versatility of Juszczyk as a lead blocker. @NFLMatchup pic.twitter.com/uUlZ9vrRjP

•   Attacking the edges while Khalil Mack is out will be a top priority until the Bears defense can stop opposing ground games. Maybe the extra day of prep work will help. Perhaps having Robert Quinn and Akiem Hicks one week healthier than they were in the last game helps things. But if Eddie Goldman continues to get worked as he did in the video above, then it’s gonna be a long day at the office.

•   This is some good perspective to keep:

Josh Allen had a bad game, and Josh Allen had a great game and all of a sudden Brian Daboll is a plumber. Too much gets put on the backs of coaches and not enough on players.

•   Poor Brian Daboll. Just days after reports suggested he was the front-runner for a Bears head-coaching position that isn’t even open yet, he saw Josh Allen sack, intercept, and recover a fumble by Josh Allen. Yeah, that happened.

•   For the record, it wasn’t a complete stinker, as the Ravens took down the Vikings in overtime. Nothing like watching your rivals lose games in the most soul-crushing way possible. And that the Ravens did so with 500 yards of offense led by a young stud quarterback should put Offensive Coordinator Greg Roman on some more radars. There is evidence his offense works with different QBs and skill position players. And without falling too far down the rabbit hole, the Ravens’ brand of offense seems like one that puts players in the best position to be successful. I wish I could say the same for the Bears’ current scheme.

•   On the one hand, I wish Matt Nagy would’ve gotten the memo here:

CORDARRELLE PATTERSON IS A WEAPON pic.twitter.com/mw98nwhKH3

•   But on the other hand, I wish the people who were chiding Matt Nagy for using Patterson on offense in 2020 (only to lament Patterson’s departure in 2021) would own it and not use this as some sort of gotcha! moment. Sigh. I had a feeling he would be missed.

•   That Patterson is thriving in an offense that has several key ex-Bears offensive assistants (Charles London, Dave Ragone) feels like it says everything we need to know about the current offensive coaching regime.

•   It could be worse. The Bears could be stuck with the Sam Darnold experience:

Matt Rhule: “I don’t want to lay it all on one guy, but we can’t keep throwing the ball up in the air.”

Is Sam Darnold still the guy? “We can’t keep doing that.”

•   Aaron Rodgers didn’t play in the Packers loss to the Chiefs on Sunday. But it didn’t stop him from getting drilled publicly:

The four Hall of Famers on the @NFLonFOX pregame show teed off on Aaron Rodgers, with the strongest comments coming from Terry Bradshaw: "You lied to everyone." https://t.co/Y5YWtK7P4N

Kareem Abdul-Jabbar had some strong words for Aaron Rodgers. pic.twitter.com/aZAf2LSiaj

On Rodgers being a “critical thinker” pic.twitter.com/EkHixH9xTj

Previous Two Sundays: 25% of State Farm ads had Aaron Rodgers in it

Today: Only 1.5% of State Farm ads had Aaron Rodgers in it, according to tracking company @ApexMarketing.

Behind the scenes State Farm appears to be pulling back on the QBhttps://t.co/WC3gab2rYj

•   If that is what the Packers will look like without Rodgers upon his departure, then I’m willing to wait this year out and send him packing after the conclusion of the 2021 season.

•   I think we’ll see a push around the league for players to be stricter in following COVID-19 protocols:

•   Wanted to pass this along in the wake of what was a trying week for folks in Vegas:

A fundraiser was started for the family of Tina Tintor, who was the woman killed in the car crash involving former #Raiders player Henry Ruggs III earlier this week. I can confirm that her brother is who set it up. If you'd like, here's the link to donate: https://t.co/Hyxyt4ZdUe

•   Toys and headphones and chairs and more are your Early Black Friday Deals today at Amazon. #ad

•   Over in the land of baseball, some pretty good players didn’t get qualifying offers from their respective teams. The free agent market could be fun, especially if MLB can pull up with a new CBA:

The free agent pool now has a lot more clarity, and it’s easy to see some arms the Cubs will be going after. https://t.co/WPBbGk1qeD

•   Some worthwhile perspective on the Jeremy Colliton era:

Jeremy Colliton was put in a no-win situation when he took over as head coach of the Blackhawks. Three years later, he and the club expectedly did not win. https://t.co/RnaittgV5J

•   The arrow is pointing in the right direction in terms of Coby White’s pending return: