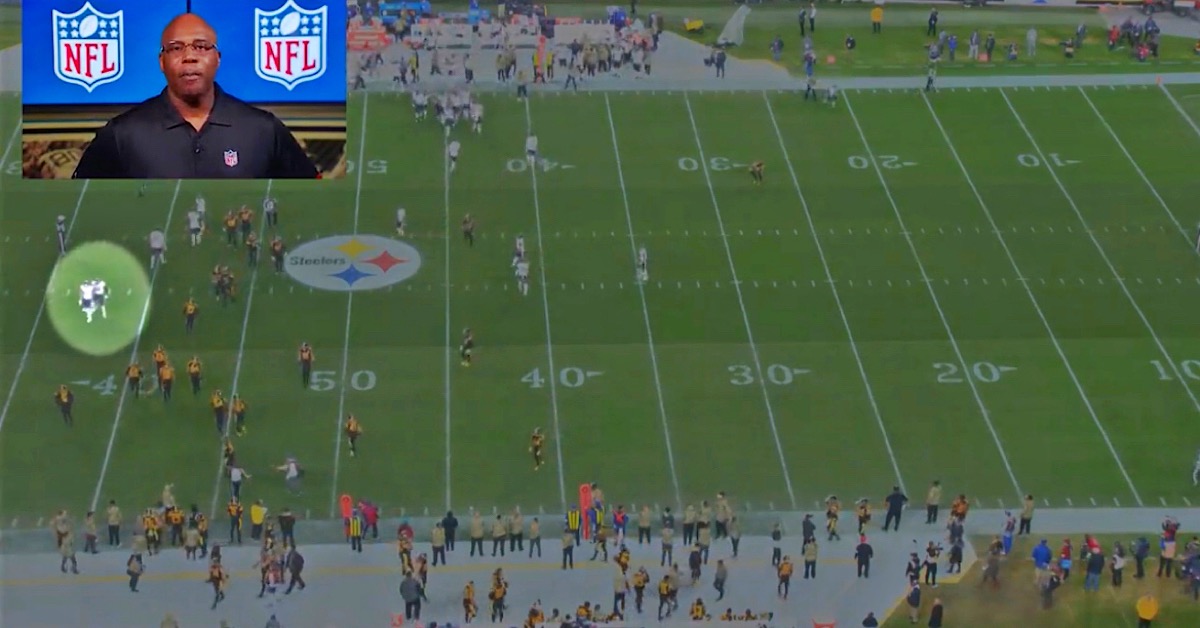 The NFL is standing behind its officials call from the Bears’ MNF loss to the Steelers, in which the taunting penalty by Cassius Marsh that extended Pittsburgh’s drive and ultimately led to a field goal. Moreover, the league is sticking with its assessment that Marsh wasn’t on the receiving end of a hip-check from referee Tony Corrente, who made the egregious call in the first place.

No surprise here. After all, it’s not as if there is video evidence or anything.

And to further prolong the madness, Senior Vice President of Officiating Perry Fewell’s explanation will surely further drive you up a wall.

In case you can’t watch and listen, here’s what Fewell had to say: “He takes several steps toward the Pittsburgh bench, posturing toward their sideline. Taunting is a point of emphasis to promote sportsmanship, and respect for opponents. This was recommended by the competition committee and coaches.”

As if I wasn’t already peeved, that Fewell casually throws in “this was recommended by the Competition Committee and coaches” like they are some infallible group enrages me. Especially when we have first-hand experience with these rules committees changing their minds on such rulings can happen in a quick turnaround. Or is Fewell conveniently forgetting how his predecessors stood by the overturn of Zach Miller’s touchdown, only to offer up a mea culpa in saying it should’ve been ruled a touchdown 145 days later. I can’t sit here and believe the same coaches whose questionable on-field decision-making gets thrown in the ringer from when the first cuts of the summer are made until the last snap of the football season are all of a sudden this unflappable force. Sorry, I’m not buying that for one moment.

Don’t get me wrong. I’m all for sportsmanship and respect for opponents. But if a player can’t be jacked up about a play against a team that cut him THIS SEASON, then why celebrate anything at all?

An archaic type of rule that is rooted in an owner who was tired of watching his bum Giants team get stunted on because they’re bad being a reason why a Bears opponent got free points in what turned out to be a 2-point loss has me circling Chicago’s Week 17 game against New York on my calendar. Because if you’re getting fined for silliness, might was well make it hurt the guy’s team who put stupidity in motion in the first place.