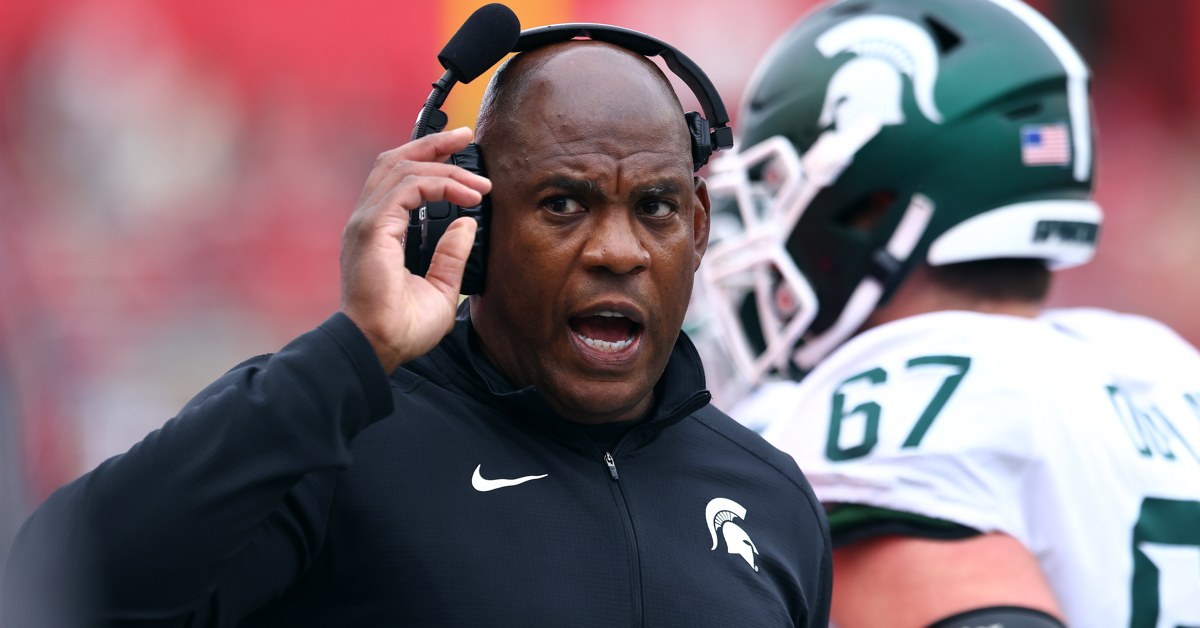 Mel Tucker was the architect of a pair of the worst defenses in Chicago Bears history.

But as I am known to point out every now and again, what one does in bouncing back means more than how they fell in the first place. And since that rock bottom experience with the Bears, Tucker has gone on to grow as a coach. He has spent time coaching defensive backs at Alabama, running the defense at Georgia, and earning head coaching gigs at Colorado and Michigan State.

And soon, Tucker could be the recipient of a ginormous college football coaching contract:

David Jesse of the Detroit Free Press reports Michigan State is piecing together a 10-year extension worth $95 million. Jesse calls it historic, but that seems light for a gargantuan deal of this magnitude. Ten years is a long time. And $95 million is a hefty chunk of change. But hey, if someone is willing to give it, then why not take it?

Tucker, 49, is 11-6 in two seasons coaching up the Spartans. MSU’s 9-1 start (6-1 in Big Ten play) has been eye-opening. So much so, Tucker’s name has been loosely connected to openings at LSU and USC, and could’ve been someone Florida would have had an interest in pursuing should the school change lanes and push Dan Mullen out the door. Hence, the building buzz of Tucker getting a mega-extension to continue building Michigan State.

It is impressive to say the least that Tucker is in this position in the first place. An all-time awful showing by the defense undercut the Bears’ 2013 season. Because after having a top-10 defense in 2012, the 2013 squad allowed franchise worsts in across the board. This group gave up a ton of points (478, 29.9 per game), total yards (6,313), and rushing yards (2,583). And ultimately, it was a season to forget. But following with a campaign that was nearly as bad a year later, the Bears dismissed Tucker and the rest of Trestman’s staff (save Sean Desai).

So kudos to Tucker for rebounding in a big way, even if it came only after bottoming out with my favorite team.