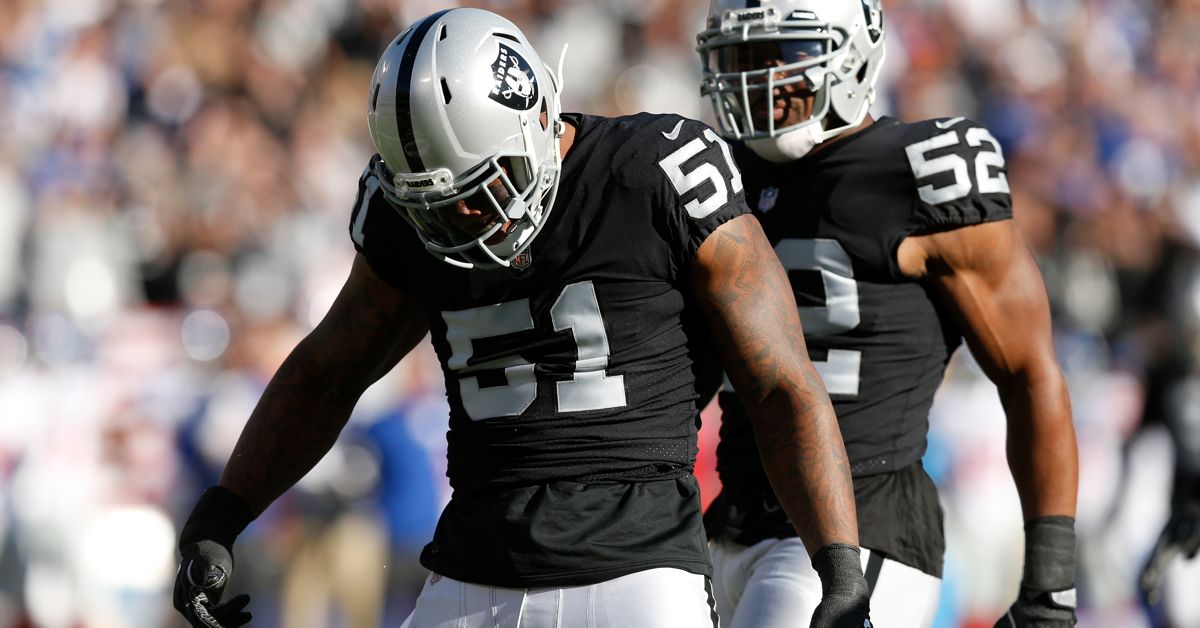 I know what you’re thinking, and you’re right. The Chicago Bears pass-rush hasn’t been the same since Khalil Mack was sidelined with a foot injury. And while there isn’t a Mack clone out there on the waiver wire, it isn’t stopping the Bears from angling for help:

Veteran pass-rusher Bruce Irvin has signed with the #Bears, source said. With Khalil Mack banged up, some help on the edge.

NFL Network insider Ian Rapoport reports the Bears are signing free agent Bruce Irvin. And in turn, Irvin sent out a tweet of his own:

Irvin, 34, who has a decorated résumé. The West Virginia product 121 games (92 starts) under his belt with stops in Seattle (2012-15, 2020), Oakland (2016-18), Atlanta (2018), and Carolina (2019). He has racked up 52 sacks, 64 tackles-for-loss, and 118 quarterback hits in his career. Depending on how much time he needs to get up to speed, it could be only a matter of time until Irvin joins the rotation of pass-rushers in Chicago. Moreover, it gets Irvin re-united with Khalil Mack. The two were teammates while with the Raiders. And as you might remember, he had an epic reaction to news of Mack’s trade from the Raiders to the Bears:

Hey, now. I had the same reaction myself.

Rapoport cites Mack being “banged up” as a reason Chicago is bringing in help. Mack has missed the Bears’ last two games and was in on on just 71 percent of the team’s defensive snaps when he was last on the field. There’s been a belief for some time that the foot injury Mack was playing through would shelve him for a considerable amount of time. But only now is the team acting on it. Part of me thinks of this signing as a better late than never scenario. But part of me also thinks this signing feels awfully telling about how much longer Mack will be out. We’ll see if any developments follow.