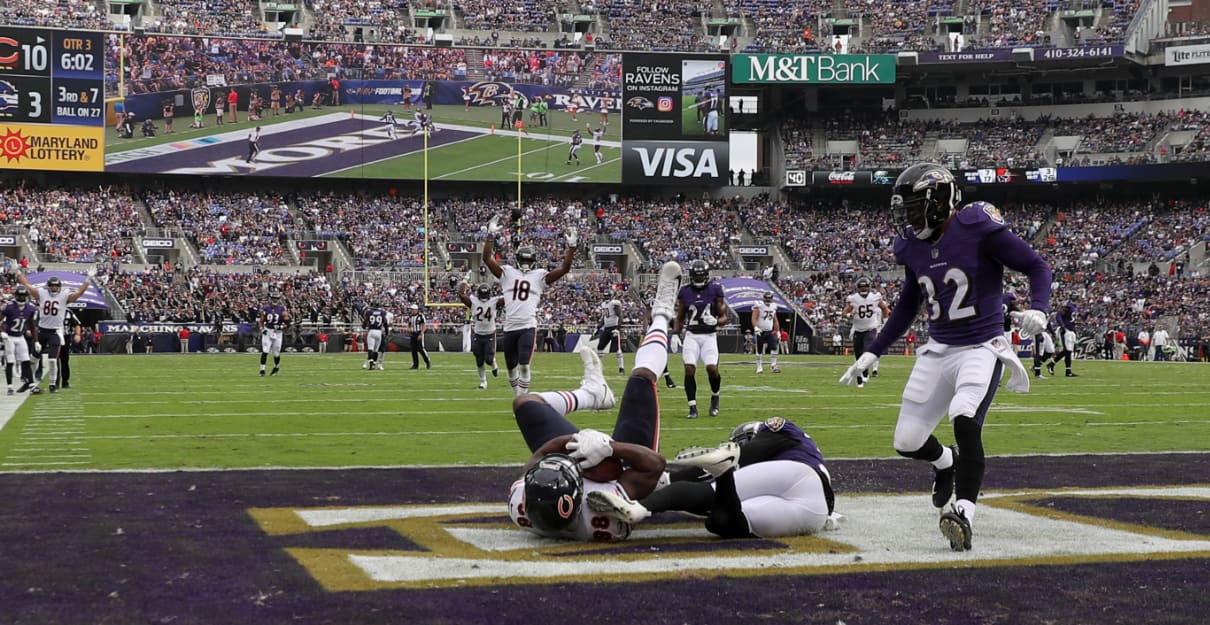 With Khalil Mack and Danny Trevathan hitting the IR on Friday afternoon and the Bears checking in today with a 3-6 record, it’s all about the development of key position players of the future for the rest of this season, with Justin Fields being numero uno on that list of players to watch. Fortunately for us, we get to watch Justin Fields take on a player that he studied regarding how the two signal-callers operate in the running game, Lamar Jackson.

But before we get ready to watch Fields vs. Jackson tomorrow, let’s revisit the last time these two teams played each other in October 2017. The two teams have only played six times to date, so there wasn’t a bunch of games to choose from when it comes to this week’s version of the Bears rewind, but this one will do. It has some parallels to this Bears team. Some good, some we hope aren’t replicated.

John Fox was the head coach for this one, and as we know it now, 2017 would be his final season as the head coach of the Bears. Matt Nagy will be on the sidelines for this matchup with the Ravens, and this will likely be his last season as the Bears head coach. Mitchell Trubisky was the Bears’ rookie quarterback in the 2017 meeting with the Ravens, and of course, Justin Fields finds himself in that spot this week. Obviously, we hope Fields will have a much more fruitful career with the Bears than Trubisky did.

In this meeting, the Bears scored a Connor Barth field goal in the second quarter and then stretched their lead to 10 points when Zach Miller caught a 21-yard touchdown score from *checks notes*… TARIK COHEN!

Justin Tucker cut the Ravens deficit to one score on a 27-yard field goal with three seconds to play in the second quarter. Mitchell Trubisky and the Bears countered the Tucker field goal with a 27-yard touchdown pass to Dion Sims to make it a 17-3 game in favor of the Bears. On the ensuing kickoff, Bobby Rainey returned the kick 97 yards for a touchdown to make it a one-score game in Baltimore.

Justin Tucker would kick two more field goals in the fourth quarter. An Adrian Amos 90-yard interception return for a touchdown would make it 24-16 Bears before Baltimore got another boost from their special teams with under two minutes play in the fourth quarter. Michael Campanaro’s 77-yard punt return touchdown and a successful two-point conversion Joe Flacco and Nick Boyle sent the game to overtime tied at 24-a-piece.

Connor Barth won it for the Bears on a 40-yard field goal in the extra period. The Bears pulled out a victory against the Ravens, their second consecutive overtime victory over Baltimore in as many meetings.

You can watch the full highlights here!