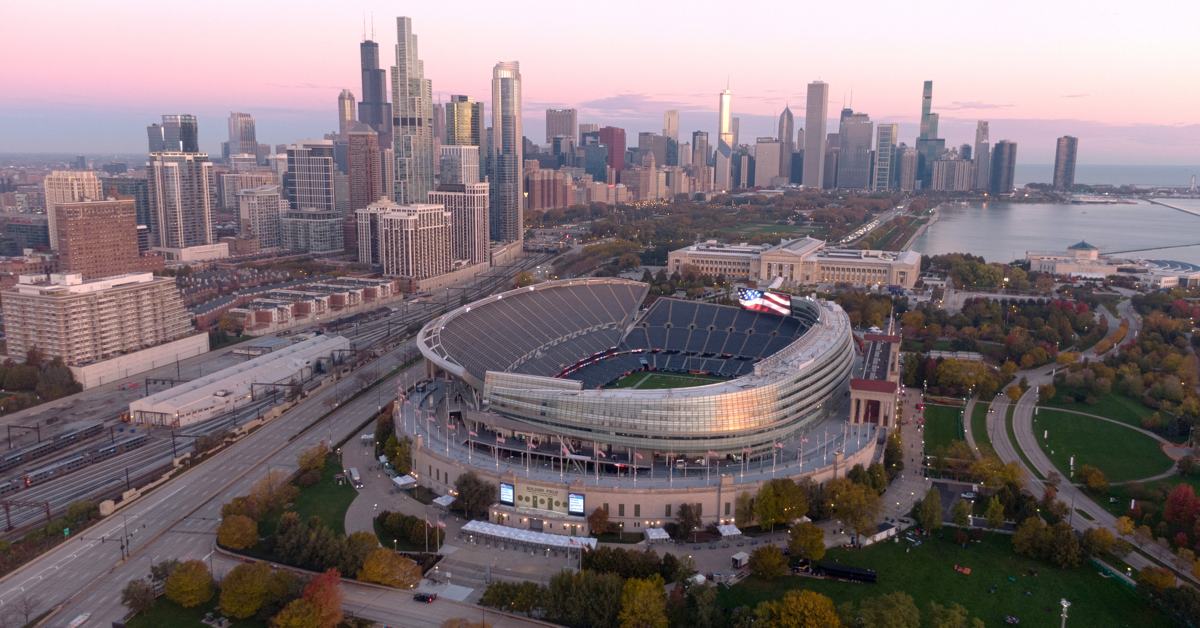 No, I didn’t miss pulling my hair out with every Matt Nagy decision that drove me up a wall.

And I certainly didn’t miss watching a Bears defense that seems to lose a key player to injury on a weekly basis.

But I did miss watching Justin Fields sling it last week.

Sure, I had my bye week fun. Went on a road trip to clear my head. Gave Taylor Swift’s Red (Taylor’s Version) a handful of listens. Caught up on Succession, which still slaps — even when episodes don’t have the same snap as much ones in the first two seasons. Snagged a pair of Jordan Royalty 12s with a rare SNKRS app victory. And even caught up with some old friends along the way.

But I still couldn’t shake how much I missed watching Fields do this:

QB Justin Fields was impressive in Week 10 vs. a proven @Steelers defense. Here, @MattBowen41 shows Fields vs. Cover 1, highlighting his ability to hold the Deep safety and drive the ball to his TE on the seam route. #NFL@GregCosell | @__bbell | #DaBears pic.twitter.com/CgOm5sivC5

Another week, another opportunity for Fields to prove himself in a big game. Not a “big game” so much in terms of playoff hope. Football Outsiders gives the Bears a 1.4% chance at making the postseason. Meanwhile, FiveThirtyEight’s traditional Elo forecast is a hair more optimistic, giving the Bears a 5% chance at getting in the dance. A second consecutive postseason berth is a long-shot, but those pipe dreams take a back seat to Fields’ development. Because if Fields can show more growth coming out of the bye, it will allow us to dream bigger down the road.

Baltimore’s defense is aggressive, but has allowed multi-TD passes to quarterbacks in three if their last five games. In two of those games, the Ravens coughed up 400+ passing yards. In other words, this feels like a good time for Fields to take another step in his development.

Chicago is set to play two games in five days. Let’s get it!