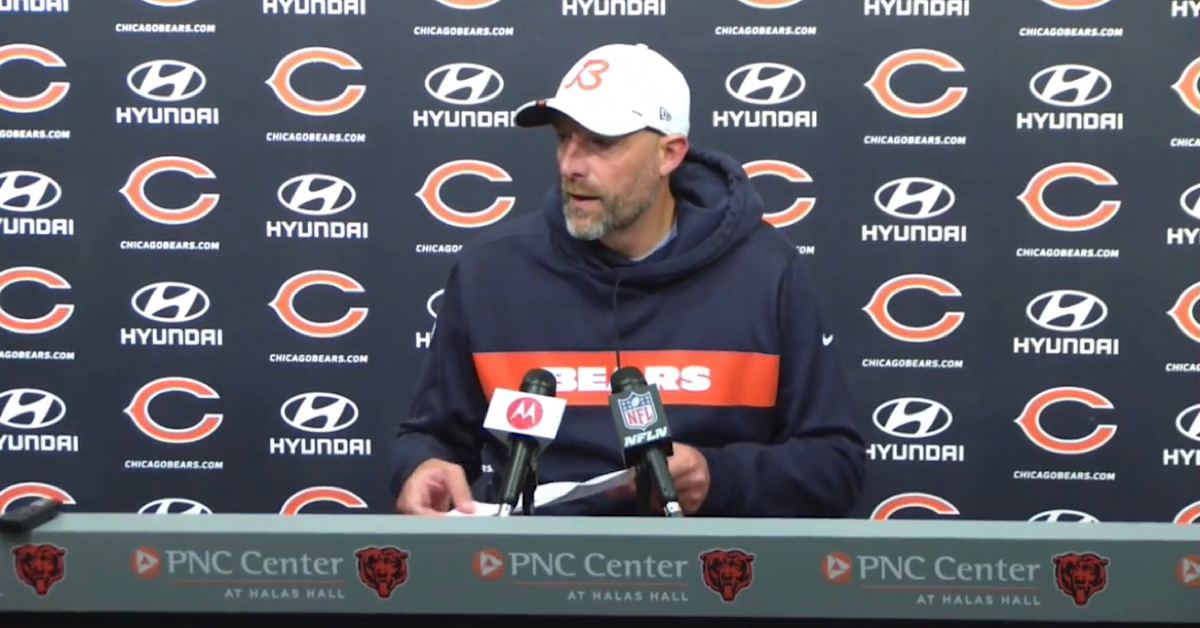 Leave it to the Bears to make a situation to be more awkward than it needs to be.

This morning, a report surfaced sharing that Head Coach Matt Nagy was informed Monday that he would be fired after the team’s Thanksgiving game against the Lions on Thursday. But rather than get ahead of the story, the Bears allowed Nagy’s assistants to field questions from reporters about the situation. And at noon, Nagy was left to fend for himself and shoot down the reports himself:

Bears head coach Matt Nagy asked about the report that he’s been told this will be his last game as head coach: “That is not accurate."

#Bears head coach Matt Nagy says the report about his job status is not accurate.

He even had to address a question about a “Fire Nagy!” chant that went down at his son’s high school playoff game:

Nagy spend much of the early part of his press conference deflecting questions about the report of his firing and his future with the team. He also went on to add that he hasn’t spoken with President Ted Phillips or ownership this week, which is unsurprising given the quick turnaround that comes with playing on Sunday to prepping for a Thursday game. But he also mentioned he has good communication with the powers that be — for whatever that is worth to you.

If Nagy is fired, he’ll become the first coach to face in-season removal in franchise history. Not quite what anyone had in mind when he was brought on board in January 2018. And certainly not what anyone was envisioning for November 2021 after a division-winning 12-4 first season and NFL Coach of the Year honors. But evidently, we’re not even at the point where that is happening. Not right now, at least. In any case, we’ll keep our eyes open to any new updates.