Monsters Ball Out on D, Streaks and Skids, Mike Glennon Fun Facts, and Other Bears Bullets Skip to content 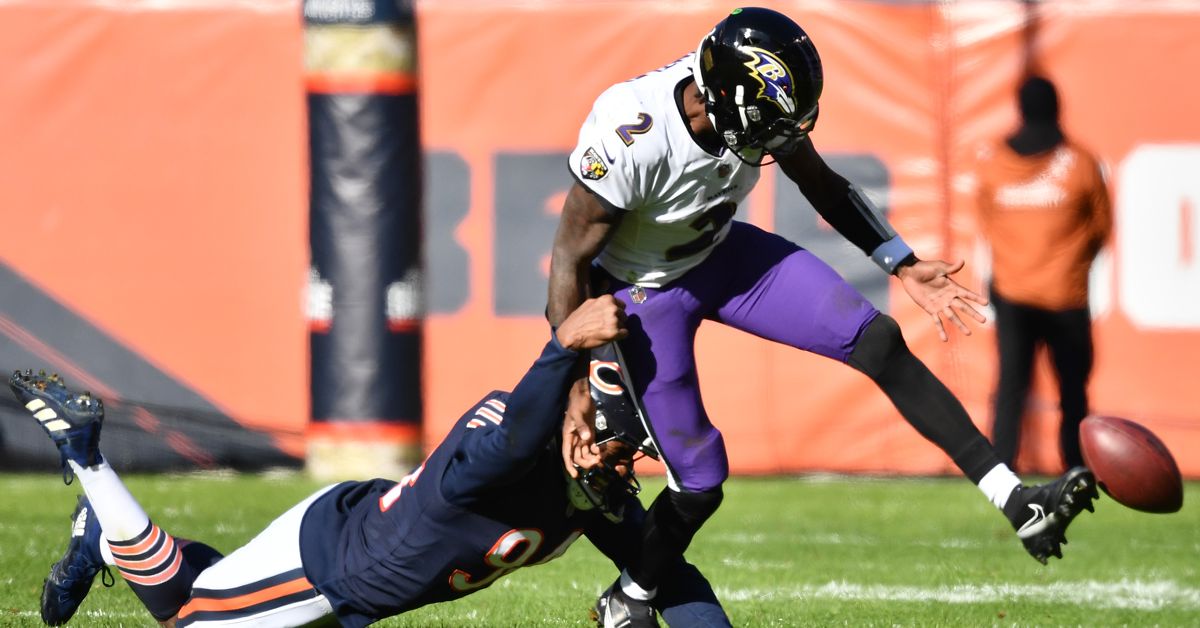 I appreciate how our friends at BN Bulls are always looking out for us:

Wired: Bulls purposefully took the night off so the attention could be on the crowd chanting “Fire Nagy.”

Took one for the city.

You can call it synergy. But I call it looking out for your homies.

•   In case you were curious, The Athletic’s Bruce Feldman presents a list of 33 coaching names that are worth knowing for college football’s coaching carousel. And for what it’s worth, there are some names I’d consider for NFL positions.

•   Take Iowa State Head Coach Matt Campbell as an example of someone whose name often gets thrown onto the NFL rumor mill this time of year. Or Dallas Cowboys Defensive Coordinator Dan Quinn, who has some “leader of men” qualities folks tend to love in head coaching candidates. Sure, those Falcons teams would break hearts at the end of games. But maybe he is the type who thrives if given a second chance.

•   For what it’s worth, I’m not wholly ready to fully dive down that rabbit hole just yet. But that doesn’t mean I’m not gathering names, making a list, and preparing to check it twice. You know, just in case it came down to it.

•   Also, I vibe with WGN’s Adam Hoge here. No matter how you feel about the Bears’ current coach, leave his children out of it. Full stop:

Let’s be perfectly clear about something: Fans have a right to boo and chant whatever they want. And Matt Nagy knows it comes with the territory.

But doing this at his son’s playoff game is absolute BS. Be better. https://t.co/yrLf2TU1OJ

•   Here is some wholesome college football content to serve as a palate cleanser:

Michigan running back Blake Corum used his NIL money to purchase turkeys distributed today in two Ypsilanti communities in what he calls “Giving Back 2 Give Thanks” pic.twitter.com/bXSPKagiUS

•   Peter King (FMIA) found time to re-litigate the Khalil Mack trade. Again. And frankly, I’m ready to change my tune. Hear me out. I’ve long felt as if both teams got what they were looking for in the deal. The Raiders were able to get out from paying Mack at a time when funds weren’t all there, and then were able to net some desirable draft capital in the process. On the other side of the deal, the Bears got the pass-rusher they couldn’t get elsewhere. That the Bears didn’t maximize on the front end of Mack’s deal is a bummer. But we can’t ignore a division title and two playoff berths. And that the Raiders didn’t max out on the draft picks is of no concern. Because, in the end, I feel like the big winner of the Mack deal. Isn’t that what matters?

•   OK, I write that with tongue firmly planted in cheek. Kinda. I’ll never forget when the Mack trade went down. Neither will Bears fans. The jolt of energy it gave us – as a collective fanbase – was unlike anything I’ve ever felt before. The Mack trade opened up a Bears competitive window. And as short-lived as it was, that deal opened doors to make new friends and have some cool football experiences with many of you who are reading this now. For that, I’m thankful. Obviously, we were all hoping for more. But I can’t overlook how that deal has left a positive impact on my life. Sometimes, there are things in sports that are bigger than the final score. Not all the time, mind you. Just some times.

•   It’s frustrating to think about how the Bears wasted this awesome play from Tashaun Gipson Sr. in Sunday’s loss…

•   … but I must admit it is funny to think about how they did it in such a Bears-y way. The Bears really went shotgun run for no gain, shotgun pass for 3 yards, and shotgun pass incomplete. If that isn’t the most predictable Bears offensive sequence after a turnover, then I’ve got nothing for you. Maybe we should laugh at the misfortune because it might be enough to keep us from crying.

•   Say what you want about how Chicago’s defense fell apart down the stretch. In fact, we plan on having some words about it later today. In the meantime, big ups to these prime-time players for their efforts (despite the outcome):

•   Chicago’s football team also wasted a 107.3 passer rating from Andy Dalton on Sunday. Then again, take away the throw on the blown coverage on Marquise Goodwin’s TD and Darnell Mooney taking an RPO screen 80 yards to the house out from the equation and it looks a wee-bit different. Now, we can’t take that away from Dalton. And we shouldn’t. That wouldn’t be the right thing to do. But let’s keep some perspective, shall we?

•   Giants fans doing victory laps with every Bears loss because it helps boost the first-round pick they’re getting from Chicago as part of the Justin Fields trade is hilarious because they would be doing backflips had they hung onto the No. 11 pick last year to take Fields for themselves. Apparently, I was napping when irony died.

•   Conveniently puts aside feelings knowing that the 38th and 69th picks are the only top-100 selections the Bears own right now.

•   I didn’t watch MNF because I spent my night mad at sports because *gestures at my favorite teams* but this slid across my timeline and EXCUSE ME!?

•   Mike Glennon will survive us all, won’t he?

Former Bucs QB Mike Glennon back at Ray-Jay as a Giants backup. He's on his sixth team in six seasons: Bucs, Bears, Cardinals, Raiders, Jaguars, Giants. At least one touchdown pass for all of them.

•   How do the Saints keep coming up with salary cap space? And how do they always find a way to give it to Taysom Hill?

Taysom Hill’s hybrid deal is unique and unlike other contracts because it pays him a $40 million base salary for the role that he’s currently playing, and up to an additional $55 million if he does become the Saints’ starting QB for the next four seasons.

•   One of my new life goals is to find someone who loves me as much as the Saints love using precious cap space on extending a gadget player.

The “Old” Marc-André Fleury is Back for the Blackhawkshttps://t.co/aSc8P4j9Gs

•   Things didn’t go well for the United Center’s other tenant last night. HOWEVER, there are still three games this week to play:

•   As a long-time fantasy baseball player, I’ve had eyes for Steven Matz for a long time. Perhaps the potential post-hype sleeper factor is a reason there is interest here: