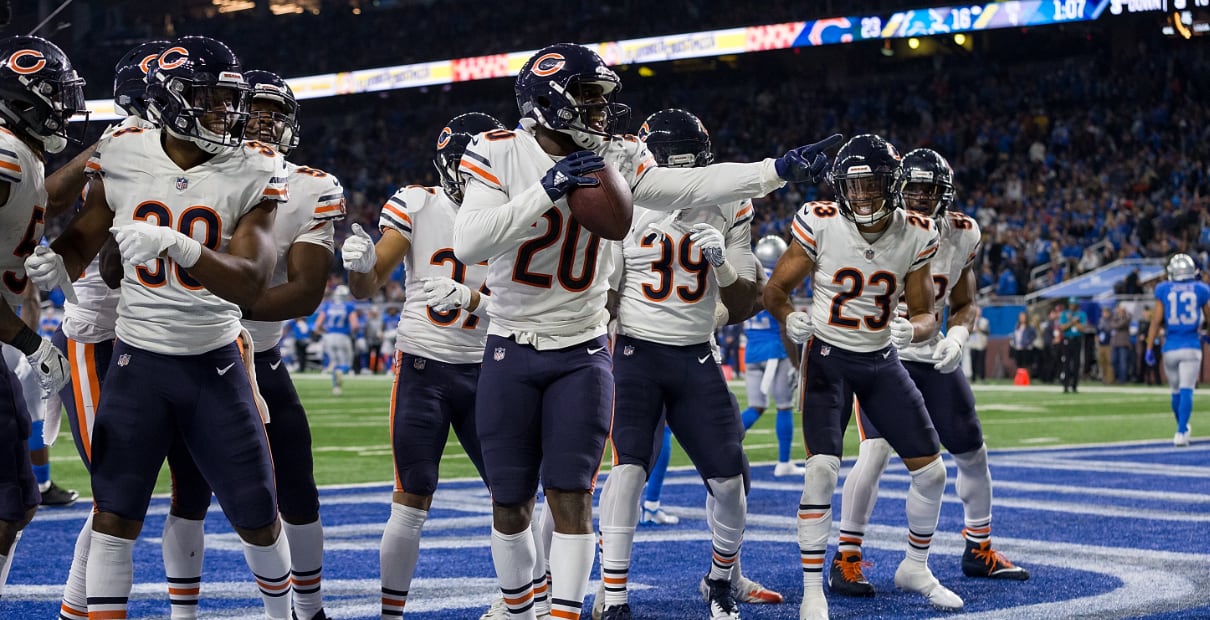 As we get ready to watch what will likely be Matt Nagy’s last Thanksgiving Day game as Chicago Bears head coach, let’s take a look back at his first Turkey Day meeting with the Detroit Lions back in November 2018.

It was a much happier time for Bears fans.

With Mitchell Trubsiky sidelined with an injury, Chase Daniel was under center for the Bears, not unlike this year’s installment that will feature Andy Dalton starting in place of the injured Justin Fields. In this 2018 version of the Bears vs. Lions, the Bears entered the contest with a 7-3 record, while this year, they entered with a 3-7 record. The Matt Nagy era has come full circle in a matter of three years. And not in a good way, mind you.

LeGarrette Blount started the scoring with a four-yard touchdown run for the lowly Lions early in the second quarter, giving the Lions a 7-0 lead over the Bears. A Cody Parkey field goal and a Chase Daniel touchdown pass to Taquan Mizzell (with a failed conversion attempt) put the Bears on top of the Lions 9-7, heading into halftime in Detroit.

But it would be the Lions leading as the game headed into the final quarter. Another LeGarrette Blount four-yard touchdown run gave Detroit a 13-9 lead heading into the fourth quarter. Tarik Cohen (remember that guy?) caught a 14-yard touchdown pass from Chase Daniel to put the Bears back on top, but it was short-lived as Matt Prater nailed a 20-yard field goal to tie the game at 16-a-piece.

Then there was this:

Eddie Jackson’s fifth touchdown of the season put the Bears ahead of the Lions 23-16 and locked up victory No. 8 on the season for Chicago as they topped the Lions on Thanksgiving Day.