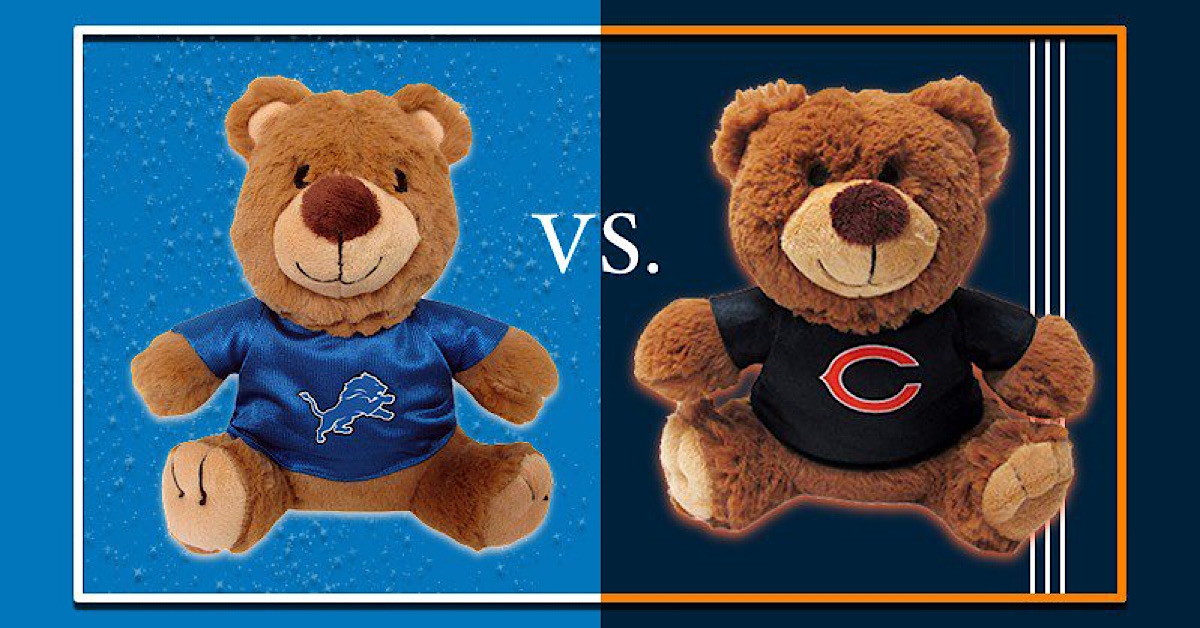 Well, here we are again.

The head coach is a lame duck who might not even see Week 13, the backup quarterback is starting, the roster has been depleted with injuries, and the organization as a whole once again resembles a three-ring circus just in time for a nationally televised embarrassment. An all-too-familiar feeling for Chicago Bears (and sports) fans has returned, and even so, we will tune into the circus and root for something version of a result while we prepare to indulge in the Thanksgiving Day spread.

I like football on Thanksgiving. Thankfully, the Bears drew the 11:30 a.m. slot so that we can get through the game and enjoy the rest of the football and food. And cocktails. Likely many, many cocktails. Responsibly, of course. Enjoy your holiday!

The Chicago Bears lead the Detroit Lions 103-75-5 in the all-time series. The Bears have won six of the last seven meetings with the Lions. Matt Nagy is 6-1 against the Lions and 2-0 on Thanksgiving.

Roquan Smith I said last week that Roquan Smith would have to have one of his best games if the Bears had a shot against Lamar Jackson and the Ravens. Well, it turns out that Lamar Jackson didn’t play, but Roquan Smith did have one of his best games as he registered 17 tackles in a loss to the Baltimore Ravens. So, Roquan did what he needed to do, but it still wasn’t enough for the Bears to beat a Lamar Jackson and Marquise Brown-less Ravens squad. The Baltimore game went about as bad as it could, and the three-ring circus is in full effect here in Chicago. Still, Smith has a Turkey Day assignment of D’Andre Swift.

David Montgomery: returns to the spotlight this week with Justin Fields sidelined and Andy Dalton under center for the Bears. The best-case scenario for the Bears offense on Thursday will be Montgomery getting a heavy dose of touches against the Lions. Montgomery only saw 14 carries against the Ravens on Sunday, which is another example of why Matt Nagy will be gone at some point before next season. Montgomery rushed for 58 yards (4.1 yards per carry) in his 14 touches on Sunday.

Matt Nagy will celebrate Thanksgiving this year, not knowing if this will be his last year (or maybe even game) as the head coach of the Chicago Bears, and say what you will about Nagy, that’s not an envious position to be in. Will Nagy mail it in on Thursday? Will he continue to try to salvage his job? Will it even matter what his game plan looks like against the win-less Lions?

Nagy denied the report that he was informed of his impending firing in his Tuesday afternoon media availability. Still, sources inside the building said he canceled all afternoon and evening meetings after meeting with Bears ownership. What does it all mean? We have no idea, but we’re about to find out in the next couple of days. Either way, I wouldn’t want to be Matt Nagy right about now.