Report: The Bears Aren't Likely to Move On From Matt Nagy With an In-Season Firing (At Least, Right Now) Skip to content 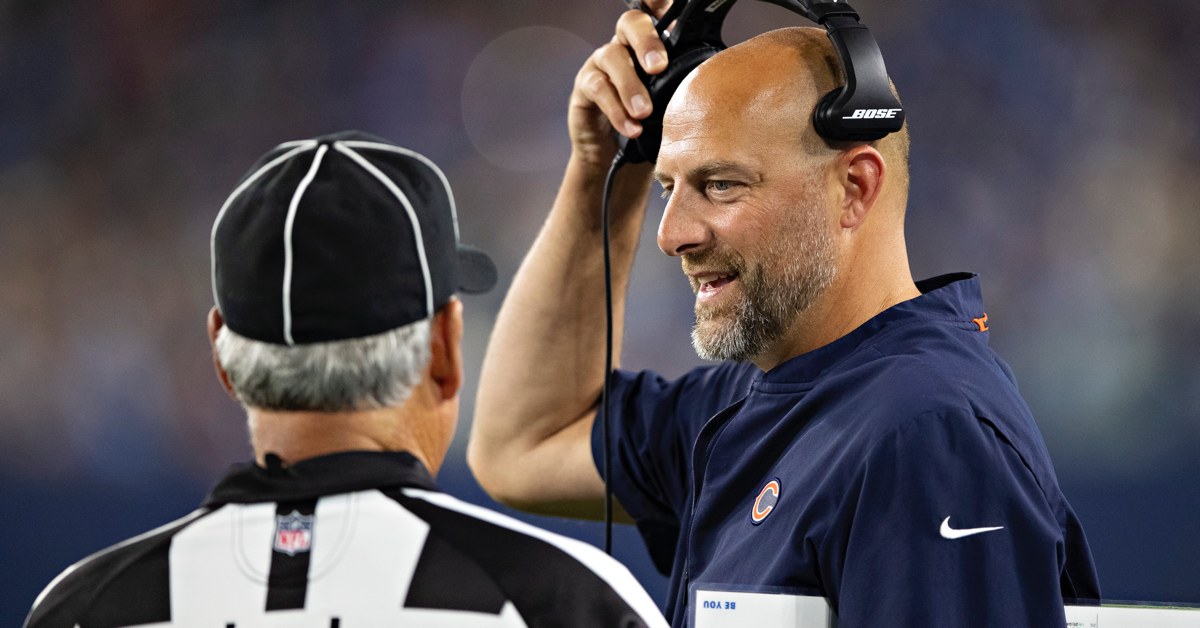 The first of three Thanksgiving games is underway, with the Bears and Lions having begun festivities shortly after the bottom of the hour.

Heck, the Lions are already on the scoreboard because the Bears coughed up a 39-yard pass play from Jared Goff to Josh Reynolds on a 3rd-and-10 play.

But with reports early in the week suggesting this was going to be Matt Nagy’s last game as Bears head coach, getting some clarity on the situation today feels timely:

From @NFLGameDay: Reviewing the status of #Bears coach Matt Nagy, who works for an organization that doesn’t believe in firing coaches midseason. … Plus, an update on #Bears QB Justin Fields and his cracked ribs. pic.twitter.com/kL3R7eqtWl

NFL Network insider Ian Rapoport reports the Bears are unlikely to move on from Nagy with an in-season dismissal.

The Bears aren’t a franchise known for making sweeping, in-season changes. Heck, the team has never made an in-season head coach firing.  And rightfully so, might I add. Not just because of reporting earlier in the week. And not because Chicago’s football team faces an early 7-0 deficit. But because teams can begin interviewing potential head coach candidates starting in Week 16, there is an obvious advantage to making it known that your team is moving on from its coach.

And yet, it’s worth noting Rapoport carefully chooses his words in relaying that the Bears are sticking with Nagy right now (barring some unexpected scenario playing out, of course). Knowing that teams can get a leg up on talking to potential coach candidates, that Rapoport expects Nagy to get “considerable rope through and toward the end of the season” is a sentiment that might be loaded with more meaning than what meets the eye. Just sayin’…