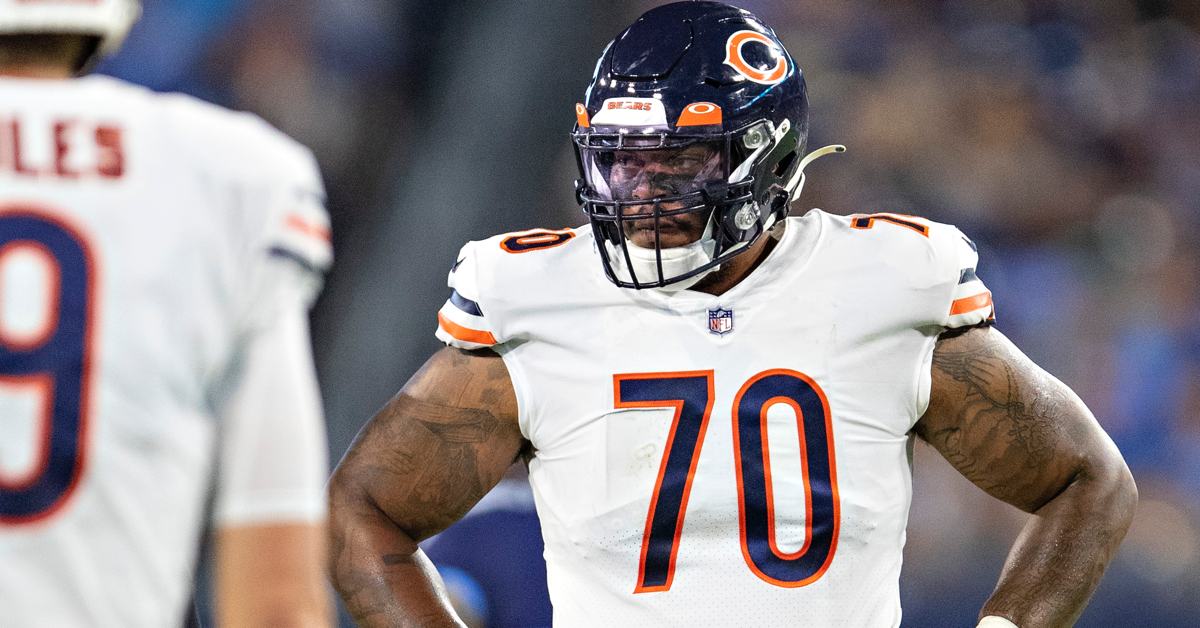 Because it would take a minor miracle for the Bears to go more than 24 hours without news that makes you roll your eyes through the back of your head, here’s something new.

A reserve offensive lineman finds himself going on the Reserve/COVID-19 list. Again:

The Bears announced offensive lineman Elijah Wilkinson is being moved to the Reserve/COVID-19 list.

It is Wilkinson’s second trip to the COVID reserve list during the regular season, and third since joining the team as a free agent this offseason. Wilkinson’s first such trip came on Aug. 3, when he was joined by long snapper Patrick Scales, linebacker Christian Jones, and nose tackle Eddie Goldman. He would come off the list six days later, but fast forward to October, and Wilkinson was making his second trip to the list. The timing of Wilkinson’s second visit to the COVID reserve list was announced just hours before the Bears and Buccaneers were set to kick off. The last-minute change thrust Lachavious Simmons into his first NFL start, although he was eventually replaced by Alex Bars after a disastrous debut. And now, a third trip is here. As if the first two were each so pleasant.

Patrick Finley (Sun-Times) reports Wilkinson is unvaccinated, which puts him under stricter NFL protocols. You can read about the protocols in detail here. There is an extended isolation and quarantine periods, which means there are more hurdles to overcome in order to return to the field.

With this being the third time Wilkinson has found himself in enhanced COVID protocols, I’m curious to know if this will put his future with the Bears in doubt. Wilkinson is only in Chicago on a one-year deal, so I’m not thinking in terms of long-term future. Instead, I wonder if Wilkinson might not make it through *THIS* season. Remember, Wilkinson’s first regular-season trip to the COVID reserve list put the Bears at a competitive disadvantage, forcing the team to start a second-year player with minimal playing experience. Additionally, with Teven Jenkins practicing in his 21-day window for a possible return, someone is bound to be squeezed out of a roster spot if the rookie gets the call. And if the Bears follow through and open the 21-day practice window for Germain Ifedi (still on IR with a knee issue), then it’s another lineman who could re-join the Bears. All of these things adding up have me considering the non-zero chance that Wilkinson is on thin ice.

Save for Wilkinson heading to the COVID list, this is the healthiest the Bears line has been in quite some time. If things remain on this track, a roster crunch along the offensive line is something worth keeping tabs on as the season winds down.