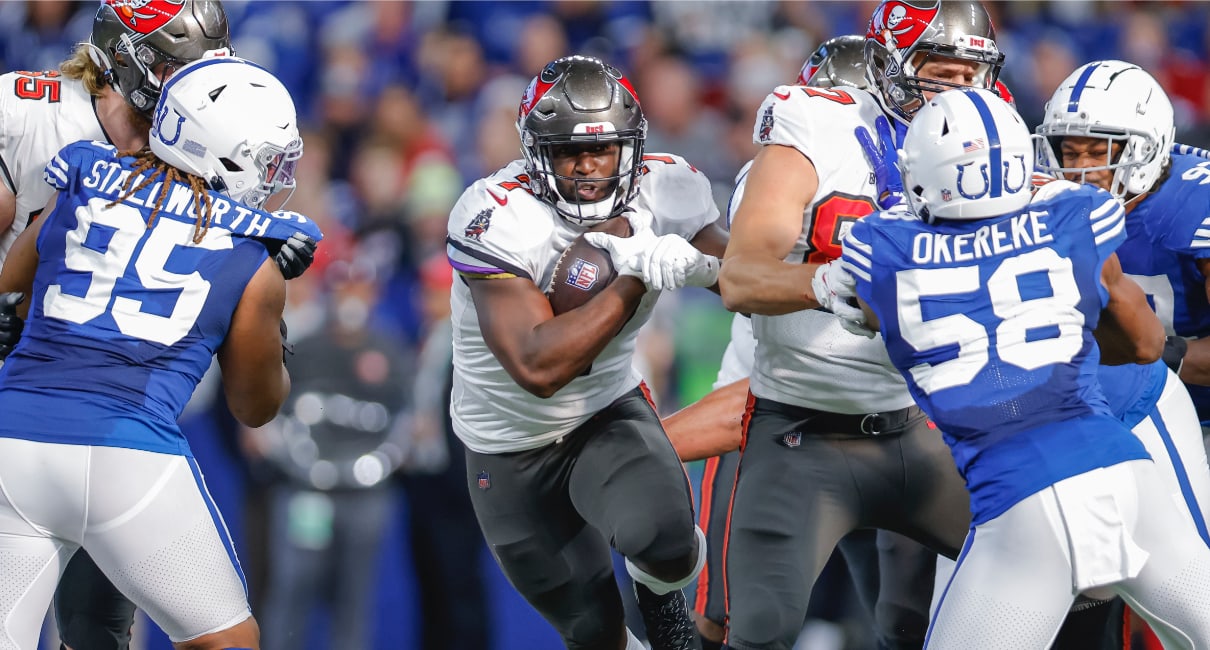 Save for the Monday Night Football game tonight; another week of NFL football is in the books. I hope that you enjoyed your final Sunday of the season without the Bears playing. Matt Nagy is still the head coach, Justin Fields is dealing with cracked ribs, and the Bears are a hot mess. However, there’s no reason why they shouldn’t be able to beat these guys twice:

4th and goal. Kirk Cousins lines up under his guard. pic.twitter.com/pSLh2YFdAb

•   The Vikings fell to the 49ers on Sunday, and they’re now 5-6 on the season, and Dalvin Cook’s status is up in the air after he was carted off the field in the loss to San Francisco. According to Ian Rapoport this morning on GMFB on the NFL Network, Cook has a dislocated shoulder.

From @GMFB: #Vikings RB Dalvin Cook will have an MRI today to see how much damage the shoulder dislocation caused, while #Panthers RB Christian McCaffrey rolled his ankle and left in a walking boot. pic.twitter.com/4QB9PWlpgk

•   Cook will have an MRI today to find out the extent of the damage to the labrum in his left shoulder. According to Rapoport, Cook is already dealing with a torn labrum in his right shoulder.

•   As you heard Rapoport talk about after the Cook update, Carolina Panthers running back Christian McCaffrey rolled his ankle in an embarrassing loss to the Miami Dolphins on Sunday. McCaffrey left the stadium in a walking boot. Cam Newton was benched in the fourth quarter of the loss to Miami after posting a dismal line of 5-for-20, 92 yards, two interceptions, and a 6.7 passer rating.

Cam Newton was benched after a tough day against Miami: pic.twitter.com/2TraD8j3At

Brian Burns calling everyone out 😳
pic.twitter.com/kjoKwwVoTJ

Jaylen Waddle vs the Panthers:

•   The Panthers are now 5-7 and cooked like that Thanksgiving turkey we all devoured last week.

•   Another week, another win for Bill Belichick and the New England Patriots:

•   Mac Jones was on another level this week, tossing for 310 yards, two touchdowns, and a 123.2 passer rating. After starting the season 2-4, the Patriots have won six consecutive games, and Mac Jones has two 300-plus yard passing performances and 11 touchdowns in that span. See what happens when a rookie QB has a good coach leading his development? Let’s do that in Chicago next season.

•   Odell Beckham Jr. caught his first touchdown as a member of the Los Angeles Rams on Sunday afternoon, but the Packers rolled to a 36-28 victory over the Rams at Lambeau Field. COVID toe, broken toe, don’t matter; Aaron Rodgers and the Packers are winning the NFC North.

•   The Bears have a meeting with Kyler Murray and the Cardinals this week, but could the Cardinals be searching for a new head coach next season with the Oklahoma job opening up in Norman?

Oklahoma has targeted Cardinals’ HC Kliff Kingsbury as one of the potential replacements for Lincoln Riley, league sources tell ESPN.

Kingsbury has one year remaining on his contract after this season.

•   I highly doubt it. I can’t see Kingsbury wanting to leave the Cardinals, who are rolling, to lead an Oklahoma program that’s heading to the SEC. But, as we know, money talks.

•   I can not for the life of me figure out what the Chargers are this season. At one point, I thought that they were a lock in the AFC West and Justin Herbert was an MVP hopeful, and now they’re 6-5 and in a three-way tie for second place with the Broncos and Raiders in the NFC West.

•   Speaking of teams that I can’t figure out, the Ravens and Browns both fall squarely into that category. Lamar Jackson returned to action for Baltimore and led the Ravens to a 16-10 victory over the Browns in Sunday’s nightcap.

•   The Ravens moved to 8-3, but possibly the least convincing 8-3 possible, and the Browns are now at .500, and their playoff hopes are dwindling. The Bengals are hot on the tails of Lamar Jackson and the Ravens at 7-4 after they punched the Steelers in the mouth on Sunday, rushing for 198 yards and three scores in a 41-10 rout of the Steelers. The latter are 0-2-1 since the referees gave them a victory over the Bears on Monday Night Football earlier this month.

•   The award for the game of the week goes to the Buccaneers and Colts, who exchanged blows in the early slot on Sunday, with Tampa Bay eventually pulling out a 38-31 victory over the Colts. This one was a punch you in mouth, slobber knocker of a football game, literally:

•   Conversely, the award for the worst game of the week goes to the Jets and Texans, who played a game of  ‘who wants to win less’ on Sunday:

This looks like a Madden glitch coming to life. pic.twitter.com/cF6FetnOMB

•   Jalen Hurts was brought back down to earth a bit on Sunday, tossing three interceptions in a 13-7 loss to the New York Giants, despite throwing Jalen Reagor not one, but two potential game-winning touchdowns that Reagor couldn’t haul in:

You want to know why I hate on Jalen Reagor? Jalen Hurts put the ball in his hands in the endzone 2 times in 4 plays. Both drops. pic.twitter.com/90P1BItfyI

•   Cordarrelle Patterson went off for 16/108/2 in a Falcons victory over the Jaguars. Thank you for the 31 fantasy points, sir.

Top players in the win vs Jacksonville:

•   Speaking of fantasy football… Leonard Fournette GUTTED me yesterday. My opponent got a combined 106 points from Fournette, Miami’s D, and Daniel Carlson. I’m going to drown myself in leftovers from my second (in-laws) Thanksgiving yesterday afternoon. Bye.

Who's ready for some Monday Night Football?! 🙋‍♂️🙋‍♀️@MercedesBenz | #Seahawks | #WashingtonFootball