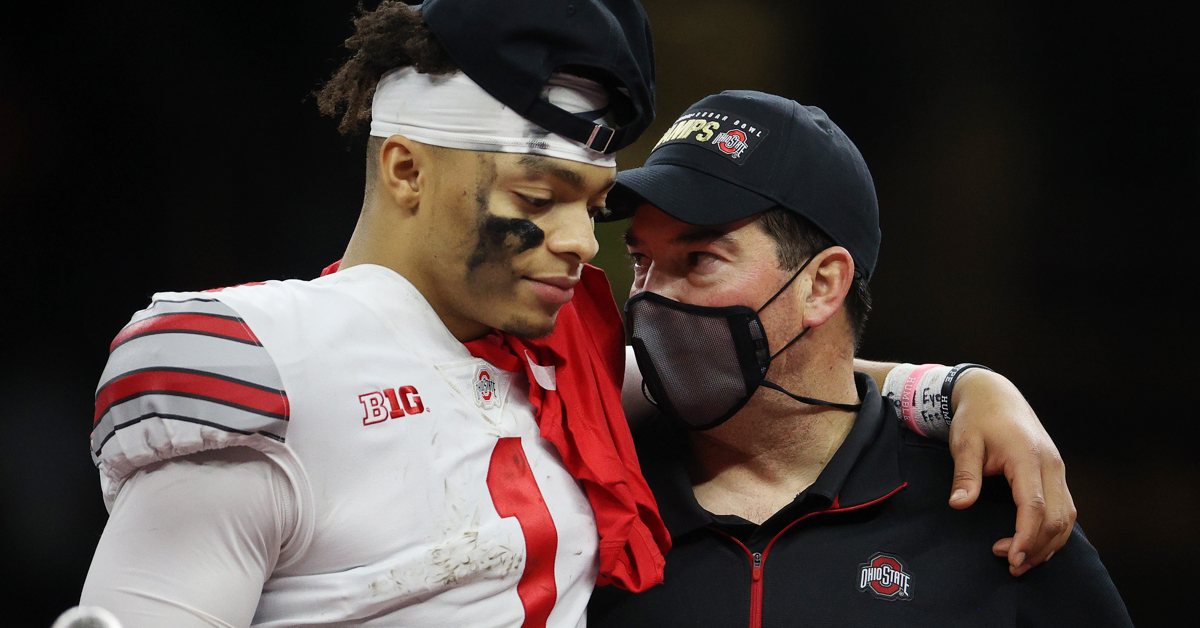 To the victors, go the spoils.

And to the losers … the Chicago Bears head-coaching job?

Later in the segment, co-host (and University of Michigan product) Desmond Howard played along in a playful manner, egging on the idea of Day leaving school and mentioning the Bears as a landing spot. That portion of the discussion was ultimately sparked by a conversation ESPN morning show host Keyshawn Johnson was previously suggesting:

It is the time of year where these conversations take place. Whether it’s in a pre-game talk-show setting, in a round-up of the rumor mill, or in any number of other mediums. A great many names will be connected to job opportunities that aren’t even open yet. So, brace yourself for all sorts of possibilities floating our way from any number of directions.

Now that things are cooking in Arizona, the Kliff Kingsbury Plan figures to be a popular one in NFL circles. Draft a QB, hire a college coach whose system said QB is comfortable in, put up points, then post wins. It’s a copycat league, after all. And seeing that the Bears are hitching their wagons to Ohio State product Justin Fields as their franchise quarterback, it wouldn’t hurt Chicago to explore the possibility. Even if it has a minuscule chance of happening. Heck, because Ohio State is a college football juggernaut, I imagine teams will try to replicate that in some form or fashion no matter who is at QB.

Then again, Day is 33-4 at Ohio State, and I imagine it’ll be tough pulling him out of one of the most prestigious jobs in college football. But the Bears are a heritage franchise and the NFL represents the ultimate challenge. That could be enticing enough for a coach such as Day.

So, while a total long shot, I can see where this makes sense. I’ll need to put on my glasses, lower them on my nose, and squint to make it out. But it isn’t wholly nonsensical.

As speculation continues to build around Matt Nagy’s future with the Bears, discussions will naturally turn to replacements for the Bears head coach. And if Oklahoma can put out feelers for Kliff Kingsbury (and Kingsbury dodged those today in a fun way), then consider the conversation about Day and the Bears an example of us doing our due diligence in casting a wide net for a story that will only continue to pick up steam moving forward.