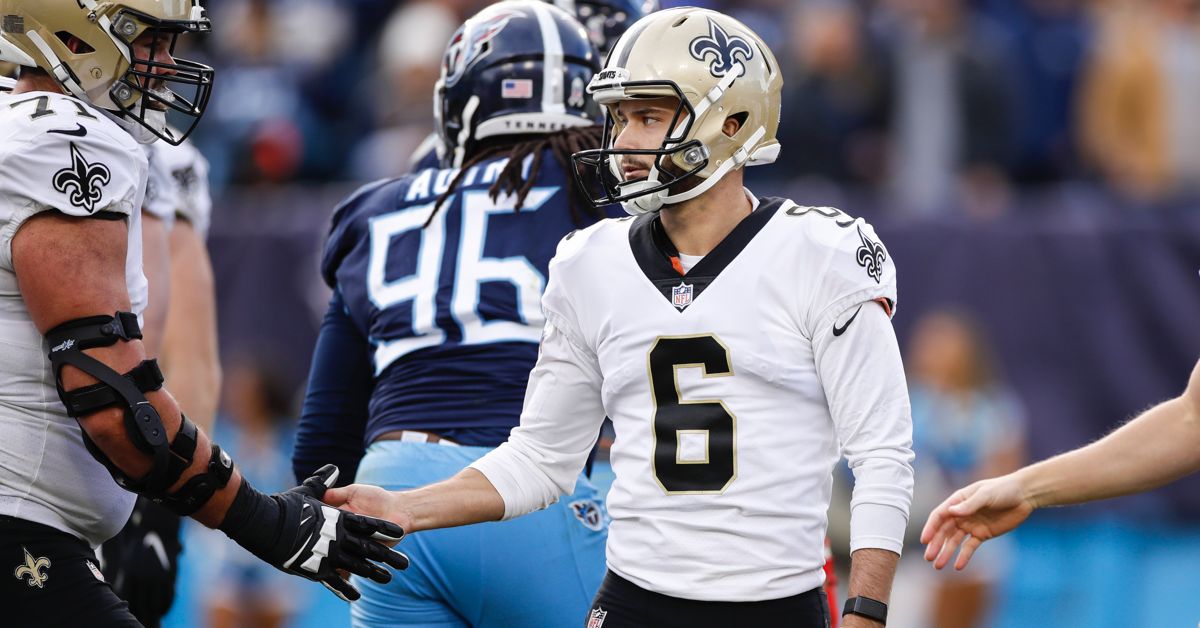 Brian Johnson turned a strong showing at Bears training camp into paychecks from multiple teams in the same year. It’s one of those “Only in the NFL!” stories.

Johnson, who spent time with the New Orleans Saints earlier this season after Cody Parkey went on IR (you know, because one former Bears kicker wasn’t enough) only to return to Chicago last week, is skipping town again:

The Washington Football Team is signing Bears kicker Brian Johnson to their active roster. This marks the second time this season Johnson has been poached off Chicago’s practice squad.

And for what it’s worth, things seemed to go well enough the first time around. Johnson was successful on all eight of his field goal tries in four games with the Saints. However, three misses on PATs — including two in a two-point loss to the Titans — stand out for the wrong reasons. Nevertheless, Washington gains a new kicker after an injury to Joey Slye left the team needing to use punter Tress Way in place-kicking duties. That’s not ideal.

Losing Johnson isn’t a primary concern for the Bears. However, Head Coach Matt Nagy has made it a point of noting the value in having a backup kicker on the practice squad as a break-in-case-of-emergency option. Not that Cairo Santos has given reason to make us waver in our faith. But it’s always good to have a Plan B … just in case.