All right, with Thanksgiving out of the way, we’re back to the regular NFL schedule, and we’re back to our regularly scheduled Thursday afternoon spin around the NFL here at BN. Let’s start in the Pacific Northwest, where the Seattle Seahawks are literally grasping at straws right now in a hope to salvage their season.

•   The Seahawks have signed veteran running back Adrian Peterson, a sign, according to Ian Rapaport, that Seattle is still in win-now mode.

From NFL Now: The #Seahawks signed RB Adrian Peterson, another sign they are in win-now mode. pic.twitter.com/svWAZPU0Zo

•   Are they, though? I mean, they’re 3-8 and sitting in dead last in the NFC West, a division that features three teams that enter Week 13 with winning records. If the Seahawks were to win out, the best they could finish is 9-8. Since Russell Wilson returned to the lineup from the finger injury, well ahead of the original timeline for recovery, the Seahawks are 0-3 with losses against Green Bay, Arizona, and Washington.

•   Wilson himself has completed 54-of-97 passes for 615 yards, two touchdowns, two interceptions, and nine sacks in three Seattle losses. His yardage and passer rating has increased in each of the three games he’s played since coming back, but I don’t think the Seahawks have enough around him to dig themselves out of a 3-8 hole. Rest him, play him; it doesn’t matter; Seattle is toast.

•   Seattle’s NFC West counterpart, Arizona, however, is rocking and rolling, and they might be getting a boost on the defensive end if they can continue their push for the postseason down the stretch.

Is JJ Watt coming back for a playoff run??

"There is a realistic chance that he comes back if the Arizona Cardinals keep winning" ~@RapSheet#PatMcAfeeShowLIVE pic.twitter.com/pr21XRzfSa

•   On the Pat McCafee show today, Ian Rapoport said there is “a realistic chance” that J.J. Watt can return before the Super Bowl, or perhaps even the NFC title game, if the Cardinals were to make it that far. I mean, that’s cool, but whatever. It’s Week 13. I think we might be getting a little bit ahead of ourselves if we start talking about J.J. Watt making a late playoffs return to the Cardinals.

•   Hey, something positive for us Bears fans!

Good morning to everyone, but especially to Robert Quinn — the NFC's Defensive Player of the Month!https://t.co/PMOfz55jQ4

•   Robert Quinn has been a force for the Bears this season, and unfortunately, they pretty much suck, so no one is giving him the praise he deserves for one heck of a comeback season. But we’ll gladly carry that load.

•   Jonathan Taylor was an absolute MONSTER in November. I could have had him as my keeper in fantasy football this season, but I’m an idiot.

•   Let’s not forget about the rookies:

•   Bills fans have a reputation of being a raucous, and sometimes even ridiculous, fan base, but this is an incredible story about the uber-passionate fan base coming together for a great cause:

When Bills CB Tre’Davious White found out he tore his ACL at the Thanksgiving game against the Saints, fans sprang to action to do something to honor him. As of Wednesday, $108,359 have been donated for the Food Bank of Northwest Louisiana in his name. https://t.co/k3pnADotur pic.twitter.com/y2jx0Mzojv

•   Antonio Brown has been out since he suffered a sprained ankle in Week 6 against the Eagles, and according to Adam Schefter, he won’t be back until at least Week 15.

Buccaneers' WR Antonio Brown is expected to miss at least the next two weeks at Atlanta and against Buffalo with the sprained ankle he suffered in Week 6 at Philadelphia, per source.

•   Hmmm, 🤔. Maybe the Dolphins were wise to hold off on that whole Deshaun Watson trade idea.

•   Speaking of the Cardinals:

Behind the Scenes of “The Bears Are Who We Thought They Were!”https://t.co/hdoBkMiWA8

A Michigan Prep Basketball Team Stumbled into a Video Chat with the Tampa Bay Buccaneershttps://t.co/uDbYf7sydX

•   I leave you today with this, a playoff picture heading into Week 13 tonight:

The AFC and NFC standings through Week 12. 👀 pic.twitter.com/9GZxsfLlK3 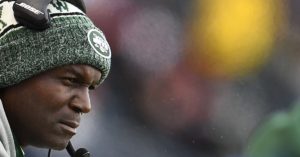