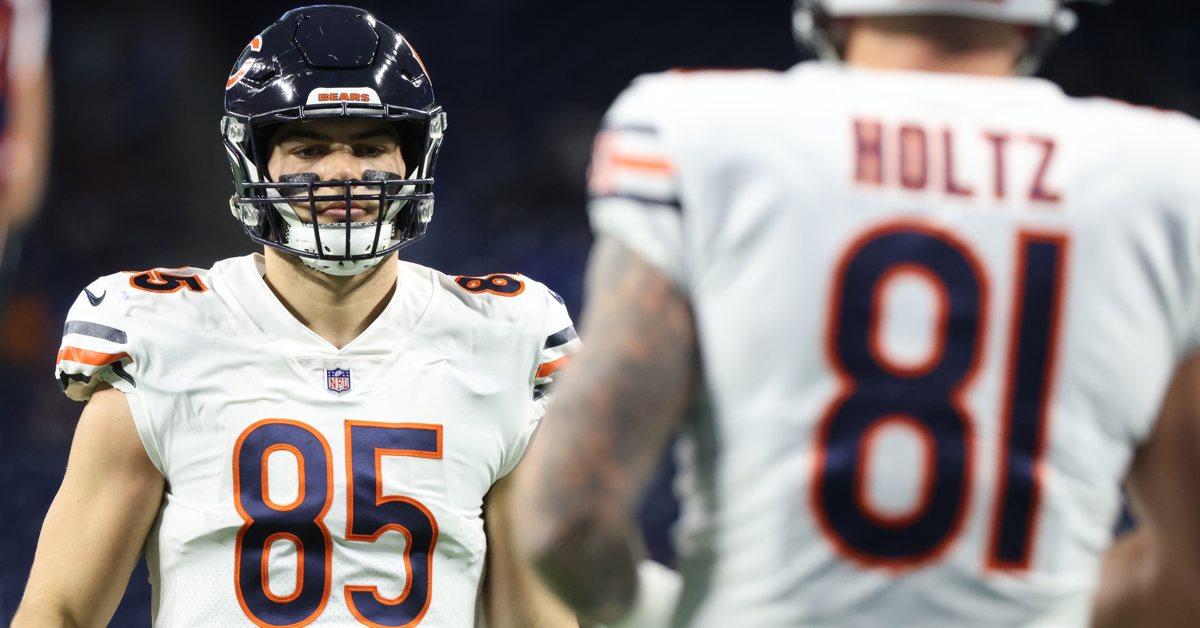 It was like a jab to the gut when seeing Cole Kmet’s name pop up on Wednesday’s injury report.

Things have been trending in the right direction lately for Kmet. The second-year tight end has more catches and receiving yards through 11 games than he did in 16 games last season. It has been a steady climb for Kmet, whose recent production suggests the arrow is still pointing up. Kmet has been given at least five targets in five of his last six games. And he has a turned that action into 40+ receiving yards four times. In other words, the last thing the Bears need is Kmet being unavailable as his development starts hitting its stride.

With that in mind, it was a bit encouraging to see Kmet upgraded from not practicing on Wednesday to being a limited participant on Thursday. It is a small step, but one that comes with a sigh of relief. Groin injuries can be tricky. But if Kmet can play through it, then Chicago’s offense will be better for it.

Ugh. Still no practicing for Akiem Hicks, Allen Robinson II, Roquan Smith, Marquise Goodwin, Mario Edwards Jr., or Damien Williams on Thursday. That’s four starters (Hicks, Robinson, Smith, Goodwin) and two top backups (Edwards, Williams). And in the case of Edwards, it’s the absence of a top backup who would be in a position to start if an injured starter (Hicks) was unable to go.

But it’s not *ALL* bad. Justin Fields was practicing for a second consecutive day. And while it came with limitations, it remains encouraging to see he is still able to put in work with practice reps.

Even still … it’s rough going for the Bears. Especially since their opponent this week is getting healthier by the day:

From TNF First Look: The #AZCardinals are expected to have both QB Kyler Murray (ankle) and WR DeAndre Hopkins (hamstring) on the field this Sunday, barring a setback, sources say. pic.twitter.com/jZrIgIgbbw

More to come on Friday, when the final injury report of the week will come with the clarity of game-day designations for these Bears.