A Pleasant Surprise: Roquan Smith is Questionable to Play Sunday Despite a Hamstring Injury Minimizing His Availability Skip to content 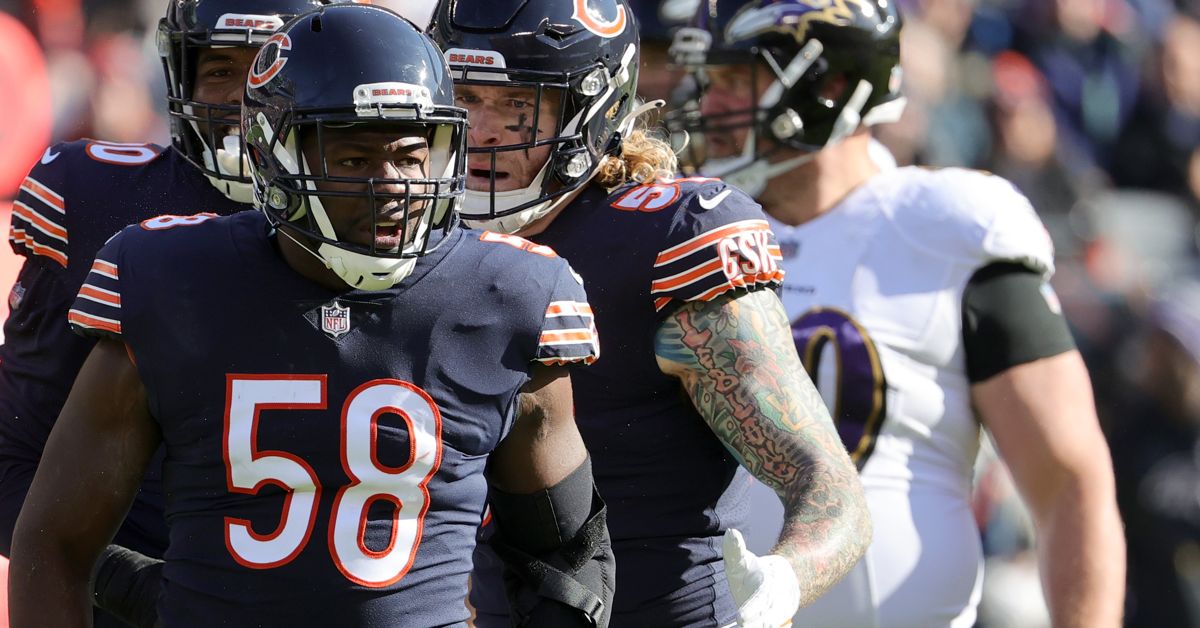 Justin Fields did not gain the medical clearance necessary to return to his QB1 spot on Sunday against the Cardinals.

And while that’s a bummer for those who were looking forward to a potential high-scoring affair with Kyler Murray quarterbacking Arizona, Friday’s injury report update wasn’t all bad:

Bit of a twist in #Bears practice today. Roquan Smith was out there (hamstring injury). Looked great. Officially questionable for Arizona game. pic.twitter.com/w9Tt7rLyLN

After missing a pair of practices to start the week, linebacker Roquan Smith was practicing with limitations. And in the opinion of Bears sideline reporter Mark Grote, Smith was looking good on the practice field. That feels like a step toward progress. The only thing more surprising than Smith being able to practice was his designation as questionable to play in Sunday’s game. Not only is Smith an impact player, he is at the heart of this defense. In his fourth year with the Bears, Smith has grown into a leadership role and should be seen as a building block for this franchise. If he can give it a go, Bears fans will be thankful. And I imagine his teammates will feel similarly, too.

If Smith suits up, plays at full strength, and balls out, then his Pro Bowl vote numbers will only go up from here. Every vote has been one that’s well-earned to this point.

As for the rest of the Bears injury report:

Akiem Hicks, Mario Edwards Jr., and Marquise Goodwin are OUT because of their respective injuries. Hicks hasn’t played since being in on just 49 percent of the team’s snaps in Week 9 against the Steelers. Goodwin and Edwards both played in Week 11, but Goodwin’s injury that came in the game against the Lions will keep him out of the lineup. That won’t make Andy Dalton’s life as QB1 any easier. And neither will the fact that Allen Robinson II is doubtful to play because of a hamstring issue. Robinson hasn’t seen game action since the Steelers game either.

At least Cole Kmet gets another upgrade, this time to full participation. There is no game-day designation for Kmet, whose groin put limitations on his practice reps earlier this week. But all signs are pointing toward Kmet suiting up.

These injury reports get tougher to write as names continue to pile up. In the end, whomever is available on Sunday will get a chance to put out some good tape if they take advantage of their opportunities.