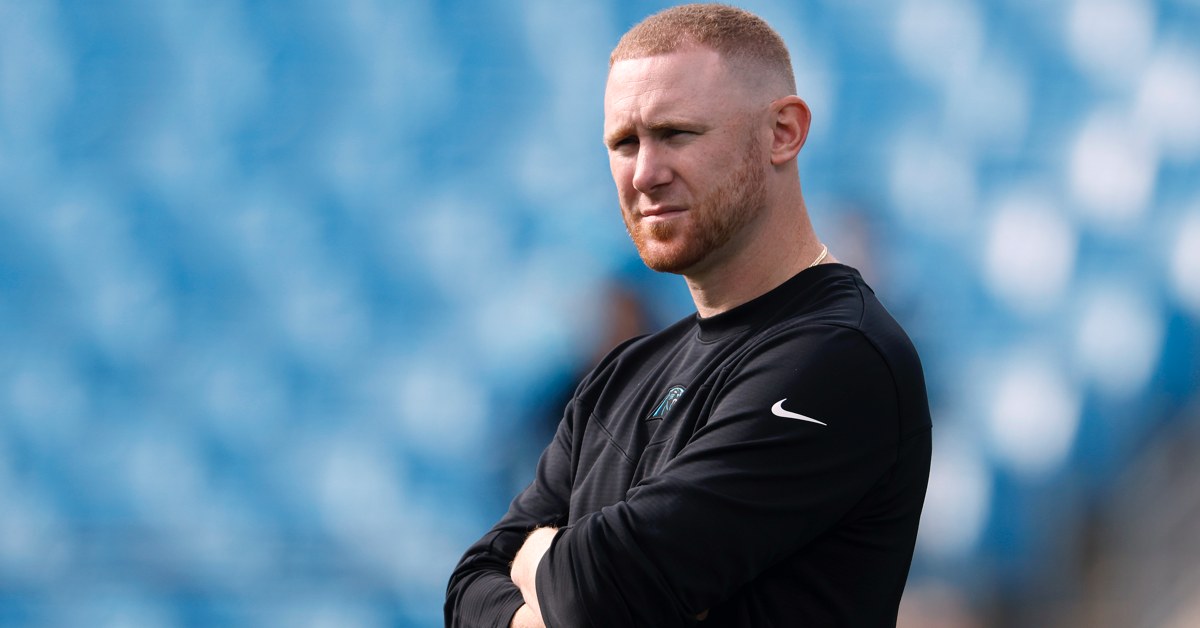 Joe Brady parlayed turning Joe Burrow, Justin Jefferson, Clyde Edwards-Helaire, and others into college football’s version of The Greatest Show on Turf into an offensive coordinator’s gig with the Carolina Panthers.

And after hot starts in each of the first two seasons, Brady’s name was thrown into a bunch of future head-coaching scenarios at the NFL level. But things fell flat in each of those seasons. As a result, Brady is out in Carolina:

What a fall from grace.

The Panthers are 5-7. Their offense ranks 23rd in points and 28th in yards. Injuries to Christian McCaaffrey aside, this unit should’ve been better. Then again, maybe the expectations were too high for a group led by Sam Darnold. In any case, this is aa quick and dramatic fall for Brandy. Remember, Brady had head coach interviews with the Panthers, Falcons, and Jets in January 2021. Fast forward to the first weekend in December, and Brady is out of a job. That’s how quickly your fortunes can change in the NFL.

I’ll be curious to see what Brady’s coaching future holds. Being fired in the middle of your second season running a professional offense isn’t a great look. But Brady can still point to highlights on his résumé. And he should have enough connections in college and the pros to find a soft landing. There was a time in which I would have offered Brady’s name as someone the Bears should kick the tires on should they pursue coaching changes. And maybe there is still a role for him somewhere. It’s just that it doesn’t look like that head-coaching gig is in the cards for him.