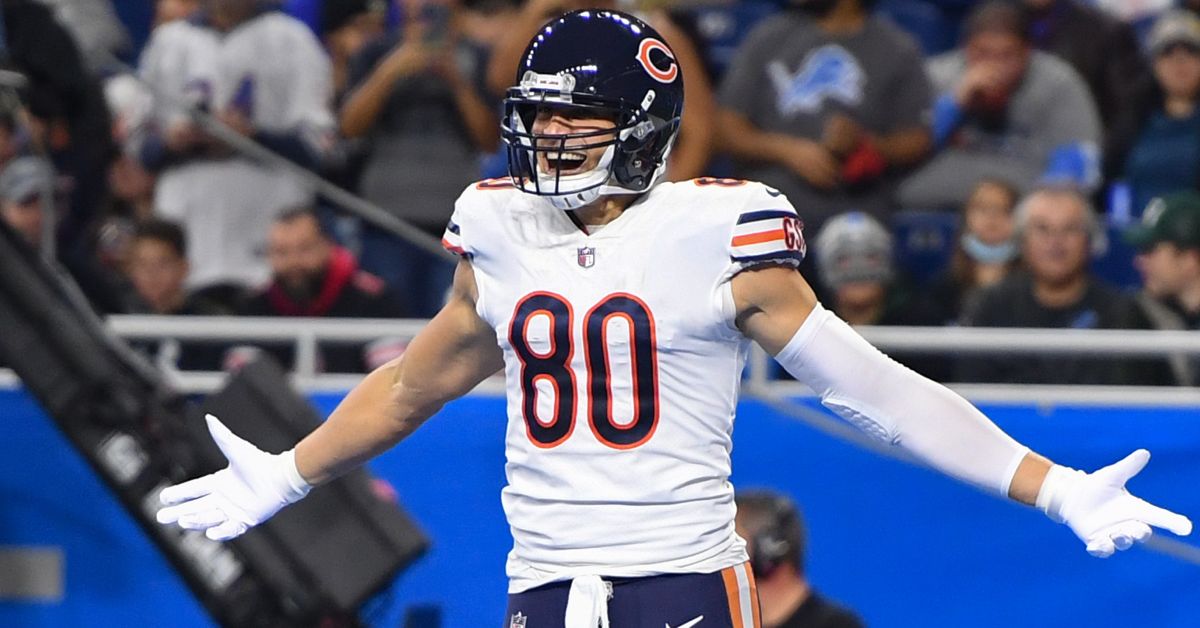 On the field, Jimmy Graham has taken to more of a mentorship role while seeing a decline in playing time from last year. But off it, Graham continues to do wonderful work giving back to the community.

And with that said, the Bears are naming Graham their Walter Payton Man of the Year award recipient for the second straight year. Yep, that’s right. Graham was last season’s team nominee, too. You just gotta love players coming to town, and immediately making a positive impact by giving back. ‘Tis the damn season of giving, after all.

The team was trying to surprise Graham with a news ambush, but the 35-year-old 10-year pro caught ’em trying to be slick:

Winning the Walter Payton Man of the Year award is a big deal. It’s one of football’s most prestigious honors to win an award commemorating your excellence on (and off!) the field. And between Graham’s overall résumé and his continued community work, the Bears tight end checks both boxes.

Through The Jimmy Graham Foundation, he has given flights to 50 veterans over the last year, donated two tickets to each of the Bears’ home games, been the provider for Thanksgiving meals for youths in Ignite’s community and residential programs, and more. And to think, there are 31 other NFL players who are getting this team honor around the league and doing similar things for others in their respective communities. If only for a moment, it’s nice to take some time to think about that stuff and give it some mental space. After all, “some things are bigger than football” should be more than just another saying.

You can check out the rest of the 31 other nominees here.